How To Dial In Grind

View a complete listing of our PID espresso machines.

What Are PIDs? Overview and History

This photo shows a digital PID controller on a Quick Mill QM67 Evo.

PID stands for Proportional Integral Derivative. Fancy name, but it's pretty much a temperature controller that uses an advanced algorithm to maintain the temperature of the machine at a programmed or set temperature.

There is some disagreement relating to when the first espresso machine had a PID. The first machine to have a PID was Stein-O-Matic machine produced for a limited time in the 1980s, but the purpose of the PID on this machine was not to maintain temperature stability. So a lot of people credit an owner of a tofu manufacturing business, Andy Schector, as being the first person to use a PID on an espresso machine with the express purpose of maintaining temperature stability. He was already using PIDs in his tofu business, so he knew a lot about them and decided to add one to his Rancilio Silvia espresso machine. He did this in 2001. Shortly afterwards, La Marzocco started selling one of their machine models with PID upgrade option, making it the first brand to have PIDs on their machines. Other brands quickly followed suit and now most prosumer and commercial espresso machine brands have at least some models with PID controllers.

How important is PID on espresso machine?

Most PID controllers allows users to increase or decrease the temperature, which can have a big impact on the flavor of espresso being brewed. Every coffee bean has a different ideal brew temperature, so having a PID temperature adjuster for brewing espresso has the biggest impact, but PIDs can also be used to adjust the temperature of the steam boiler. Increasing or decreasing the steam boiler temperature will allow the user to fine tune the steaming performance of the machine. Some people prefer a hotter and drier steam, while others prefer the steam to be a bit cooler. A higher temperature means more steam pressure and a lower temperature means less steam pressure. There are certainly pros to having a PID on your coffee machine and there really aren't any cons - except that machines without PIDs are usually lower priced, than machines with PIDs.

This graph represents the temperature fluctuations of an espresso machine that has a PID. The ups and downs are related to the PID pulsing the boiler on and off to maintain the temperature. 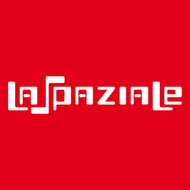