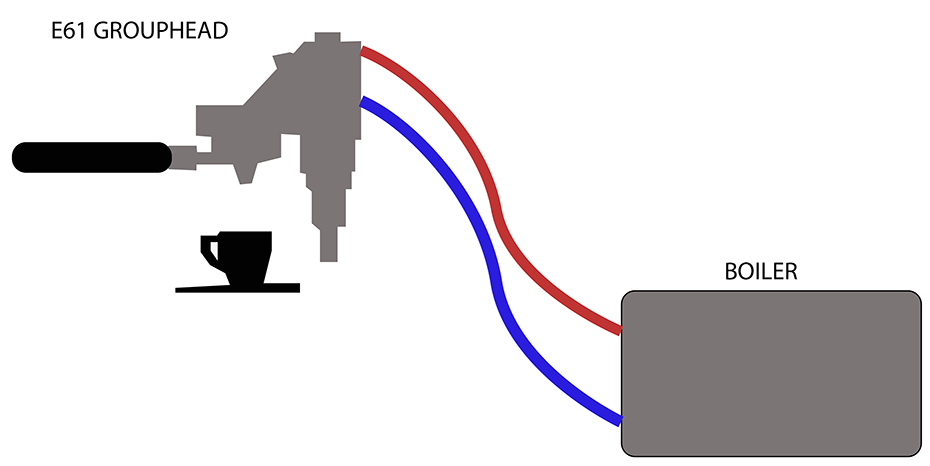 To give credit where credit is due, the inventor of the E61 design was a man by the name of Ernesto Valente. He put the original design on an espresso machine called the Faema E61. Ernesto named the grouphead design E61 because there was a solar eclipse in 1961, so E61 is short for Eclipse of 1961.

The design uses a thermosiphon heating circuit to pull water from the boiler to the grouphead and back to the boiler. This design keeps the temperature of the heavy brass (about 9lbs of brass) grouphead nice and stable as well as evenly distributed across the metal in the grouphead. While there are newer designs such as saturated brew groups that have better temperature stability, the design of the E61 keeps the temperature more stable and evenly distributed than machines with electrically heated groupheads.

Another added benefit of the E61 grouphead design is that they have built in passive preinfusion, where the brew water is initially applied at a lower pressure level, prior to full pressure being applied. This feature prewets the coffee allowing for a more even extraction of espresso. With machines that are directly connected to a waterline you can also get water line preinfusion using the middle position of the grouphead lever.