I have used a Rocket Fausto Espresso grinder for quite a few years and have really enjoyed it a lot!  The Fausto is branded as a Rocket product but is actually made by Eureka.  If you have not heard of Eureka, they have been around for quite some time and make a fantastic espresso grinder.  The Nuova Simonelli G60 is also made by Eureka and branded as a Nuova Simonelli product.  As I step through this review, I think you will see how similar the Nuova G60 is to the Rocket Fausto I am quite accustomed to.  Its almost as if... they came from the same factory or something? 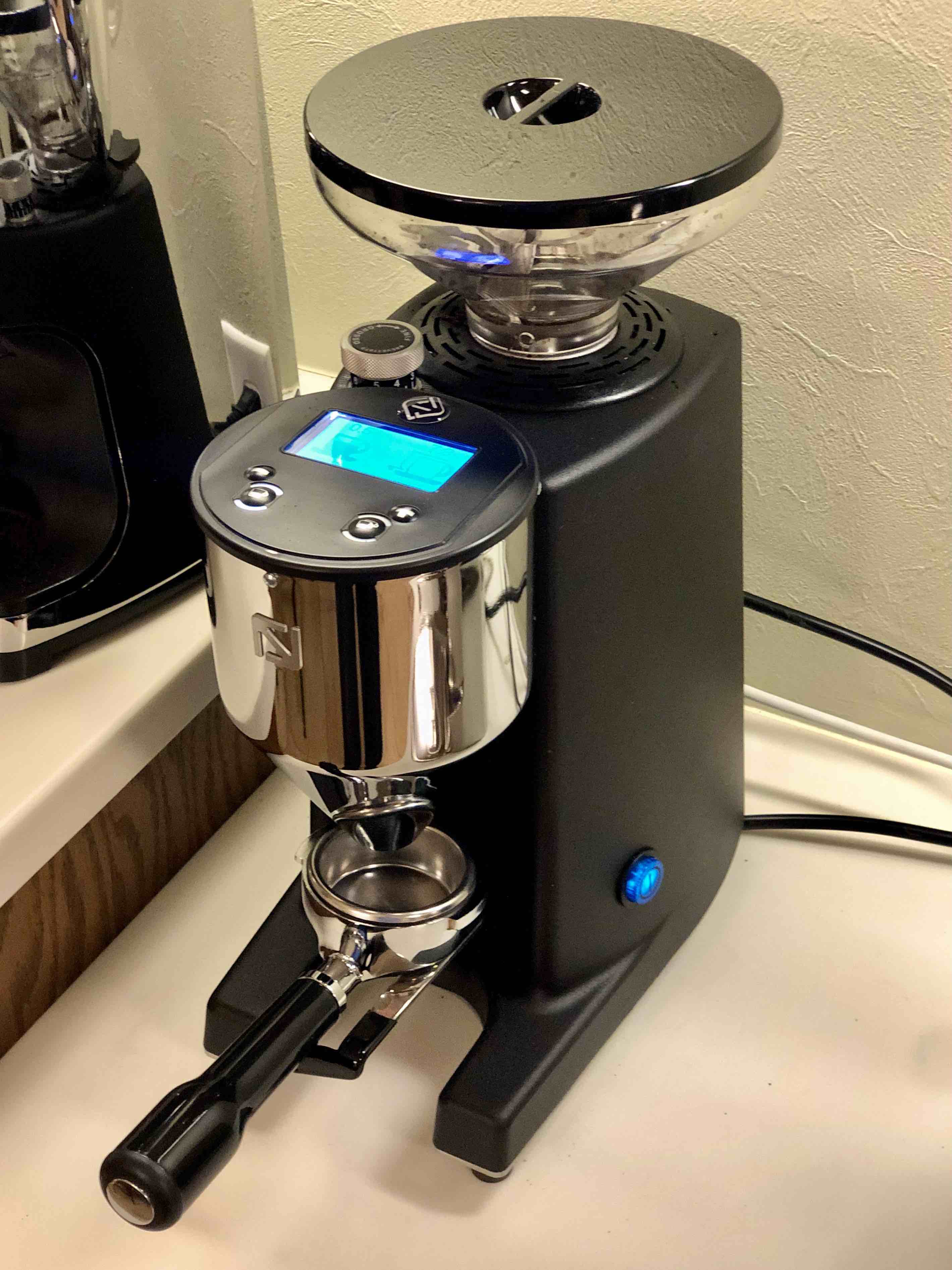 The Nuova G60 arrives in a regular box with the Nuova logo on the side.   Honestly nothing spectacular but the branding and the Simonelli tape should get you excited to take a peek inside. 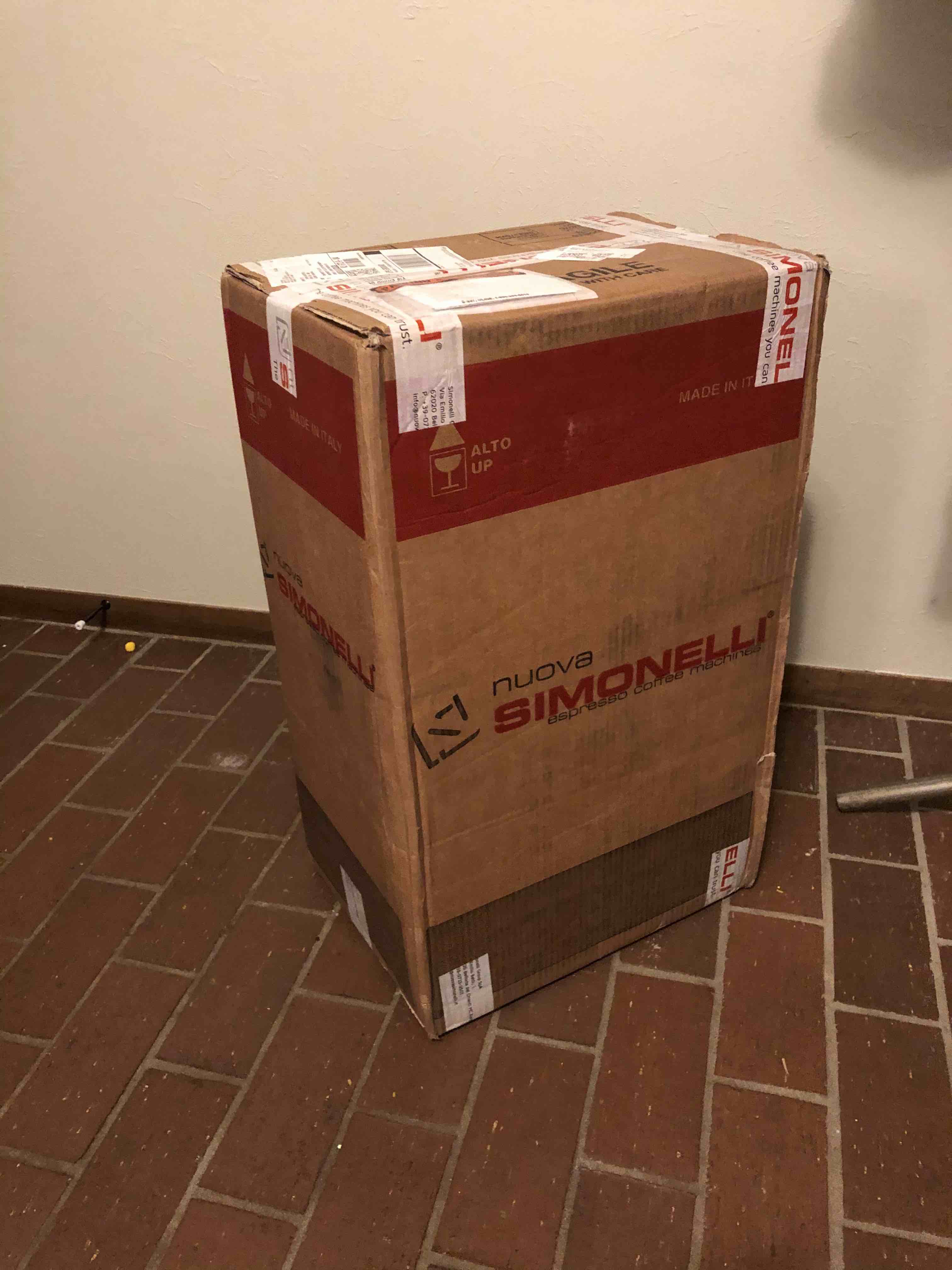 For me, pulling the grinder from the box was more of a hassle than some other grinders.  The foam seems to protect the grinder well, but was awkward to slide out without dropping the grinder.   Luckily it did not drop, but make sure to take care and slide out from the side if at all possible.  The lid on this grinder did come with a few scuffs on it.  I really didn't notice the scuffs as I used. 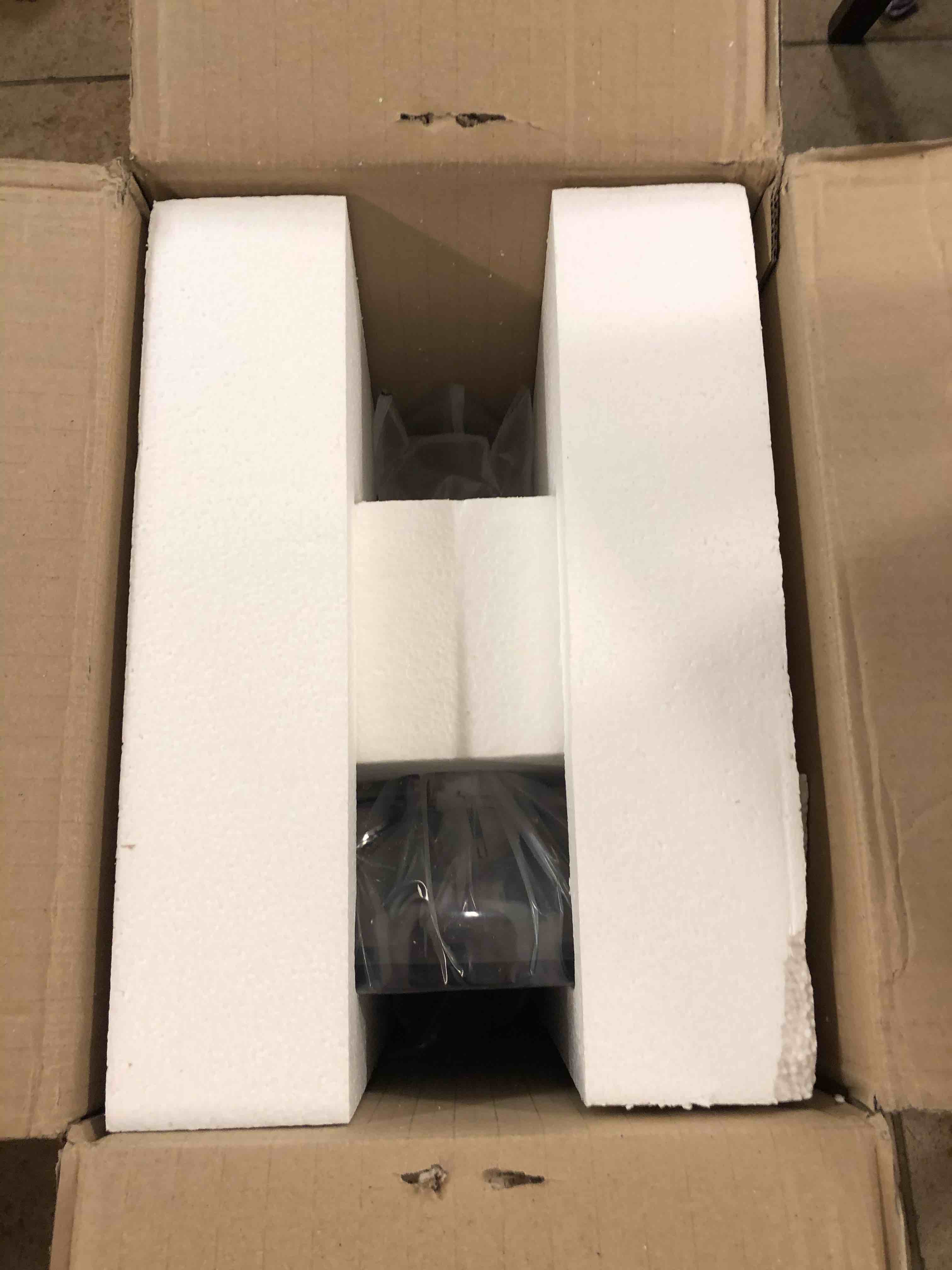 I always like to take a first impression look at a product.  I am already noticing a lot of similarities between this and the Fausto, as I had expected.  It was a tad shorter but that was mostly because of the slightly more squatty hopper.  The thing definitely has a lot of elegance but also quite commercial. 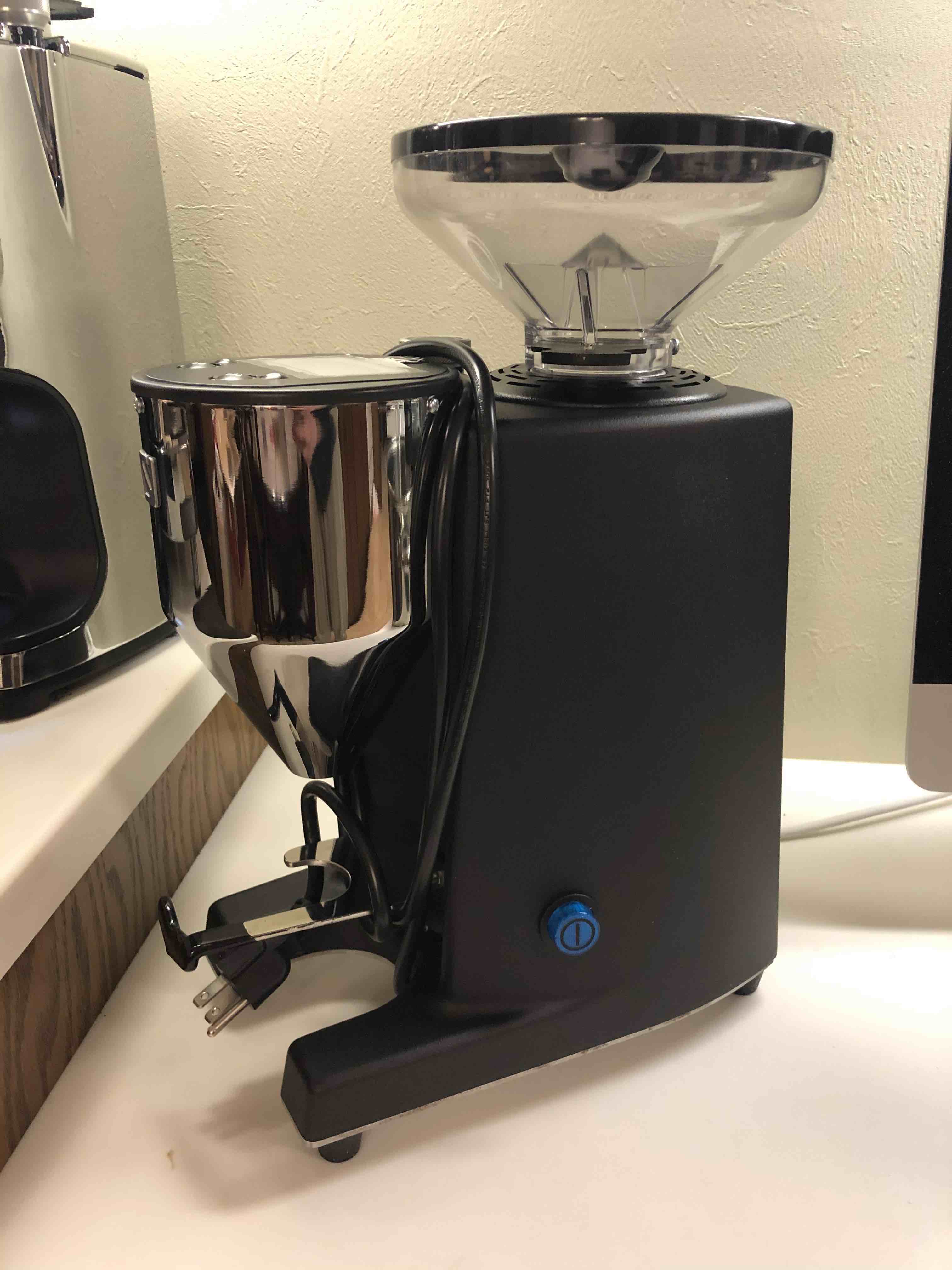 The first thing I noticed when starting to unpack everything is that it uses the same hopper as the Eureka Atom 75.  Assembly is a snap, only requiring you to place the hopper on top of the grinder and tighten the screw down to hold it in place.  One thing I wish Nuova would have requested is a rubber gasket between the hopper and the neck of the grinder where the hopper attaches.  Many grinders to not have this, but I feel like the ones without the rubber gasket tend to be a tad louder. 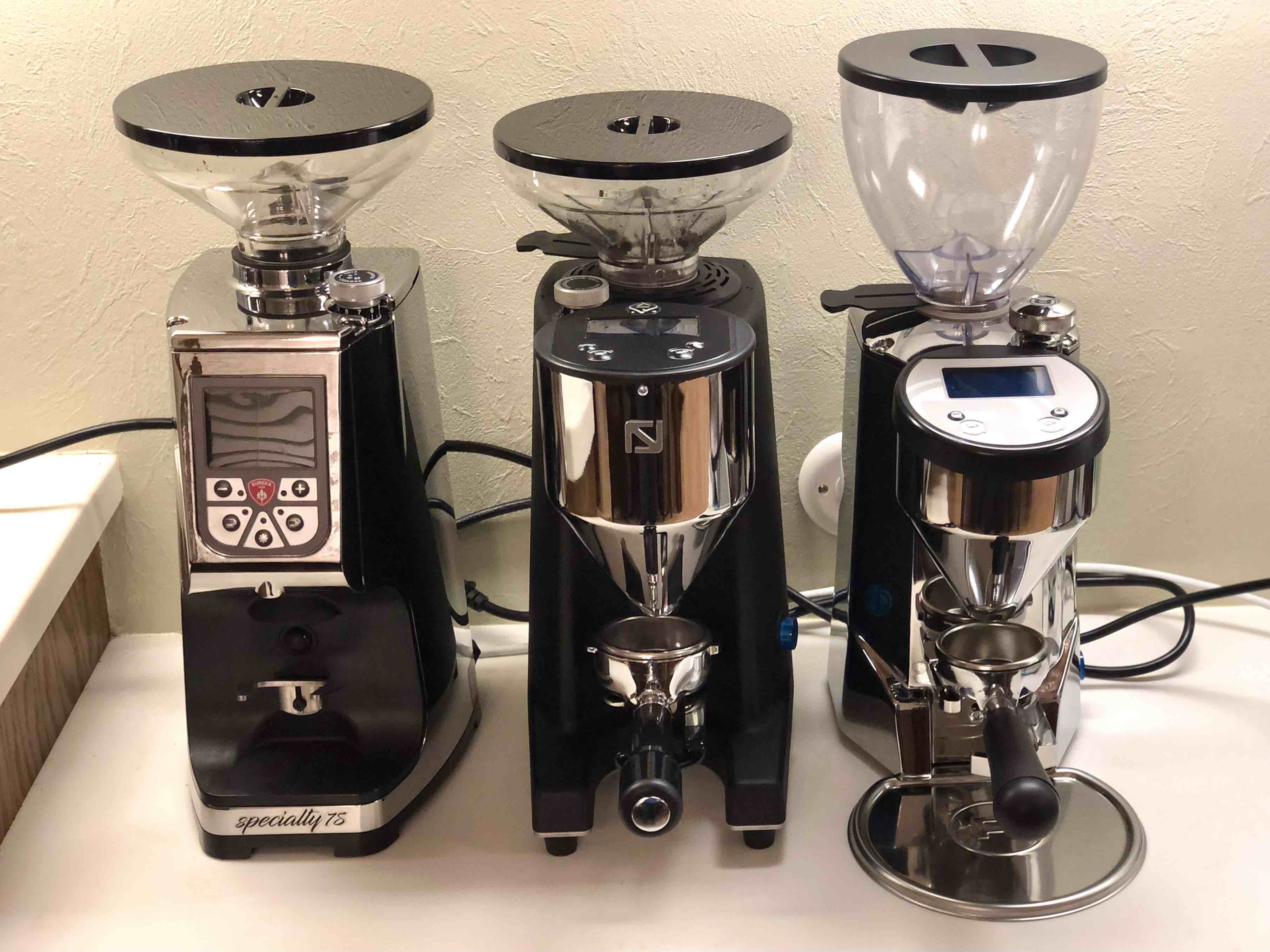 The display is built into the funnel/chute.  I have always been fond of the appearance, similar to the doserless Mazzers with electronic dosing.  This is very reminiscent to that. 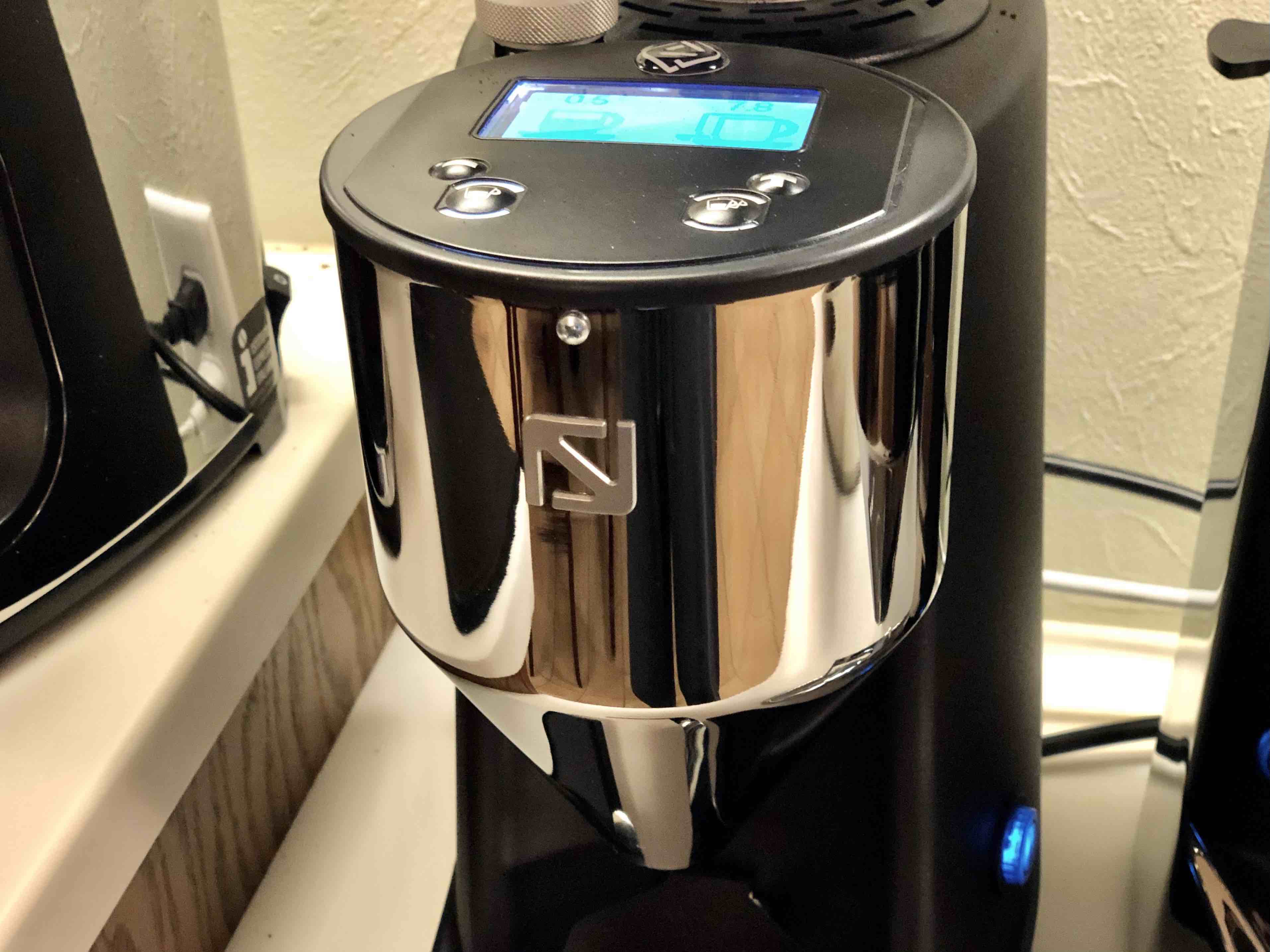 The display itself is also very familiar, as it is the same as the Fausto I had used for quite some time.  Hmm noticing a trend here.  If you've read any of my other reviews you will know I love Eurekas electronics.  They are so basic, but work amazing.  No crazy menus to sift through, no holding down buttons.  It just works. 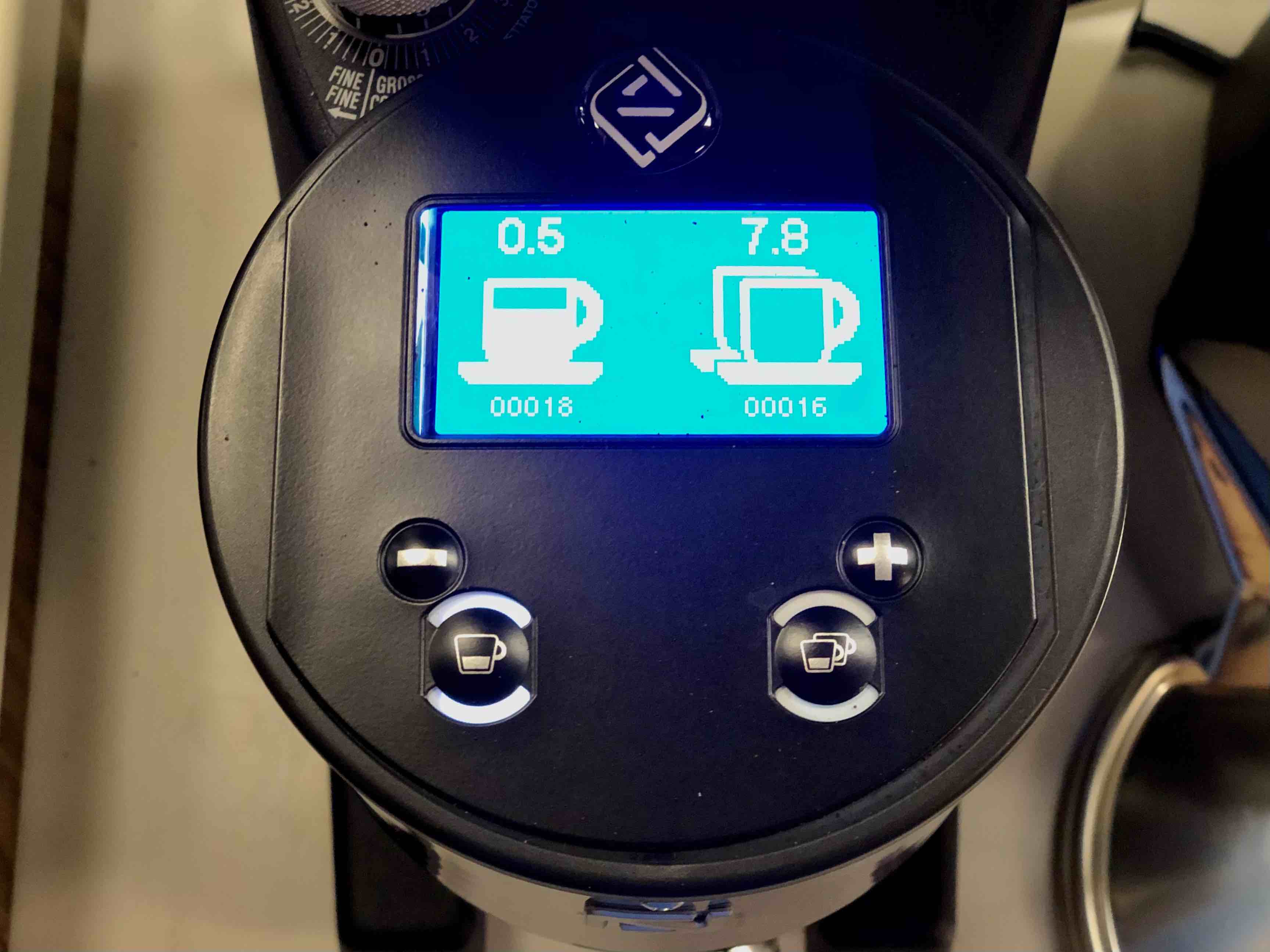 There are two buttons for single and double shots.  These can be set to any time you wish, not just single and double shot.  I usually set my single shot button to 1/2 second to top off my portafilter if need be, or to purge grounds in the morning.   The other two buttons are a + and - symbol to increase and decrease the time.  The time duration is show on the screen in second and 1/10 seconds.  The display also counts total number of single and double shots pulled. This can be reset if you would like to reset after changing burrs.

The portafilter cradle comes pre installed.  Similar in function to the Rocket Fausto, but was stamped and bent sheet metal.   I honestly don't mind this cradle, as it holds the portafilter hands free quite easy.  When using a bottomless portafilter, you might need to hold it in place to prevent it from sliding off, but after using the Fausto for years, I never really had any issues with it. 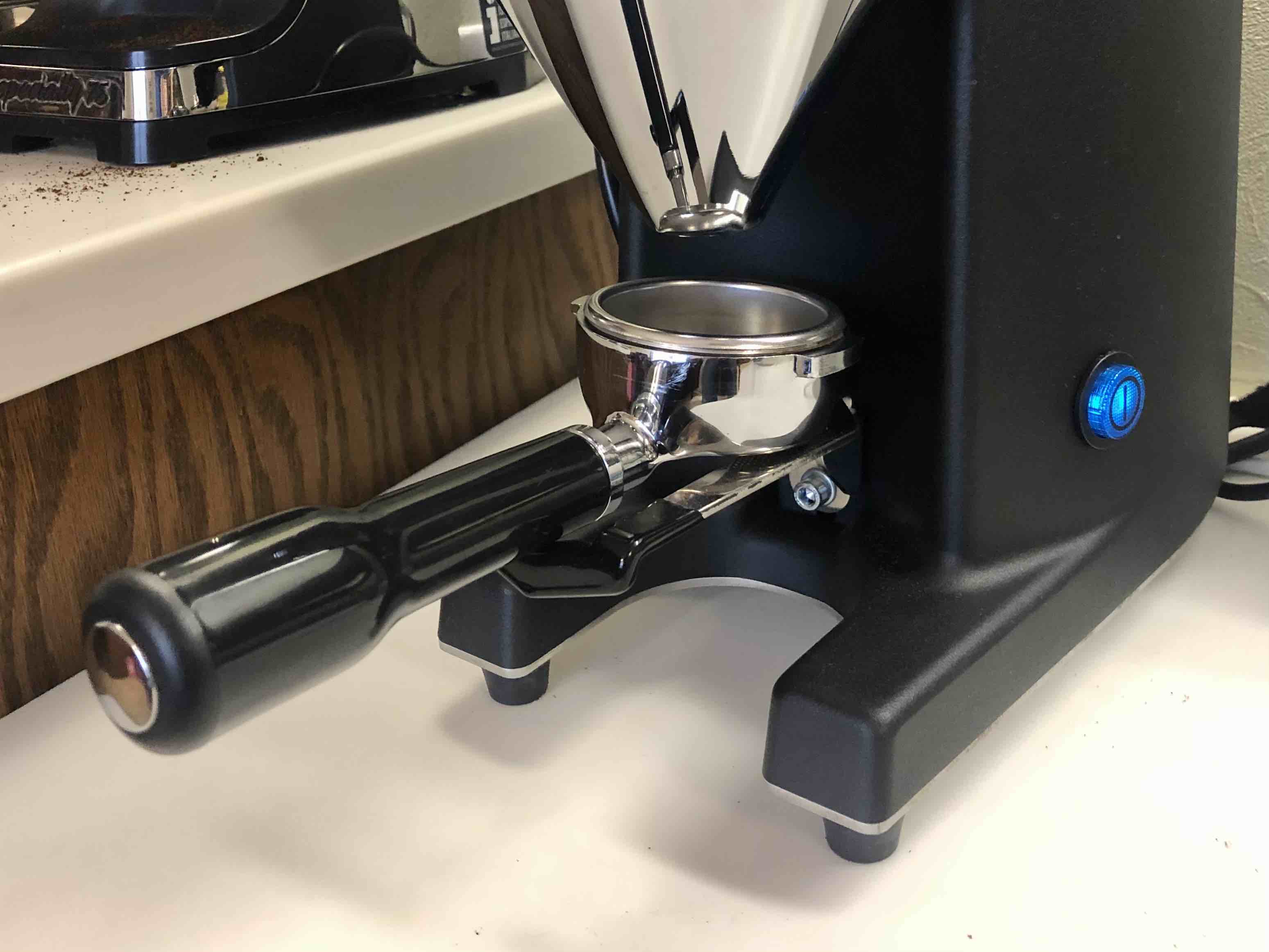 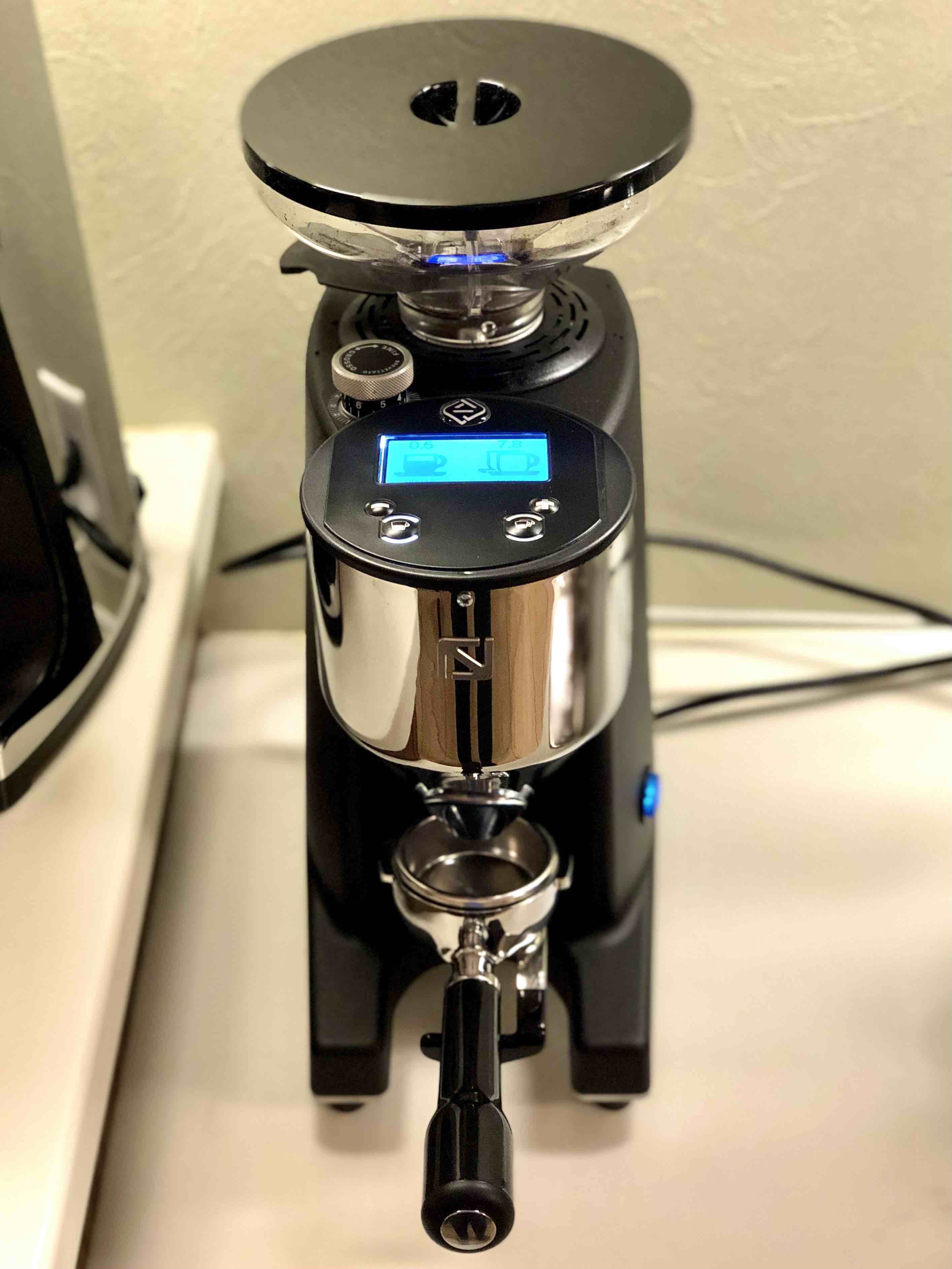 At the base of the grinder, that's where things start to become a bit different.  There is no tray to catch any loose grounds.  The feet on this grinder are quite tall too.  I like the taller feet because it makes it easier to clean around and under the scale without moving it very much.

Time to fire it up.  The blue push button power switch on the side looks really good compared to a standard toggle switch.  When the grinder is on, the button glows blue and is a nice touch.

I pride myself on dialing in a grinder within only a few shots.  Usually not perfect but quite close.  Fired up the grinder and started grinding shots.  I like to start fine and go course vs doing the opposite.  I think at first the burrs were a bit too close together and not allowing the auger to feed beans into the burrs.  Time for the next attempt.  Backed the burrs off a few setting and now its too course.    I went back and fourth doing this for about 1/2 pound of beans.  Very frustrating to me but eventually got it dialed in quite well.    If I were to do it again, I would probably run some old beans through the grinder as the burrs don't seem seasoned very well from the factory, and it probably would have eliminated some of my frustrating getting the grinder going.

I love Eurekas stepless adjustment system.  It has always worked fantastic for me in the past and this one is no different.  The one thing I thought was strange is that Eureka typically puts their adjustment knobs on the right side, and on the G60 it is on the left.   Really not a big deal what so ever, just an observation.  The top of the adjustment knob has "Grosso" and "Fine" which is extremely nice as some do not note which direction to turn, and you end up looking at the numbers on the dial.   Since this is a stepless adjustment mechanism there is no clicking or steps.  This is ideal especially for espresso!  Another related feature that Eureka is known for is that when adjusting the grind setting, it is not adjusting the top burr, but instead the bottom.  It might not sound like a big deal, but when you remove the top burr to clean your grinder, it does not lose your grind adjustment.   Once reinstalled it will be extremely close to the setting you had prior to cleaning assuming you do not move the adjustment knob. 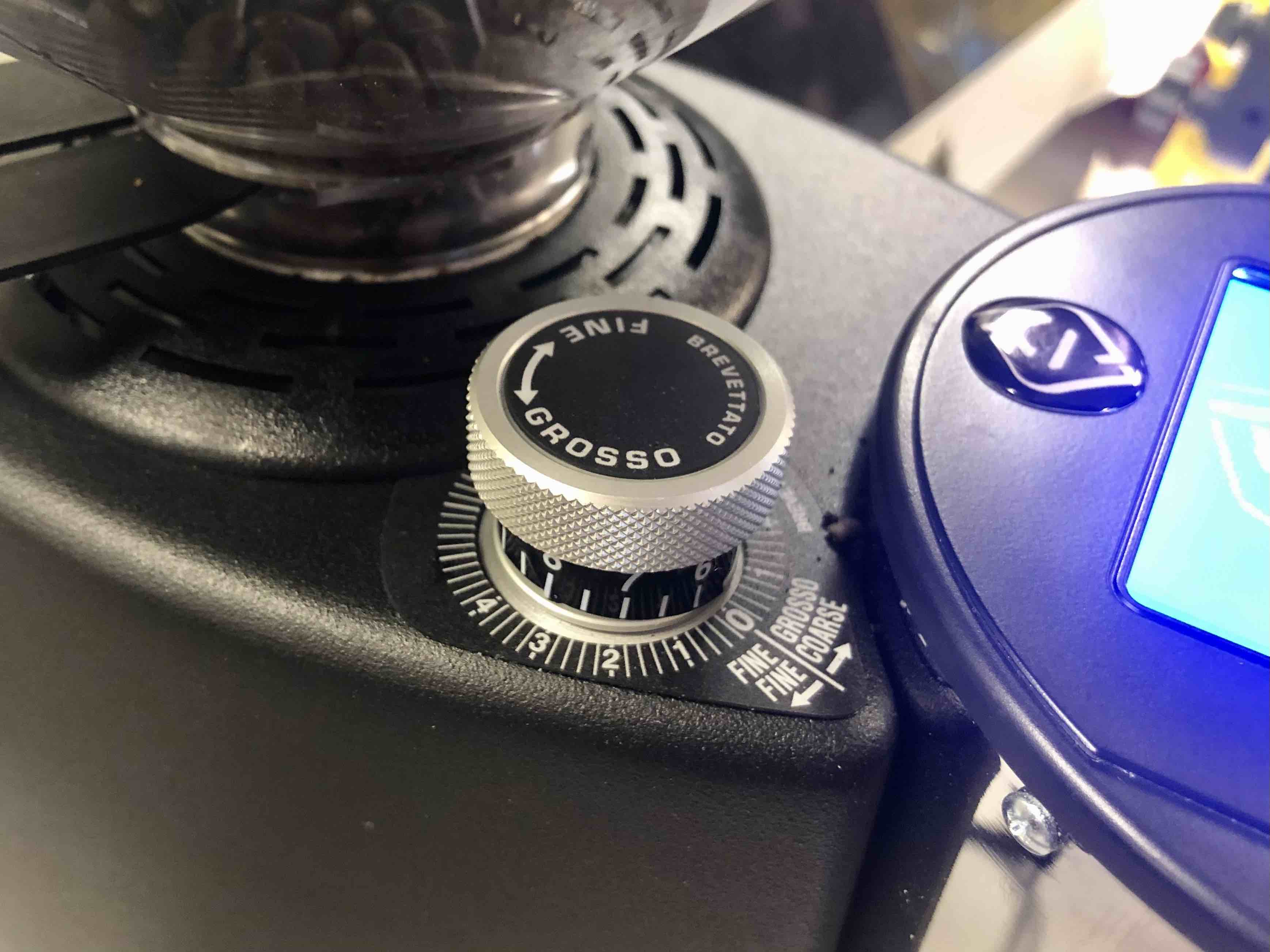 The burrs themself are the standard Eureka 60mm burrs.  Eureka has always used very nice burrs.  One difference between the Nuova G60 and the Rocket Fausto is that the Fausto uses 65mm burrs.  Not a huge difference but worth noting.  There are many popular brand that use between 60 and 65mm burrs.

To get to your burrs for cleaning, remove the hopper and use a small screwdriver to carefully remove the plastic dust cover from the top of the grinder. 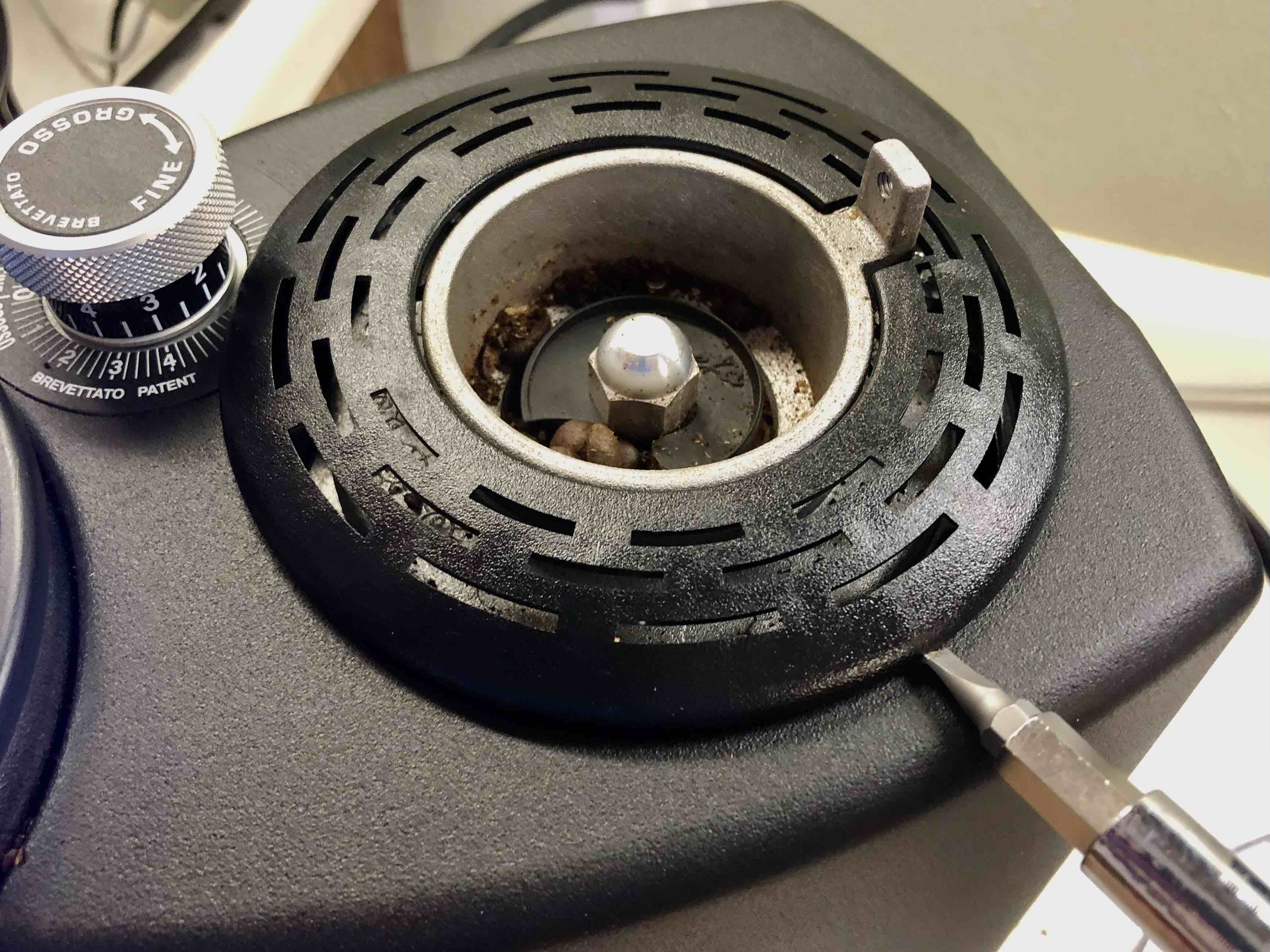 There are 3 Phillips head screws to remove the top burr.  Make sure when you reinstall it to put the set screw holder for the hopper at the back of the grinder to keep the proper alignment of the burrs. 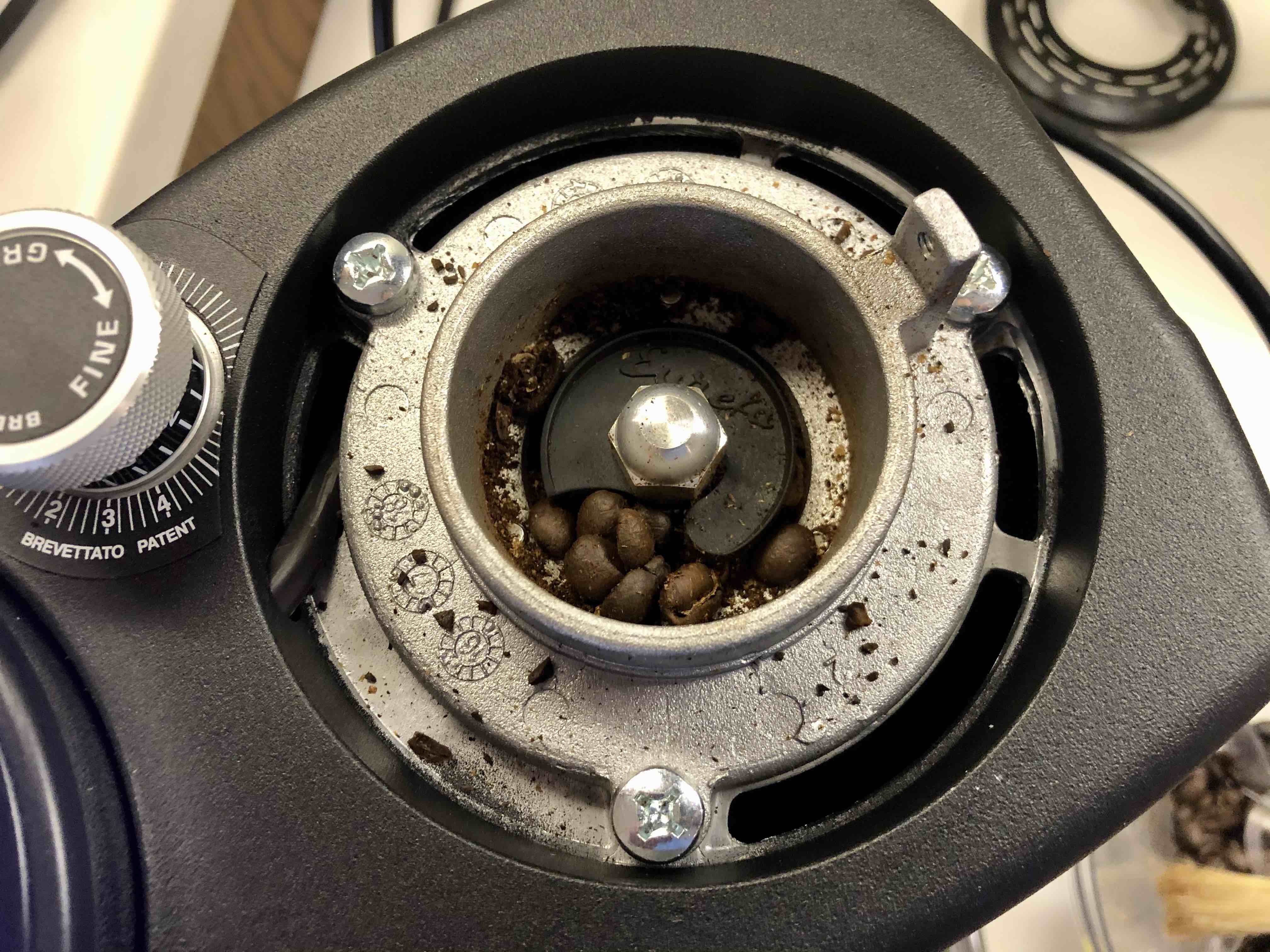 Here is a comparison of the burr in relation to a quarter. 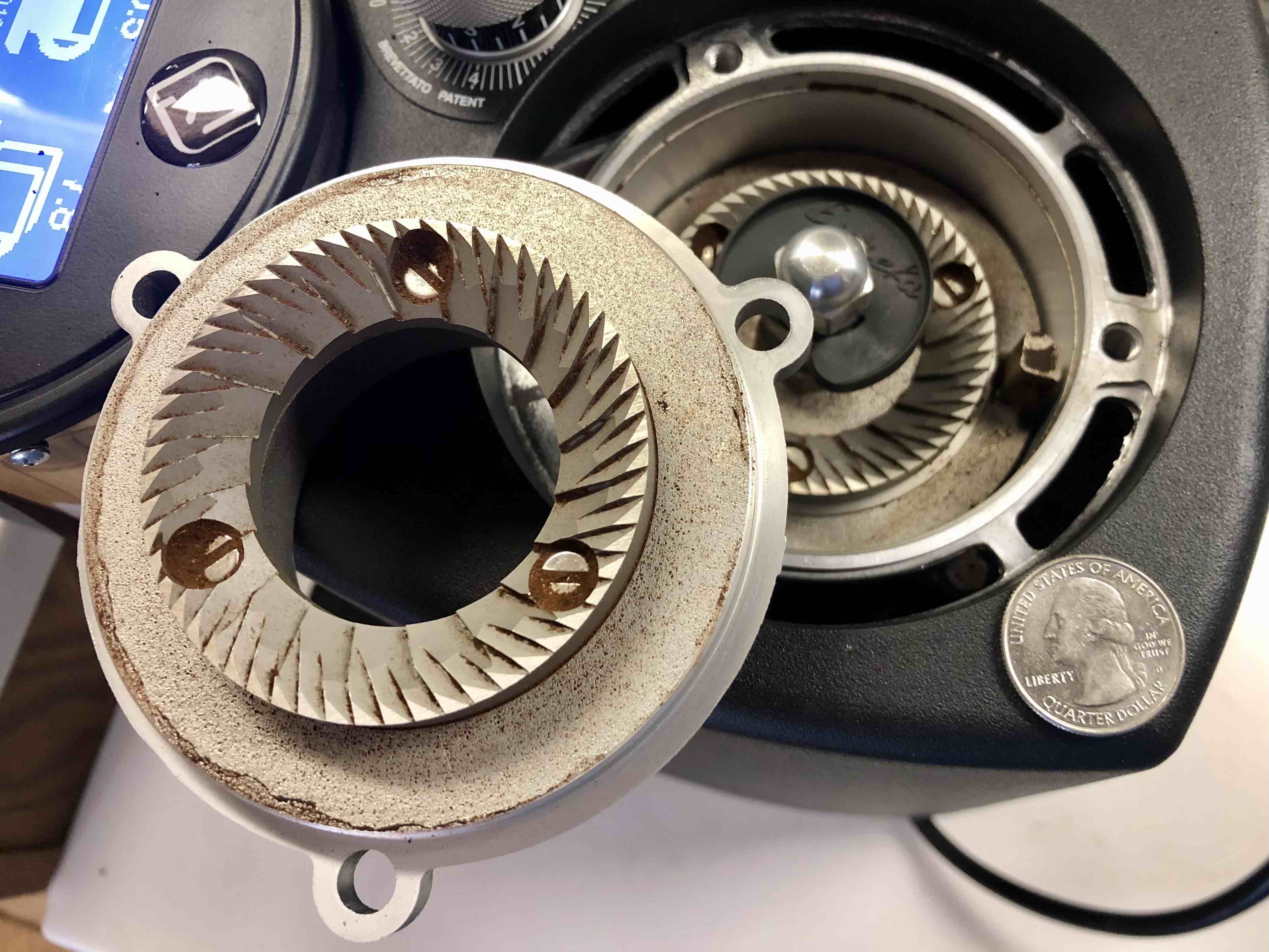 A closer look at the grinder chamber, the bottom burr, and the auger system. 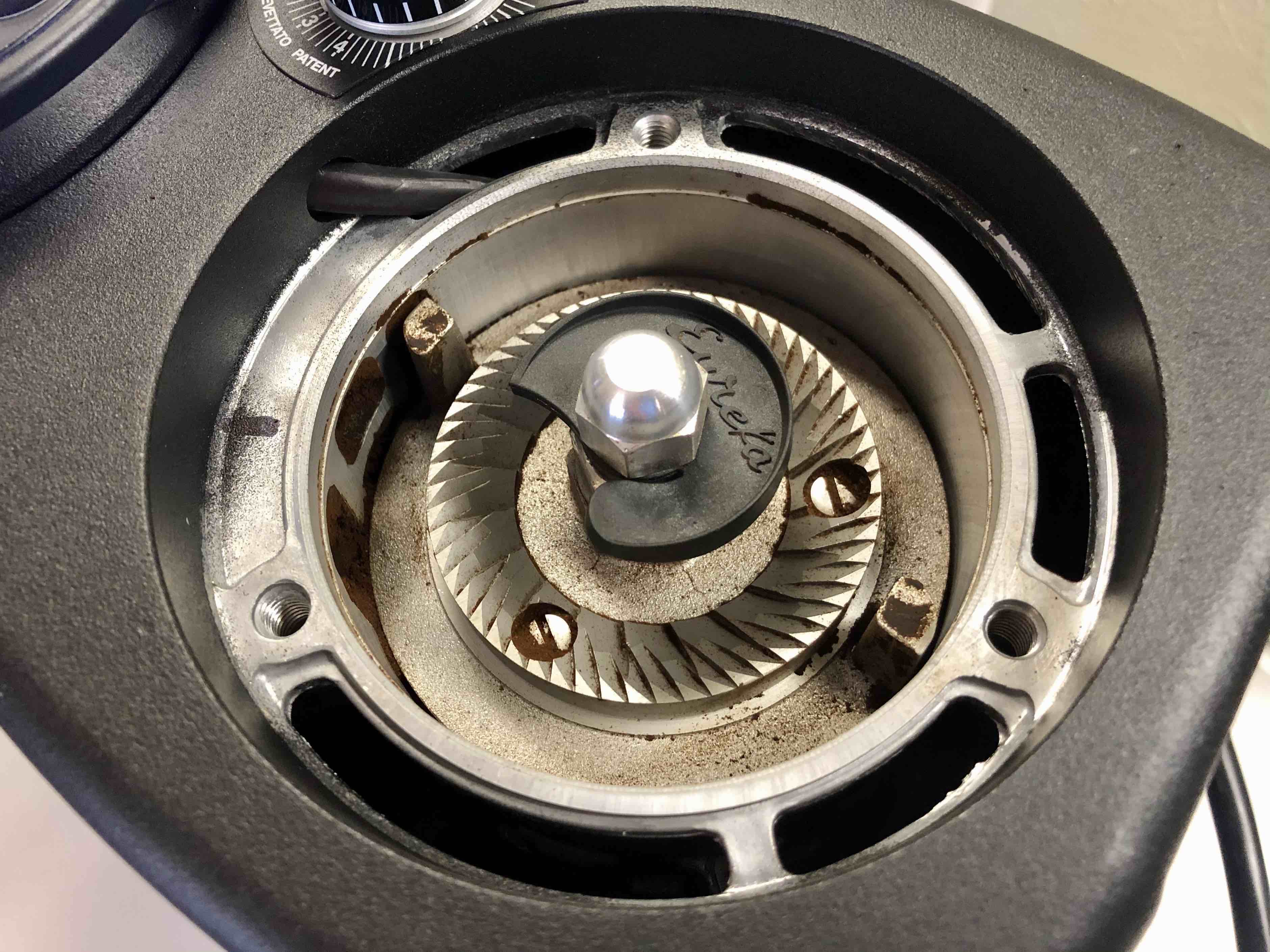 Something that was different between the Nuova and other Eureka grinders I am used to is that the Nuova has an auger system to help feed the beans.  The auger also should help prevent some pop corning of the beans inside the hopper.  I am not sure I am fully sold on the idea of this auger as I believe it might have caused me some of my issues while I was dialing it in. 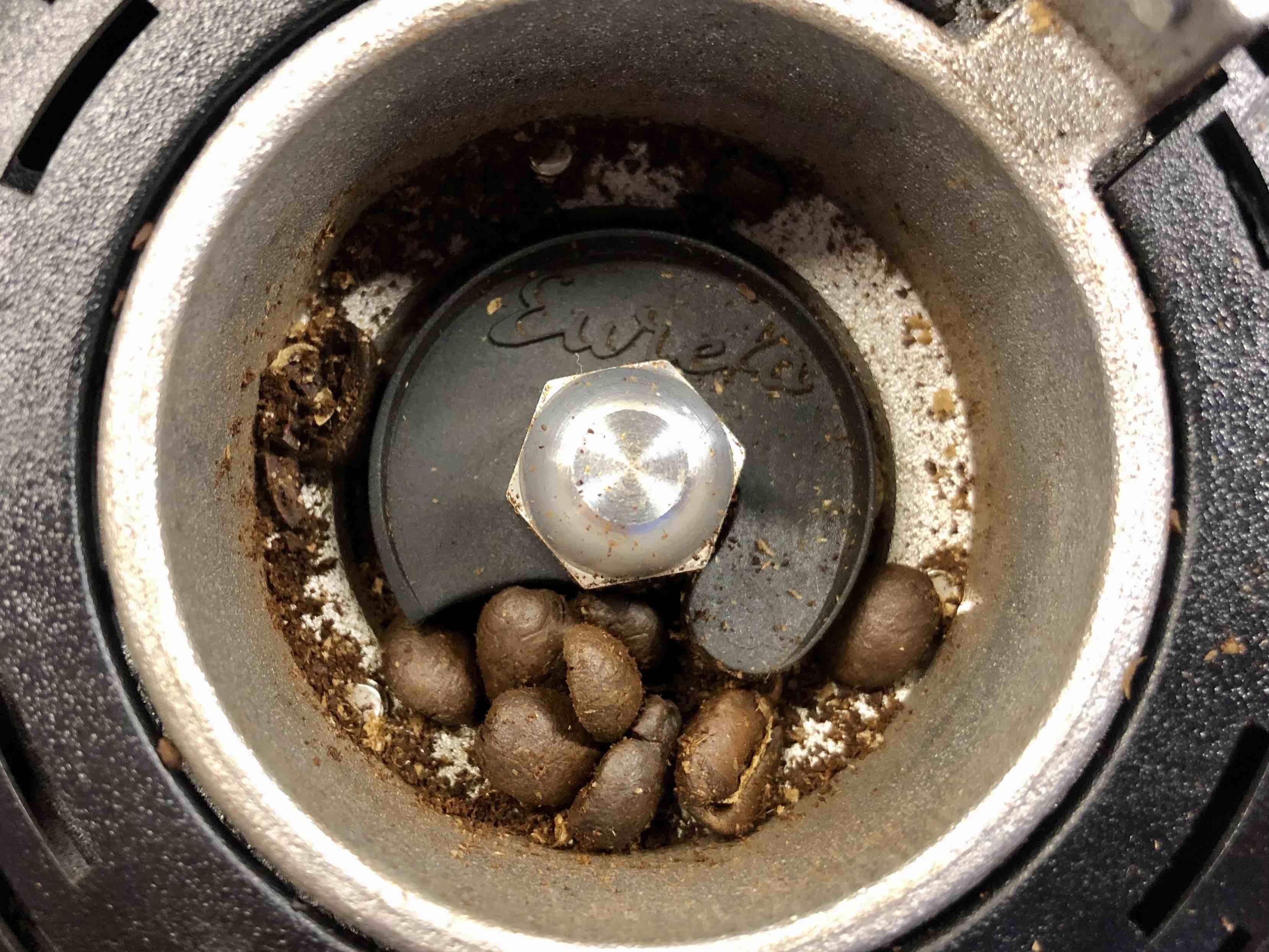 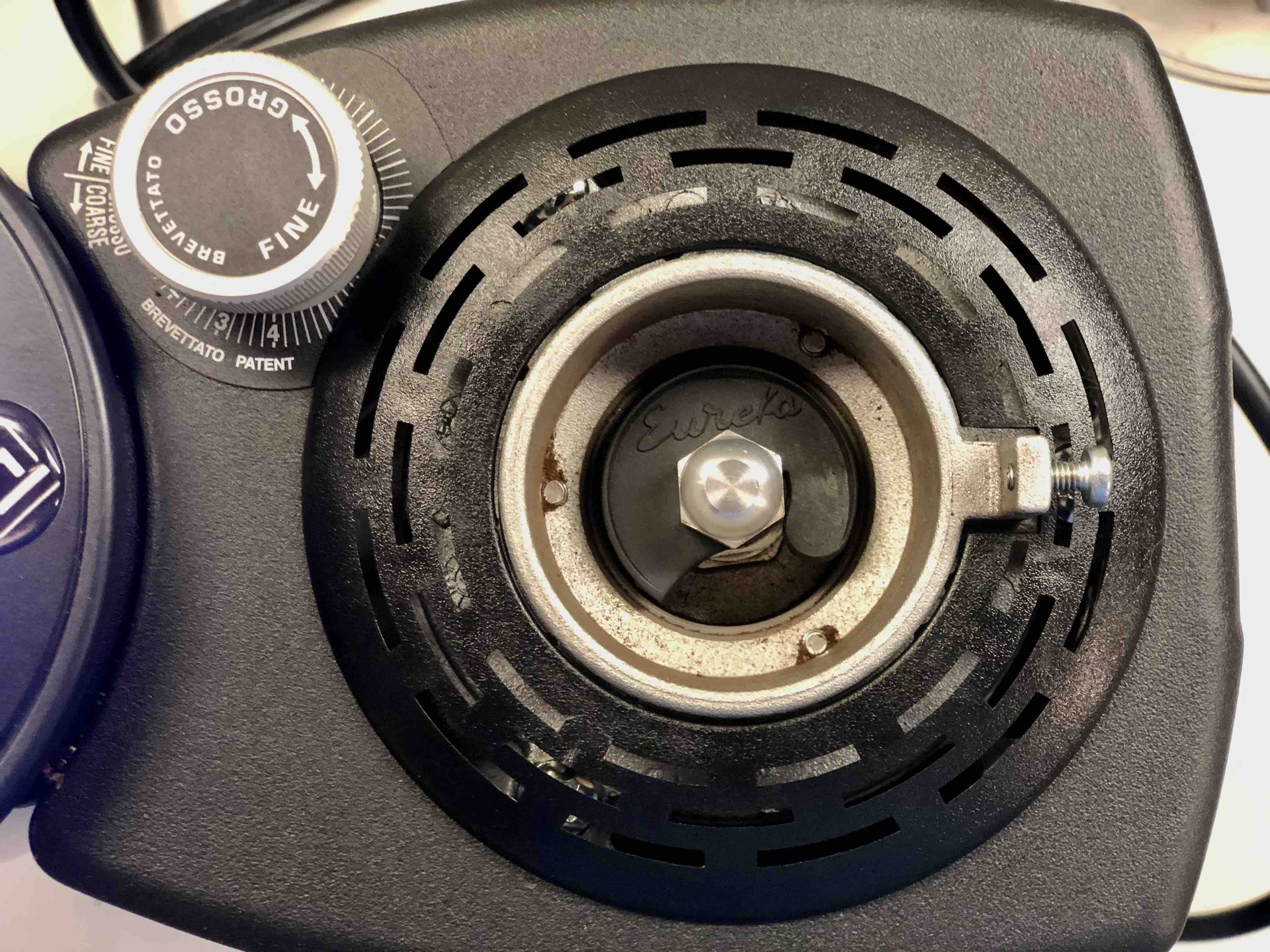 It is important to tighten the hopper screw as the beans will jump around quite a bit with this grinder.  Eurekas bean cut off flap does work quite well but are pretty basic on all of their grinders. 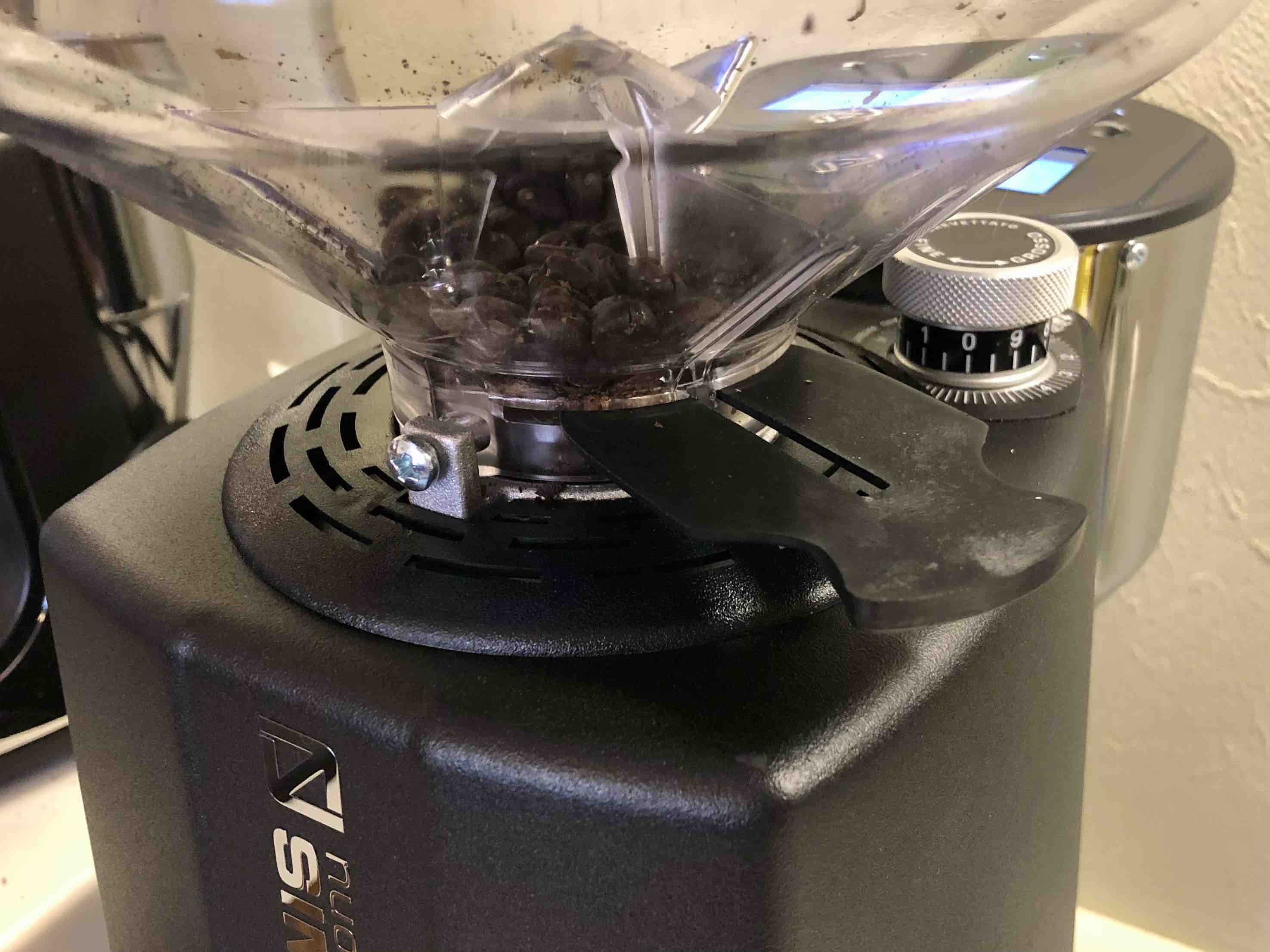 I have been comparing the G60 to the Fausto throughout this review since they are extremely similar in design, so let me hit it hard if you ware trying to pick between the two.  They are very close to the same grinder.  I have used and loved the Fausto for several years now.  The G60 lacks some of the refinement that the Fausto has yet they use many of the same parts including identical electronics.  The Nuova G60 has a few more plastic parts such as the cover for the top of the motor.  The Nuova G60 has slightly smaller burrs and an auger.   I felt like the Nuova G60 was a tad louder, and was a bit more difficult to dial in.  One thing important to note is that the Rocket Fausto IS NOT NSF certified, where the Nuova G60 IS NSF certified.  Using in a shop, the NSF certification is a big deal!  If you are looking to save 200-300 dollars, the G60 is quite similar to the Fausto!

All this talk about the features, but how does it taste?  Honestly it grinds great and tastes very good!  I would compare against any Mazzer Super Jolly or similar grinder.  Its a huge step up from any of the beginner grinders, hands down.  With minimal static and barely any clumping, there is no need to WDT the grounds to pull a nice shot.  Great for grinding, tamping, and pulling shot after shot. 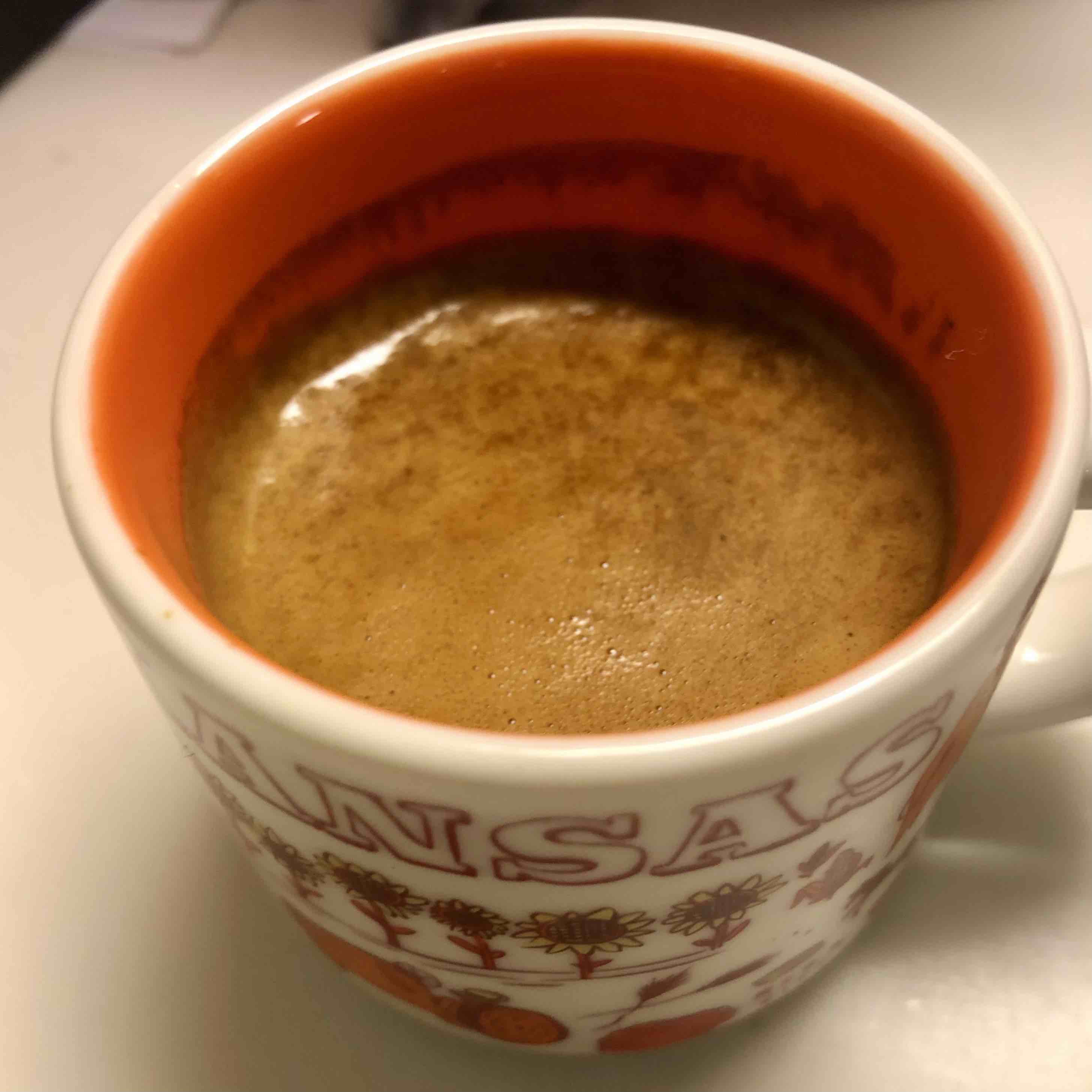 The Nuova G60 I think would be great for a low volume shop, especially when paring up with a matching Nuova machine. Eureka is a great brand, and makes this grinder for another great brand, Nuova. Grinder technology is evolving fast. Less retention, grinds faster, larger burrs, etc. This grinders technology is a bit dated, but comes from tried and true roots and there is a definite audience that they are targeting with this grinder.

Who is this grinder for:

This grinder came from Espresso Outlet.  If you have any questions about the Nuova Simonelli G60, make sure to give Joe Klob a shout! 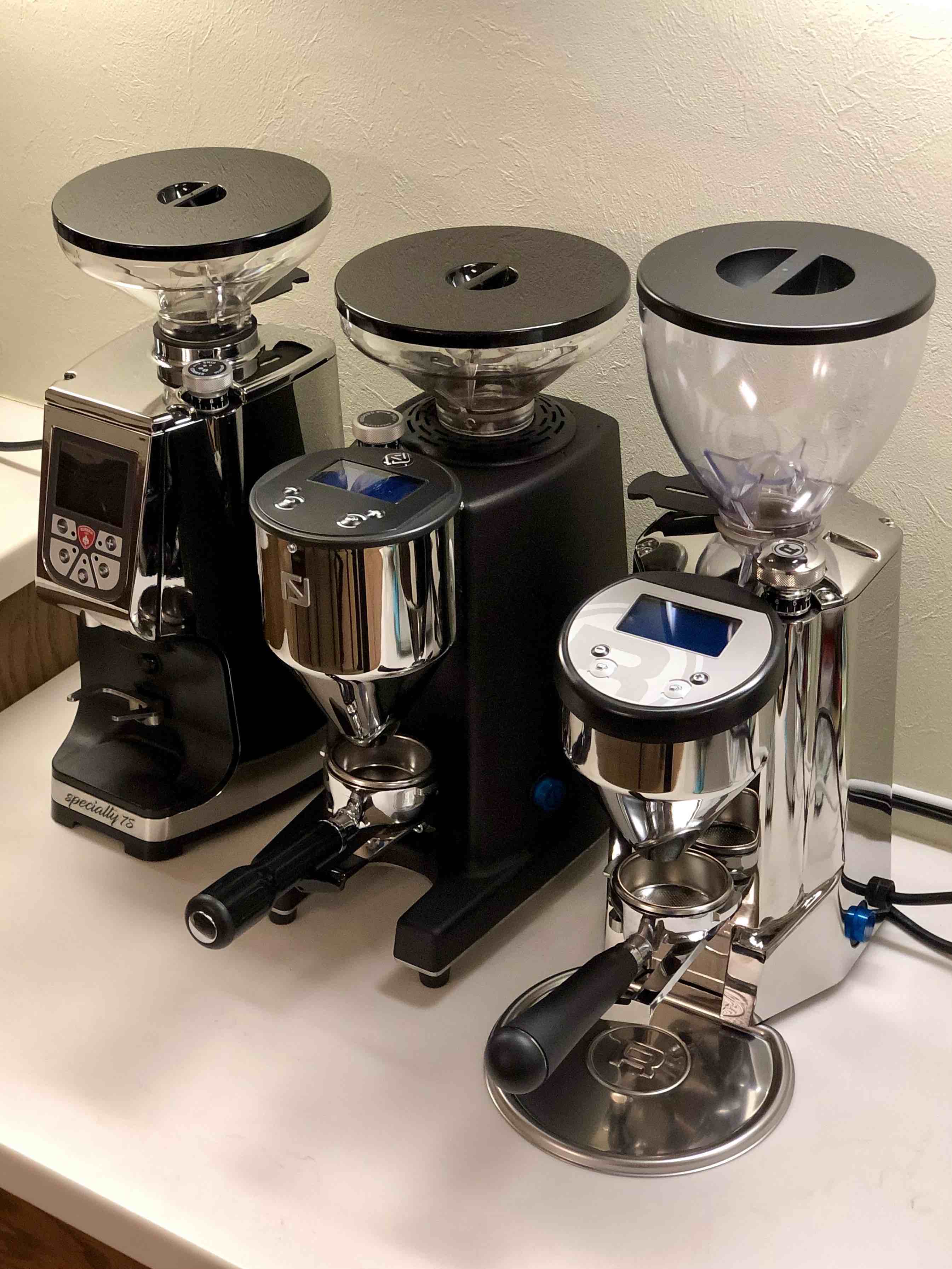 * Note, this review is commissioned and written by an independent reviewer *