Aaaah, my favorite. An E61 group head espresso machine. The Bezzera Magica, a timeless piece of Italian history. As a matter of fact, in 1901 Luigi Bezzera patented an innovative new process of preparing coffee. The espresso that we know today is not quite like the espresso that Luigi started with, but it is definitely a company that has deep roots in the world of espresso.

The Magica is a high end yet quite basic machine. It is an HX machine (heat exchanger) which allows you to brew a shot of espresso as you steam your milk if you so choose. Even if you only do one process at a time, there is no transitioning from the brew boiler temperature to the steam boiler temperature. This alone allows you to brew a shot and steam milk for a latte very quickly! This model in particular is a pressure stat machine which espresso machines have used for ages. 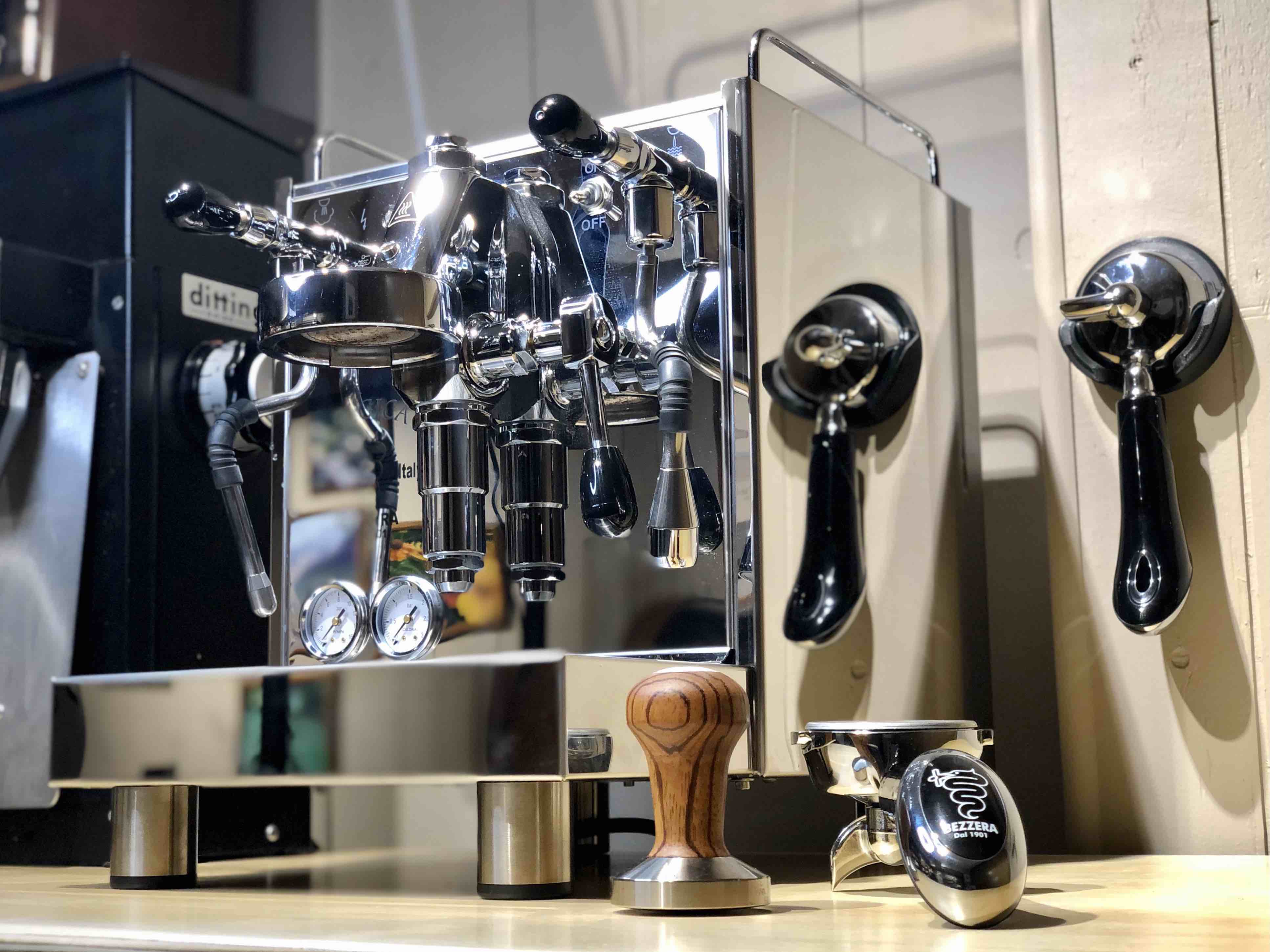 A quick overview, the Magica showcases a classic polished stainless E61 group head and case. Dual pressure gauges in the lower left corner. Joystick controls for the steam and hot water valves. The logo itself which can be found on the front of the machine as well as the portafilter handle displays a Biscione, or a snake, which is a historic symbol of the city of Milan.

Unboxing I found another box containing the machines accessories. The feet do not come installed but I did find them in the box of accessories. It might be a bit awkward to screw them onto the base of this machine, but they want to make sure the espresso machine arrives safely with no damage. 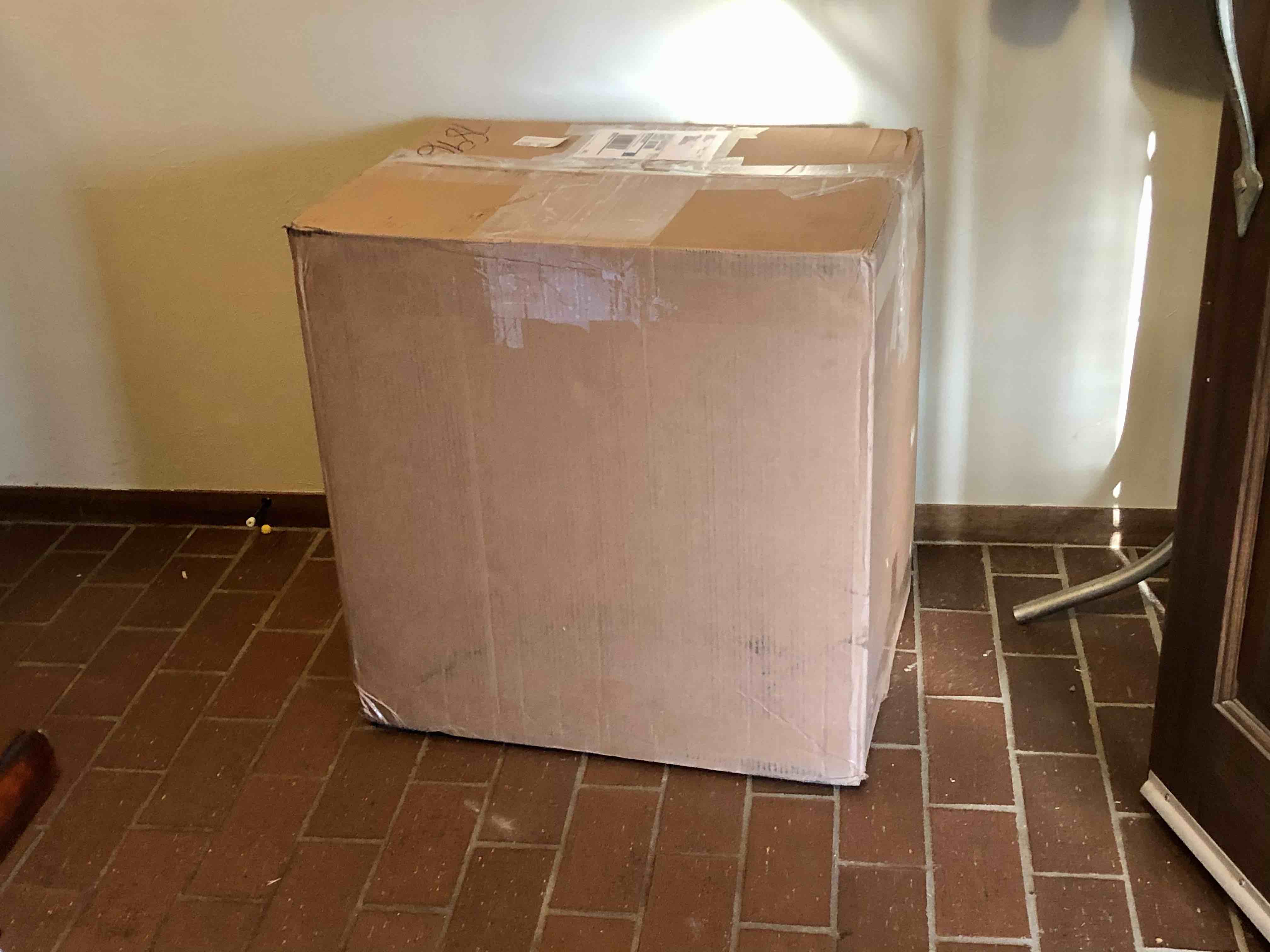 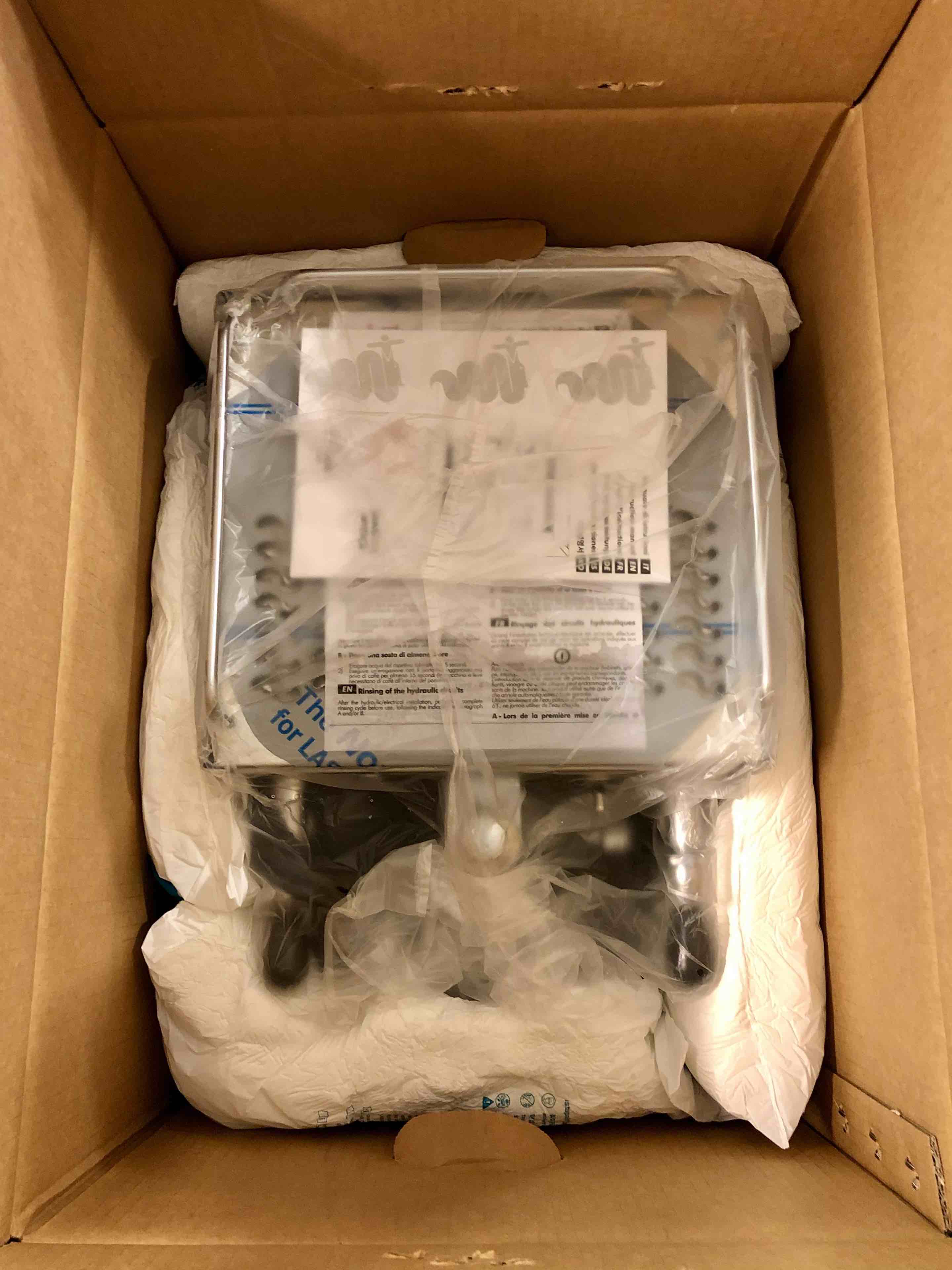 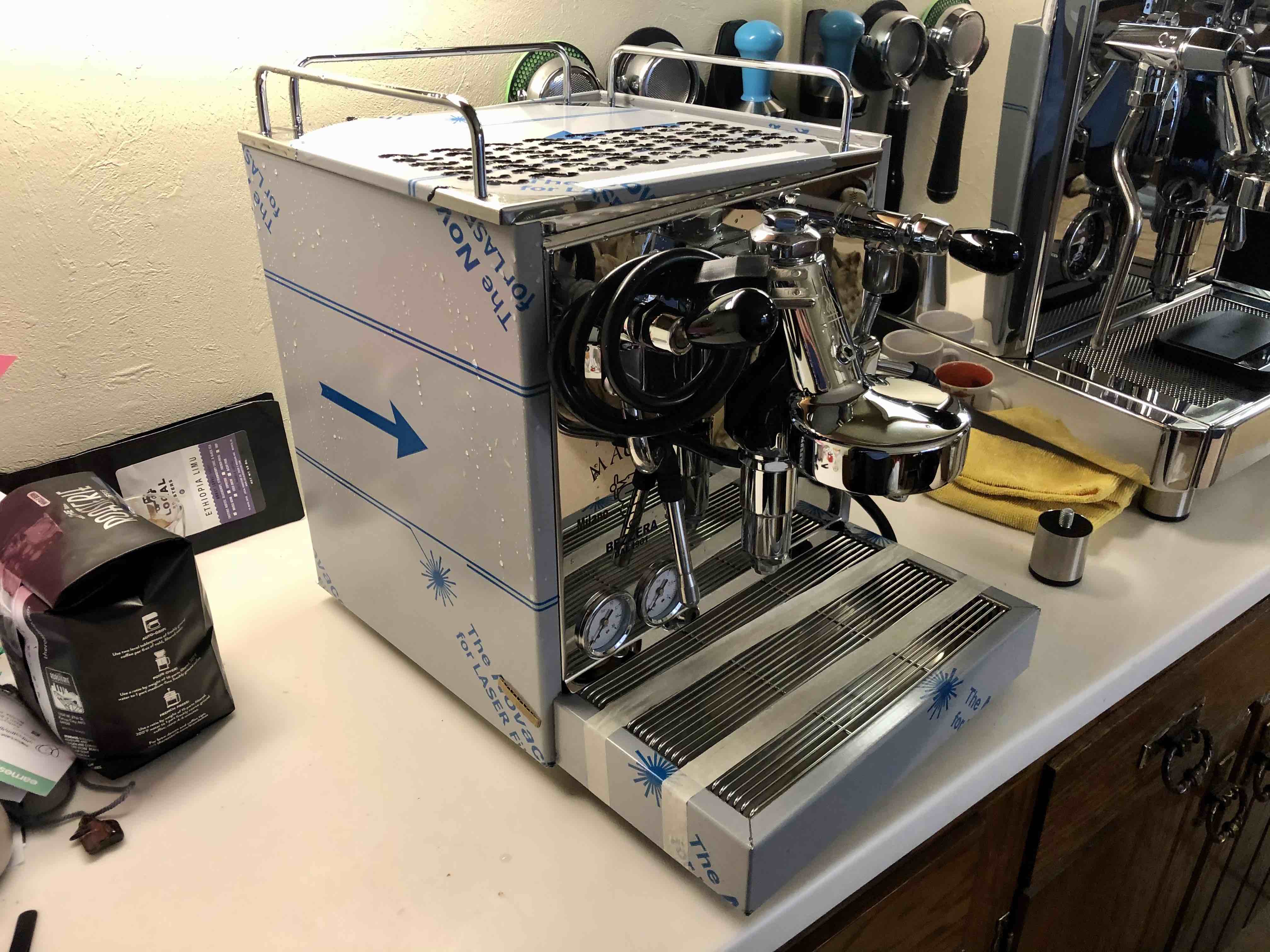 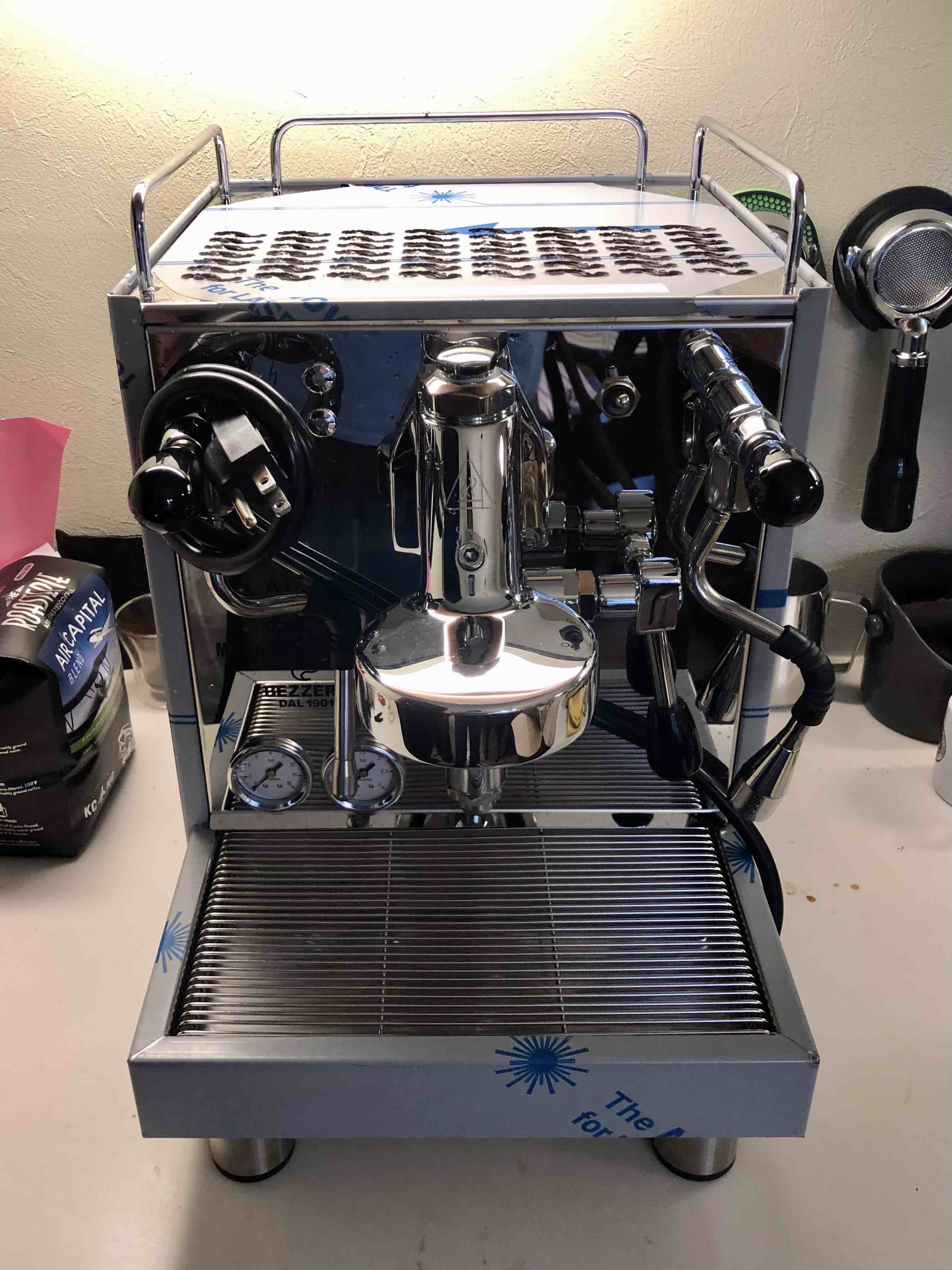 The feet and additional accessories are included in a small box.  Included is a single and double spout portafilter.  A single and double shot portafilter basket as well as a blind backflush basket. The remaining accessories are just to get you started, but I would not recommend using for the long haul.  Those temporary items include a plastic espresso tamper, and a small scoop.  The group head cleaning brush should last quite a while, and I use mine fairly regularly. 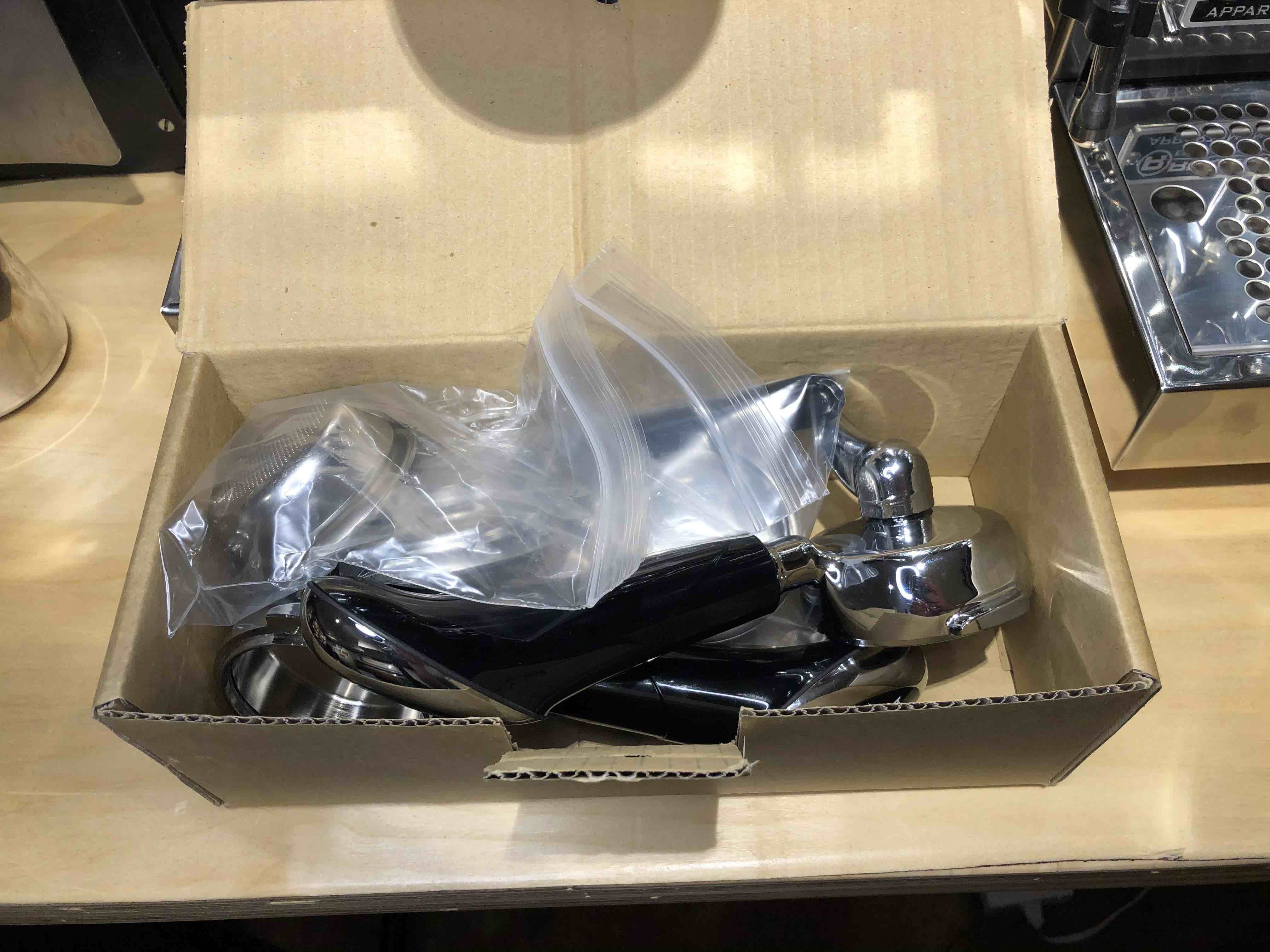 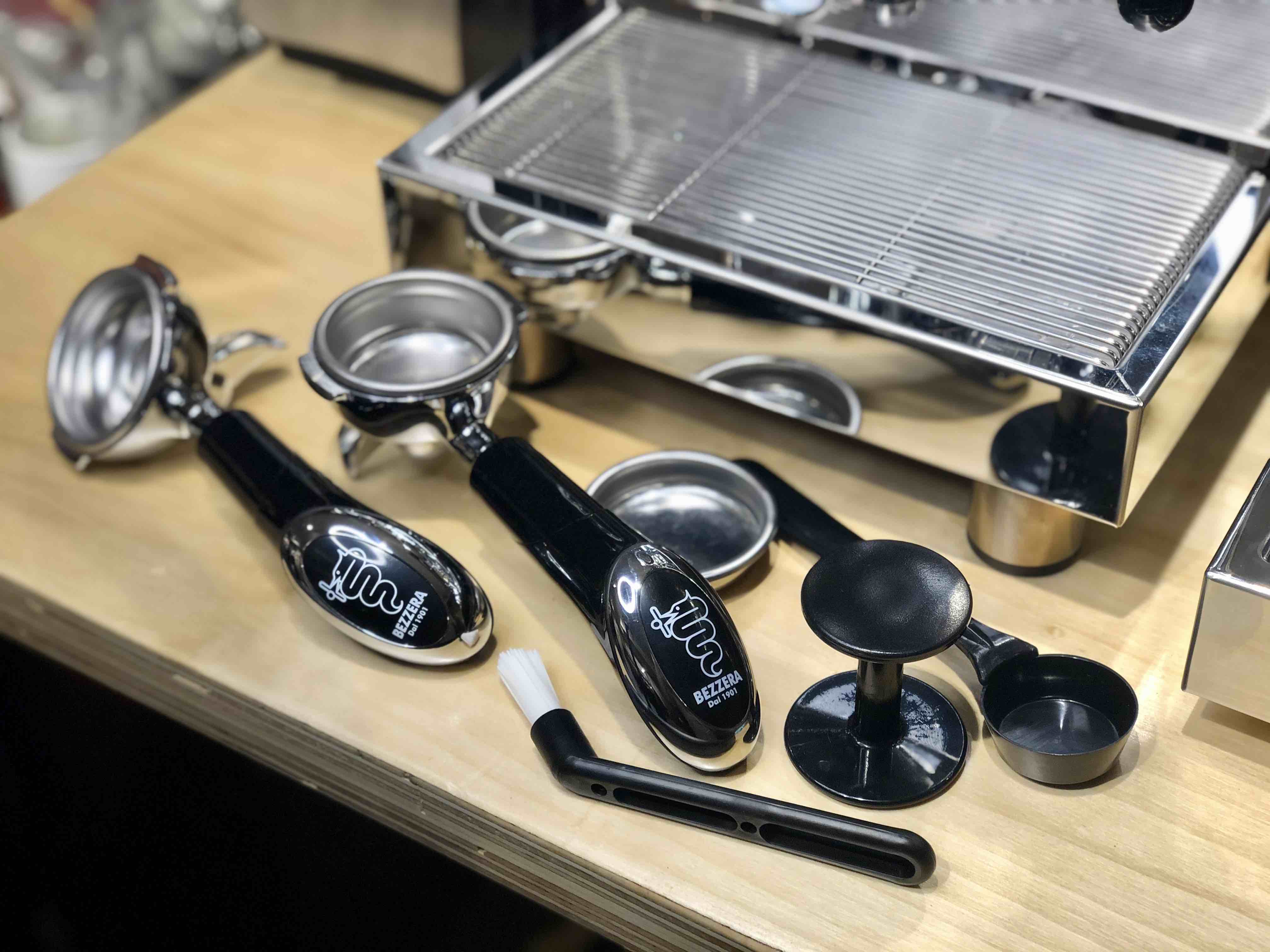 I really wish all companies would include a bottomless portafilter in lieu of the single spouted portafilter. The Bezzera portafilter handles are very cool.  They are probably the most ergonomic handle I have used. 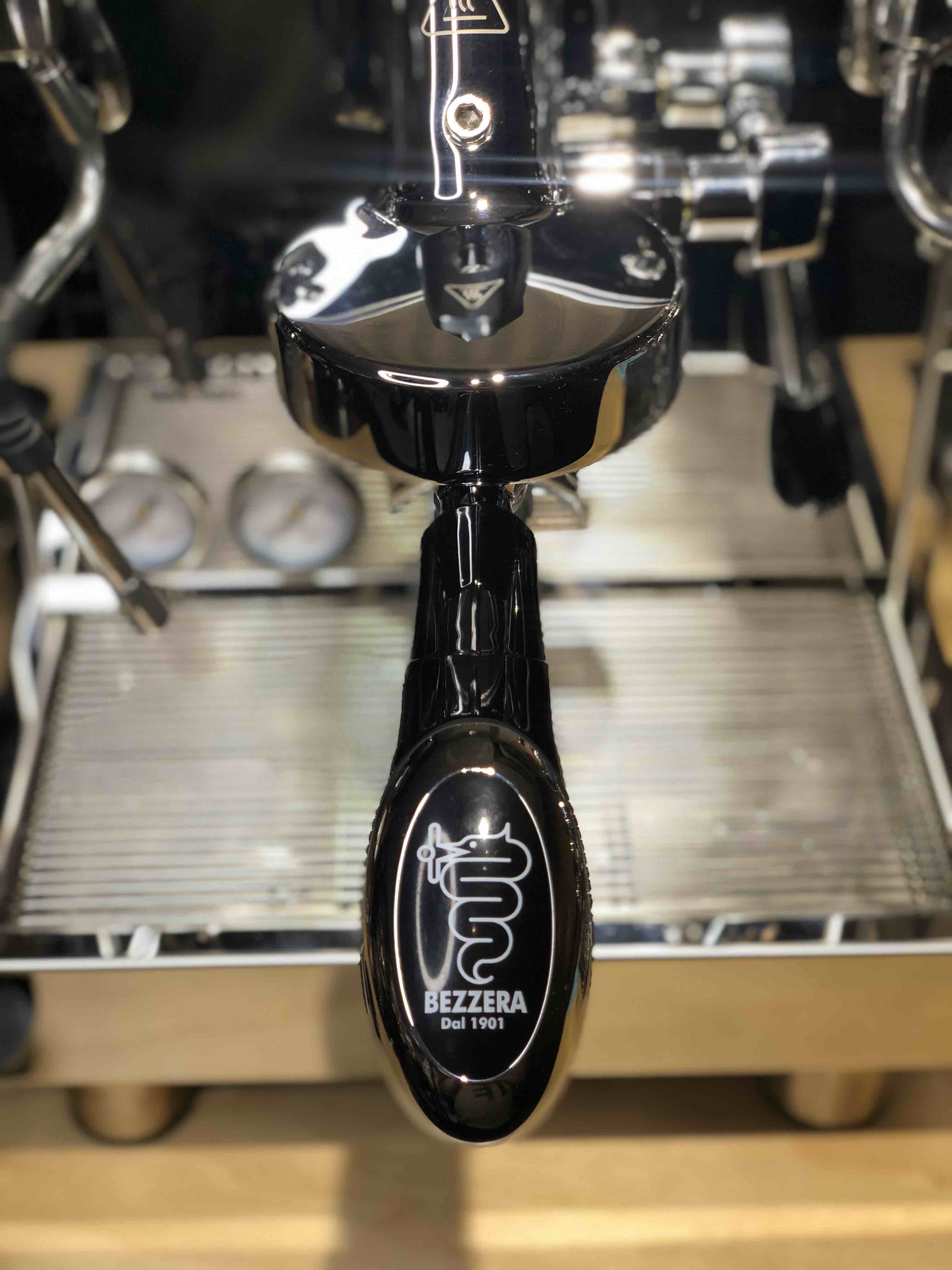 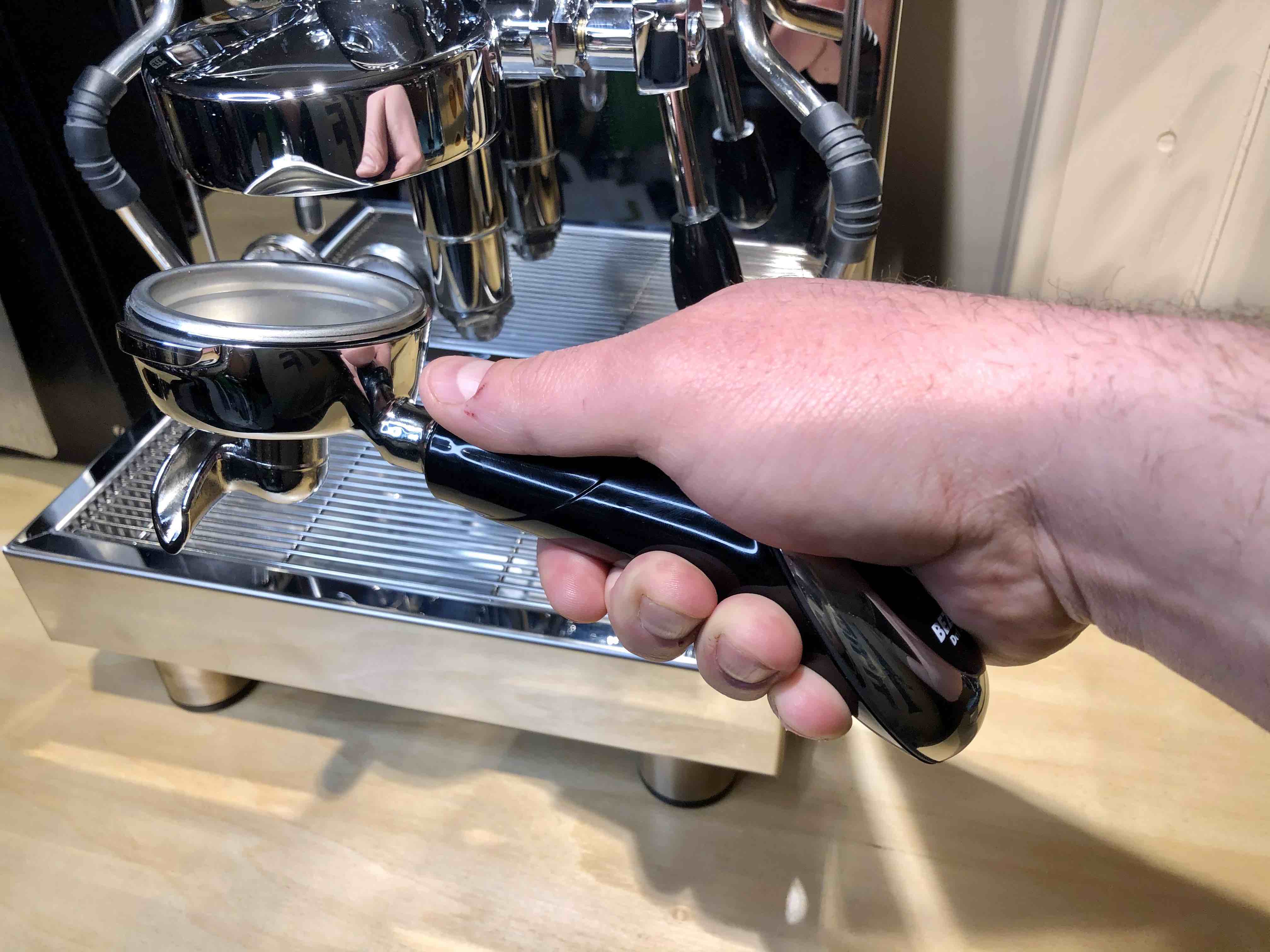 The Magica is a nice size. One could say it is a medium sized machine. Not small like a basic breville, but a bit smaller than a Rocket R58 or similar. This should be attractive to many people which are not willing or able to give up valuable counter space for an espresso machine. Width is not the only concern for most, but the height can also be an issue with some machines. The Magica should fit under most kitchen cabinets with ease. Some might need to scoot the machine out from under the counter to fill the tank but that is not a big deal.

The Magica is a tank only model. To access the tank, the cup warming tray lifts off. The cup rails act as handles allowing the entire top of the machine to lift off while keeping the cups on the tray. I personally think this is really nice as I have had machines that are not like this, and every few days I found myself putting all my cups onto the counter to make room to fill the machine. Removing the entire tray of cups is very convenient. 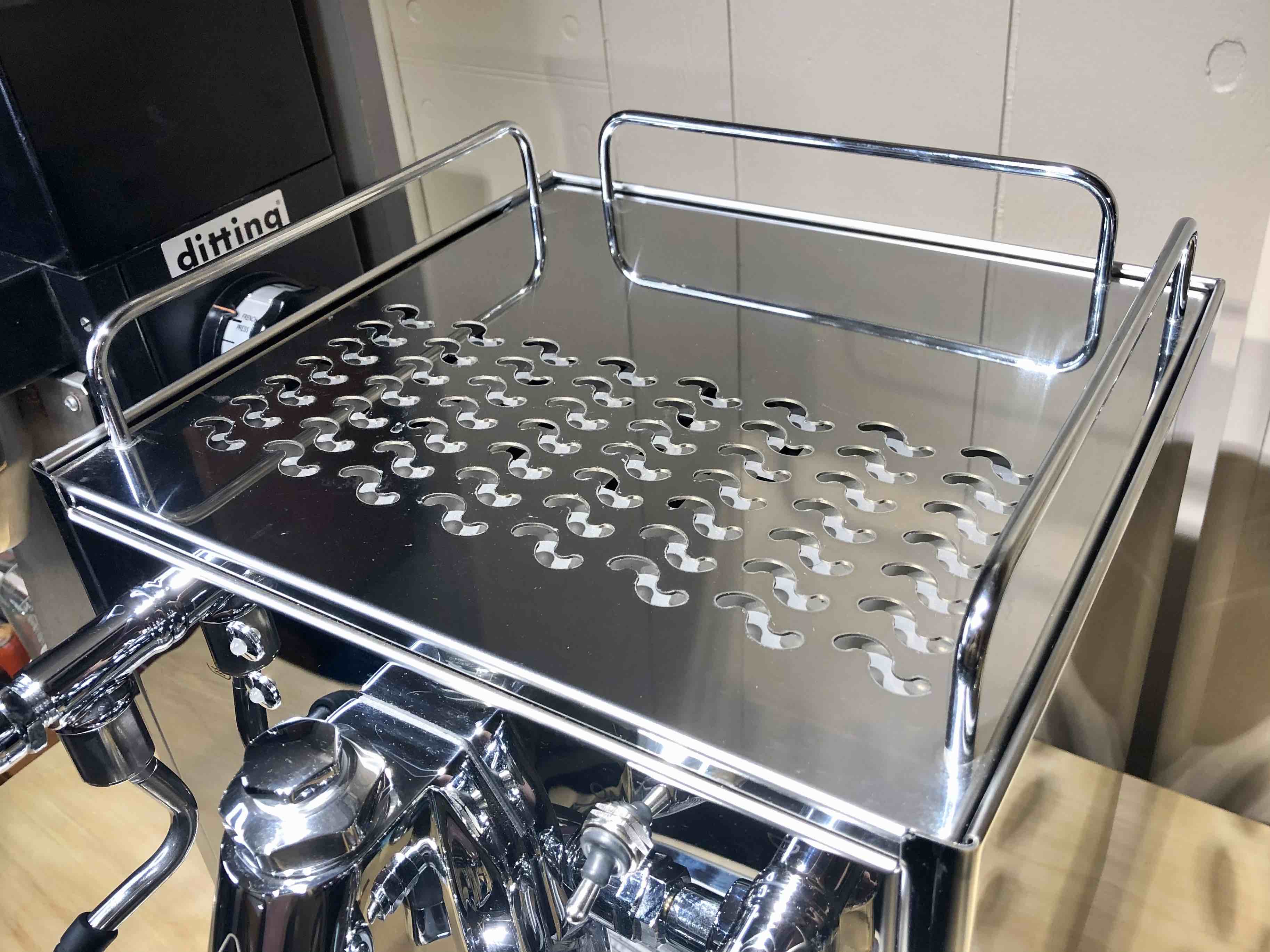 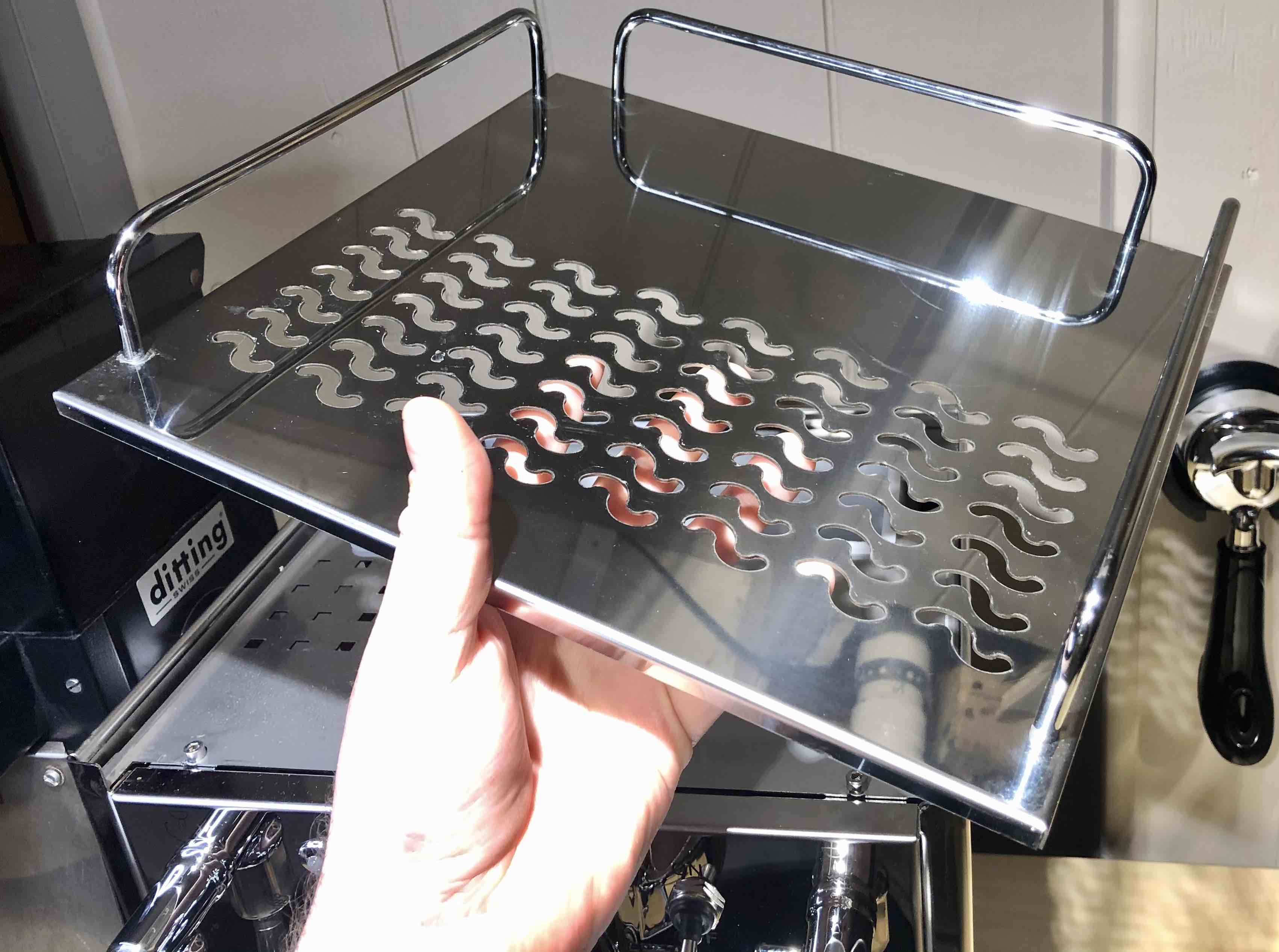 The water reservoir is removable. It appears to be nicely built with a brass connector and check valve at the bottom allowing you to fill the tank and then place into the machine. One thing I did not like about the reservoir is that there are no handles or knobs to hold the reservoir very well. As the reservoir filled up it became a bit awkward to hold.  As you can see it does not sit level either.  Most of these tanks do not, but I found this one particularly awkward when removed. 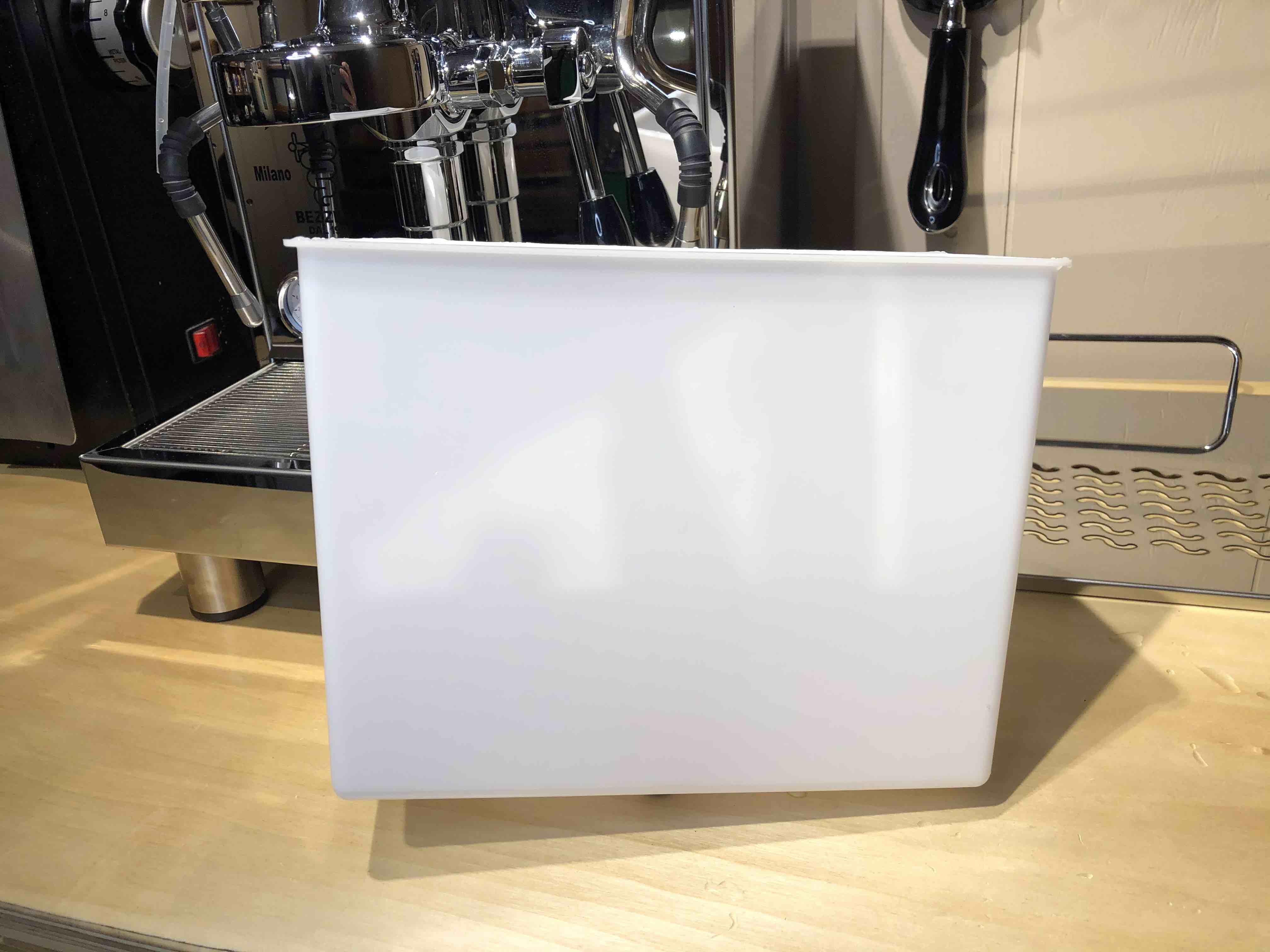 The low water sensor was a design that I had never seen before. While filling the water reservoir, I noticed two metal bolts screwed to either end of the reservoir. They didn’t seem to do anything and I thought hmm what an odd thing to do. Looking inside where the reservoir rests there are two tabs which make contact with those bolts. Now its starting to make sense.  Since water conducts electricity they are using the bolts as contacts to see if the tank has water in it or not.  Just know, if your water is too pure the electrical connection will not be made. For new espresso users, having good water quality is very important. Do some simple water hardness tests.  Water that is too hard can damage your machine, and water that is too soft or pure does not produce the best tasting coffee. 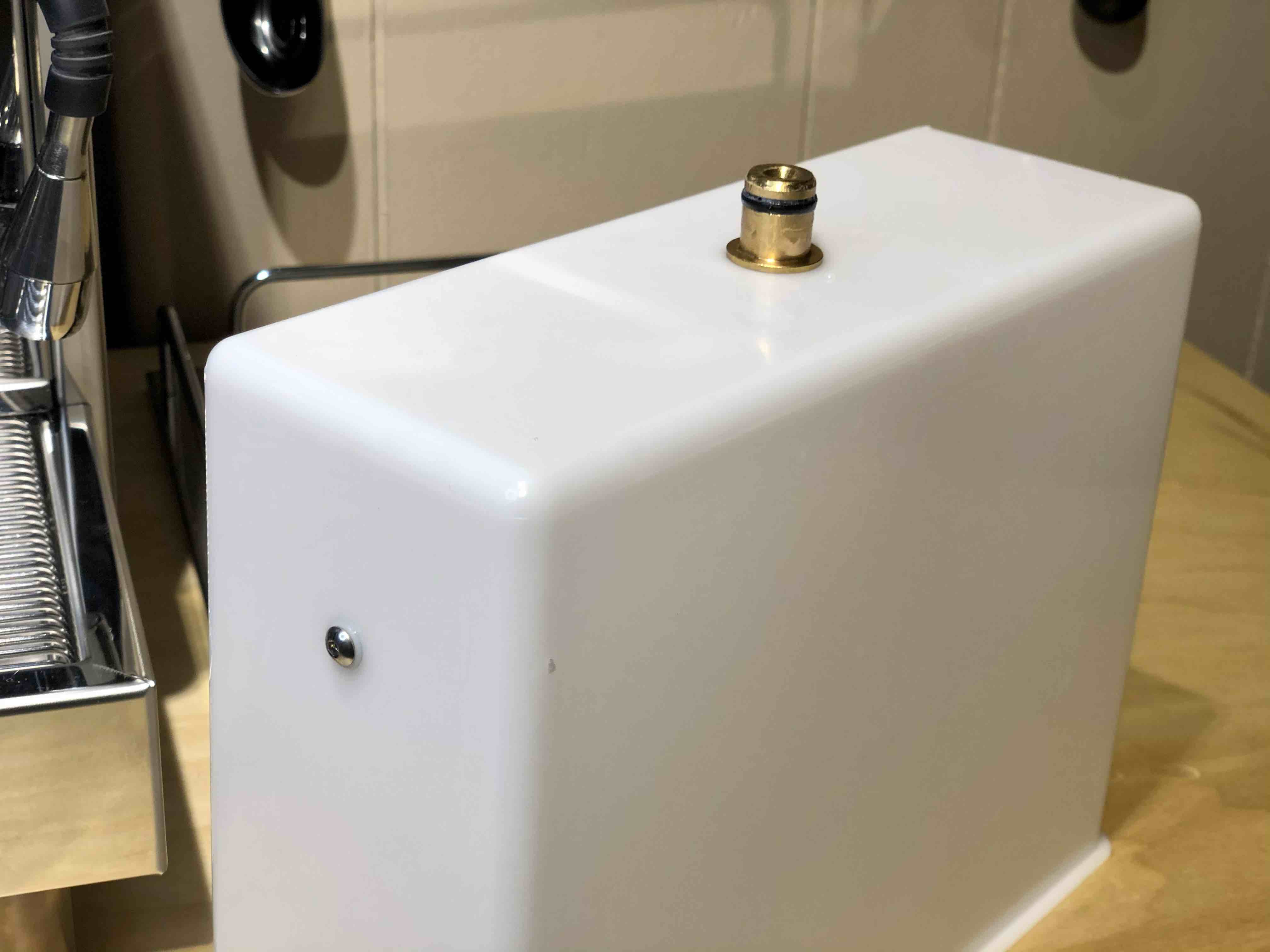 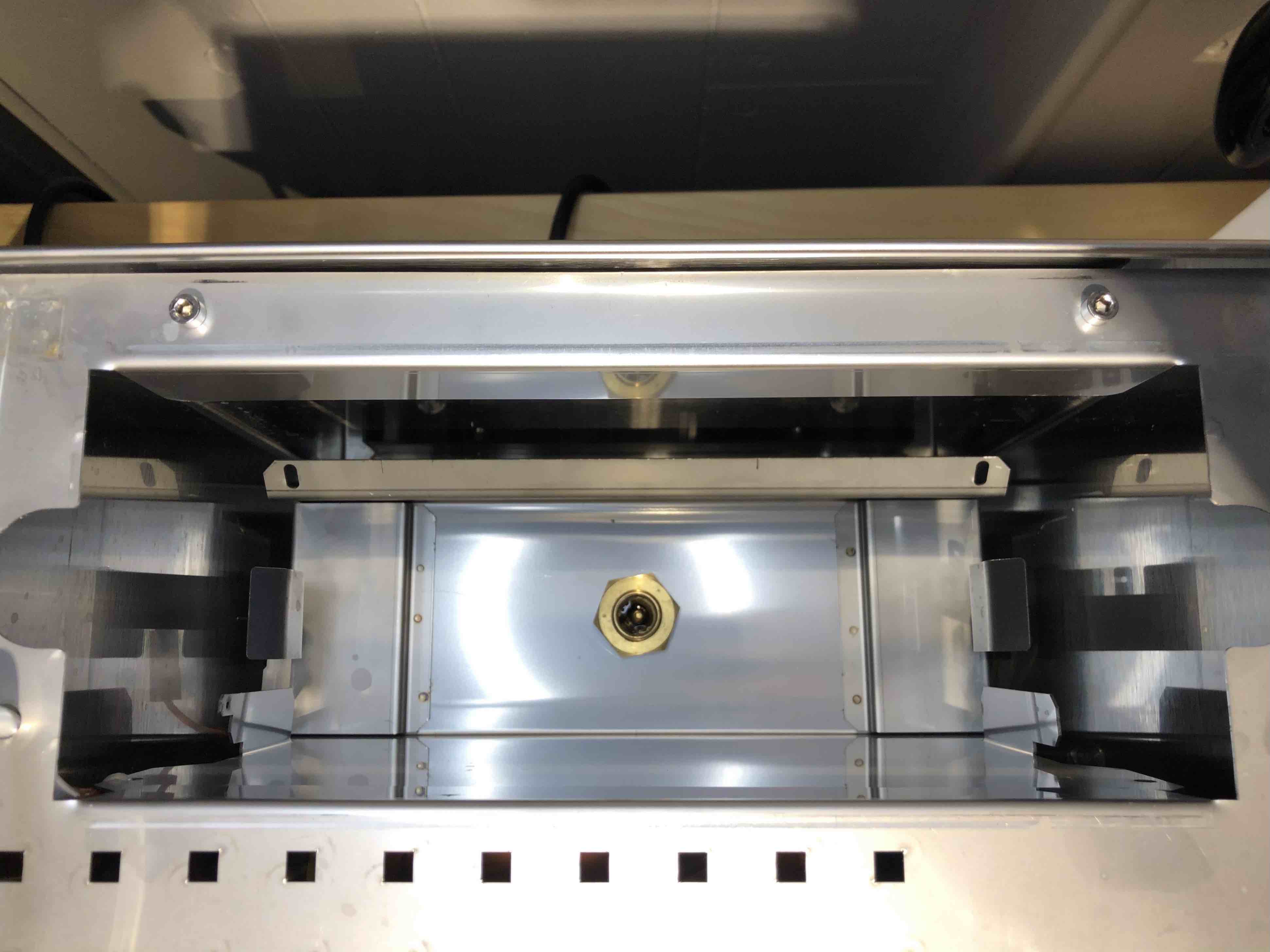 E61 group heads are designed to automatically siphon hot water through the group head so that it is nice and hot. Nothing throws off brewing an espresso shot more than using a cold group head, portafilter, or cup. This style of group head also utilizes a 3-way valve which allows the pressure in the portafilter basket to be released as soon as you push the lever back down. This allows you to immediately remove the portafilter from the group head after a shot. 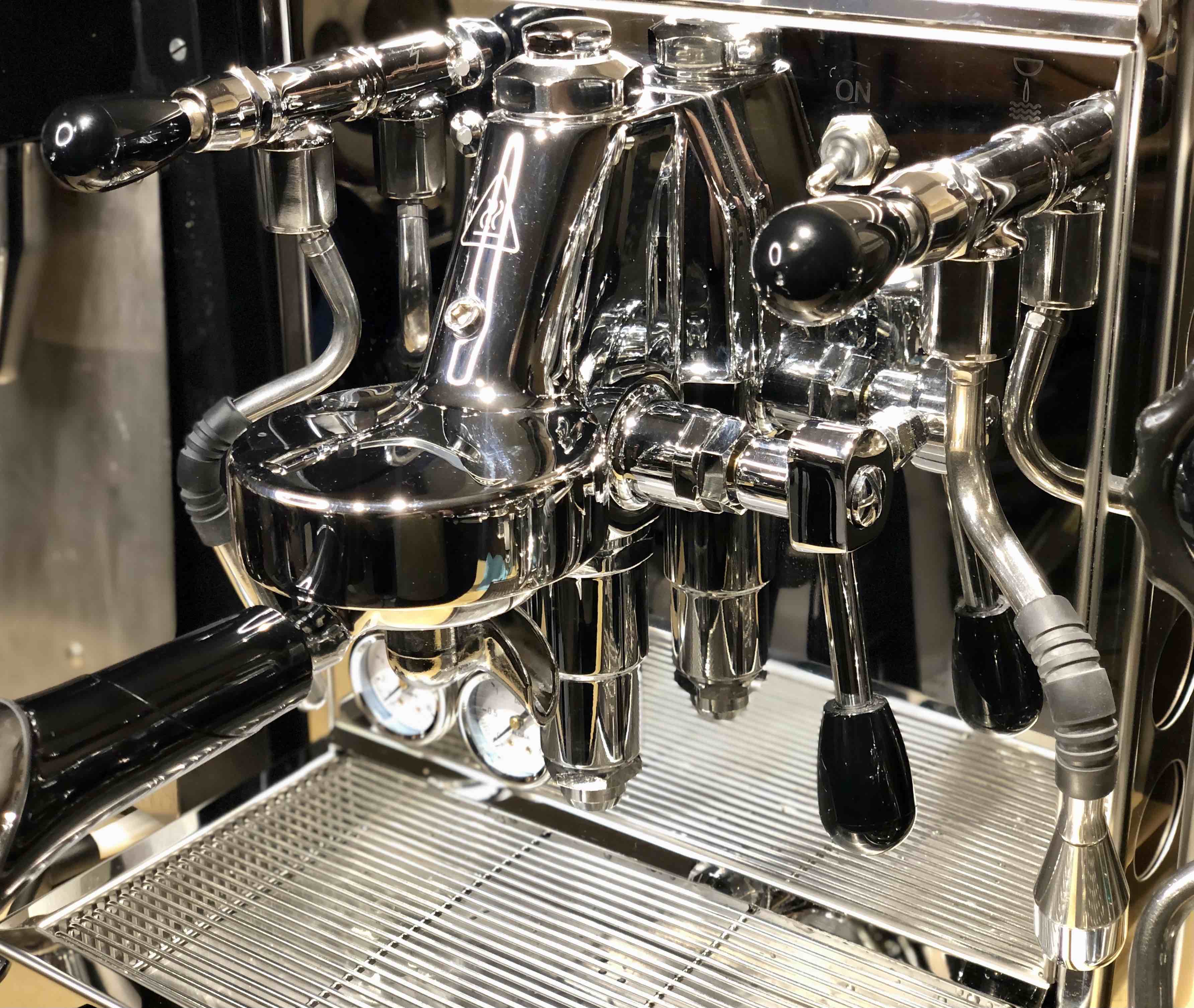 Recently I became a convert to the joystick style steam and water levers. I always felt that the joystick style looked a bit boring compared to the knob style valves. Once I saw in person, they actually look quite amazing, and as soon as I started using I really prefer over the knobs. With knobs, you can over tighten them when closing, if the knob has a logo, sometimes the logo is crooked after closing, and they just take more effort to open and close.  The joysticks can move in any direction.  When you release, the lever will spring back to the center position.  If you want the knob to stay on, you can flip them upward and they will lock into place. I know everyone has a personal preference but I am really liking the joystick controls!  The steaming power seems very familiar to other HX machines of this caliber.  Pair that with the joystick control and it was a joy to use! 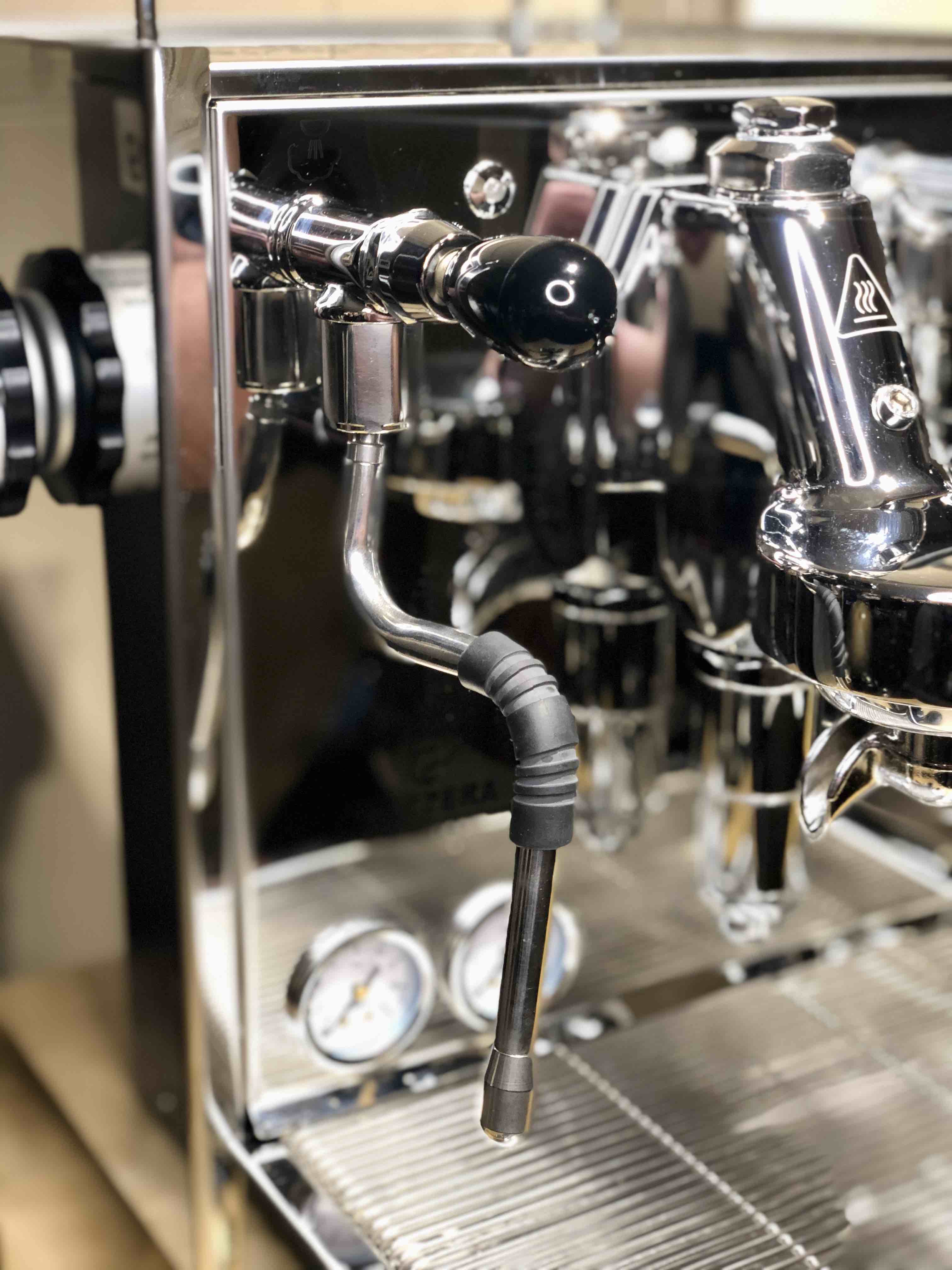 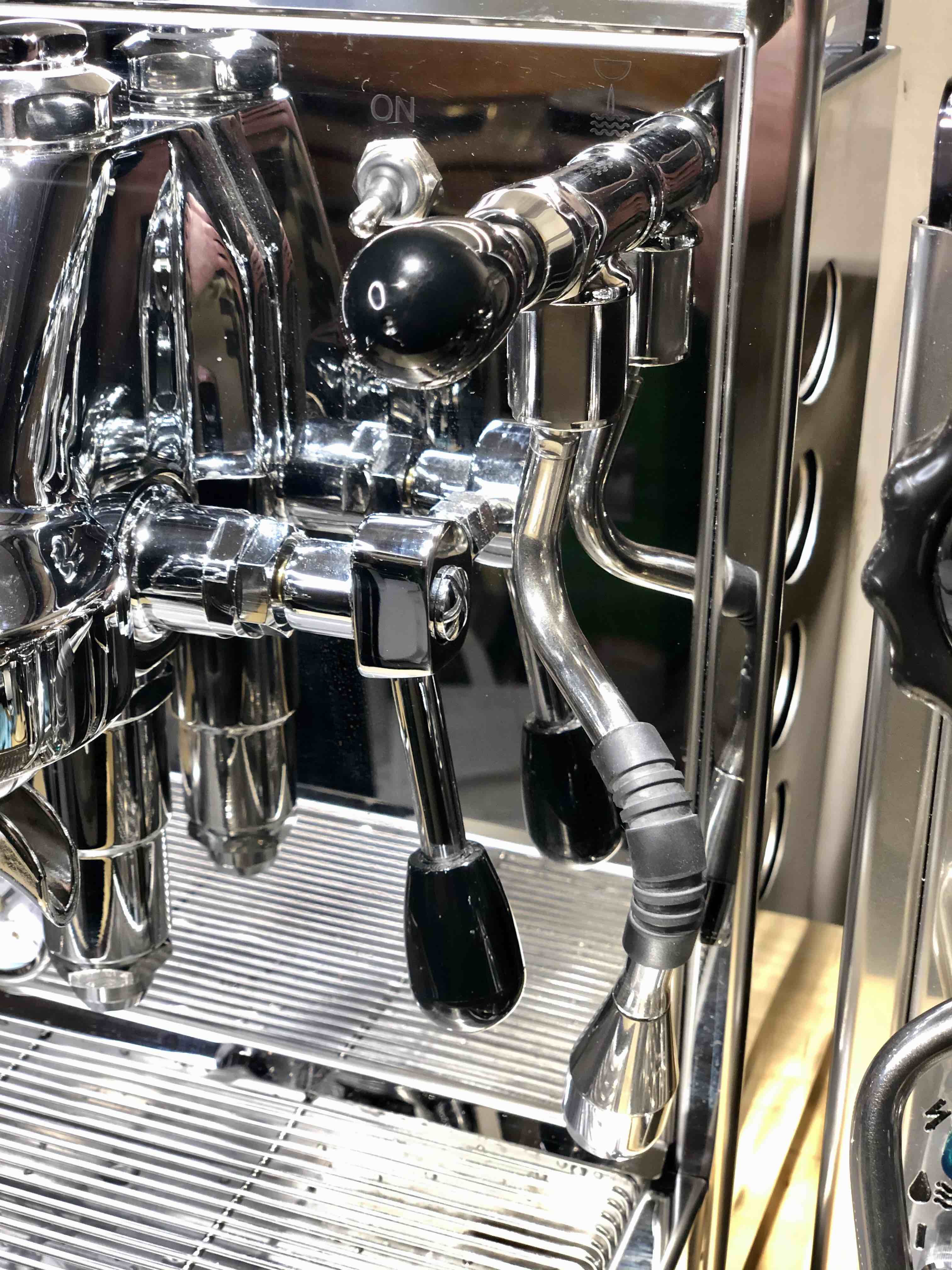 I am glad to see that they included two gauges.  One is for the boiler pressure and the other is for brew pressure.  However they are so small and I found them difficult to read compared to other brands. 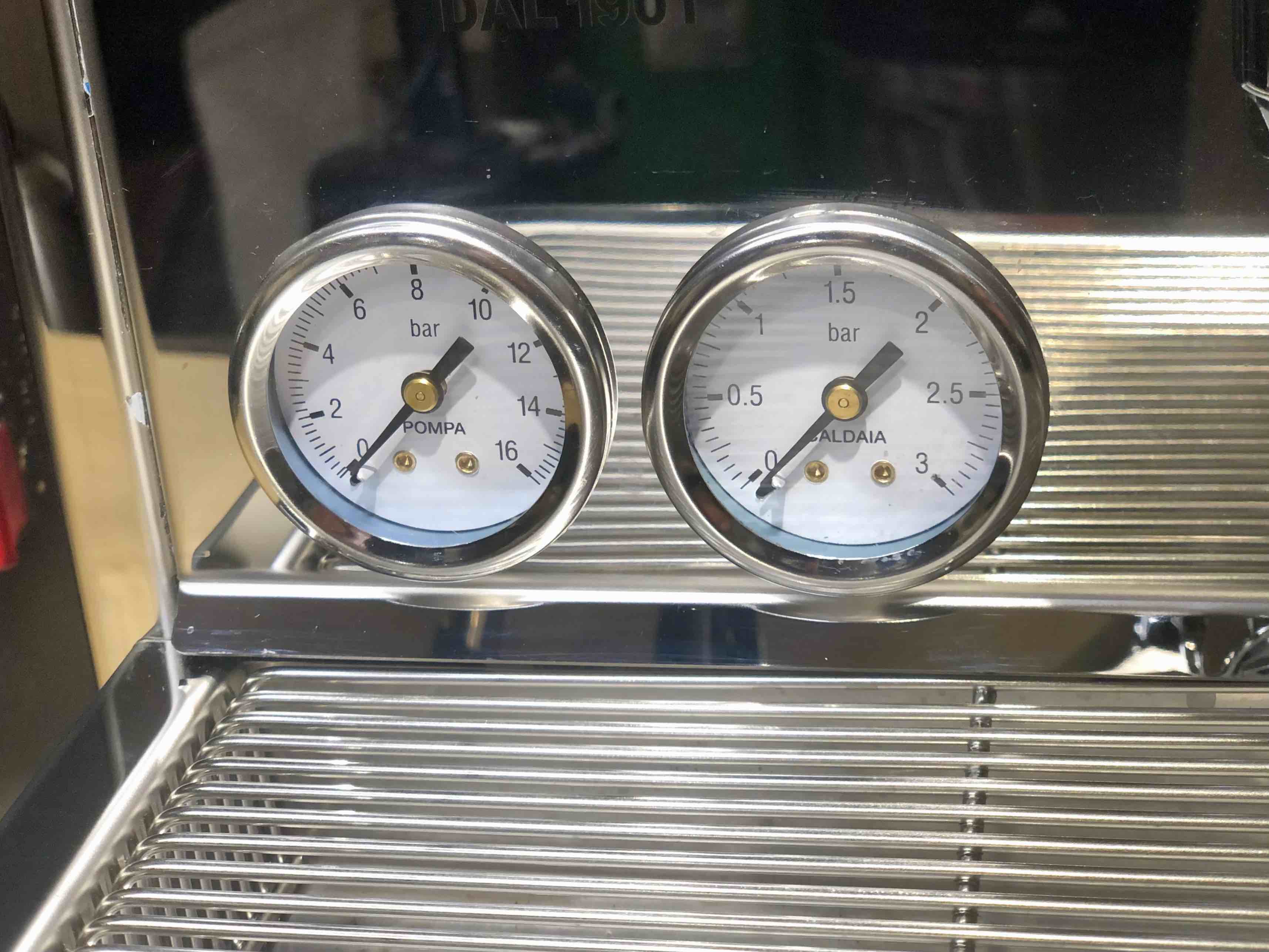 The drip tray is honestly quite large for a machine of this size, always something I usually complain about with Rocket. I find the larger capacity tray nice, especially with a HX machine, where I typically like to purge the group head before the shot to drop the temperature a little bit. 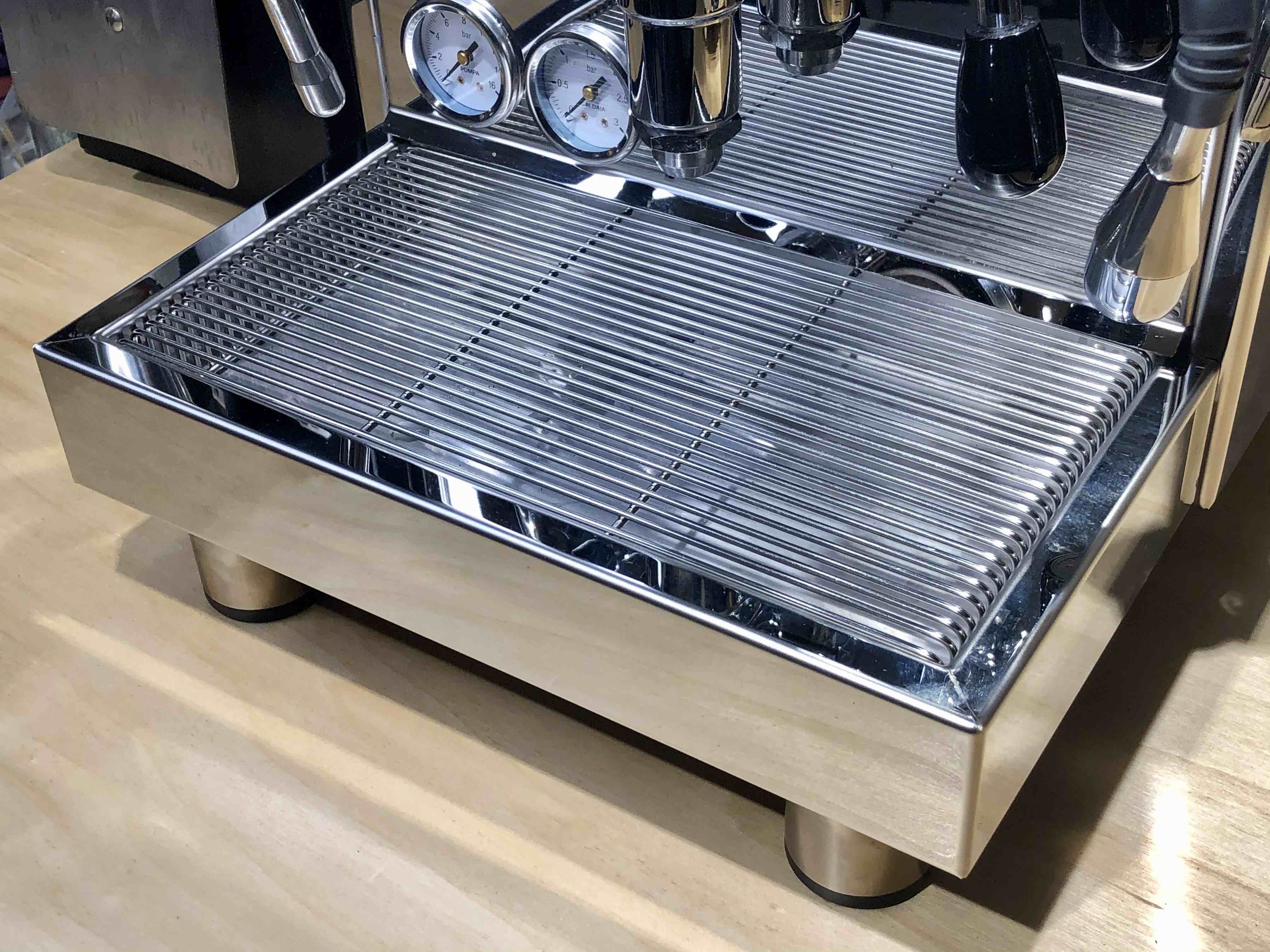 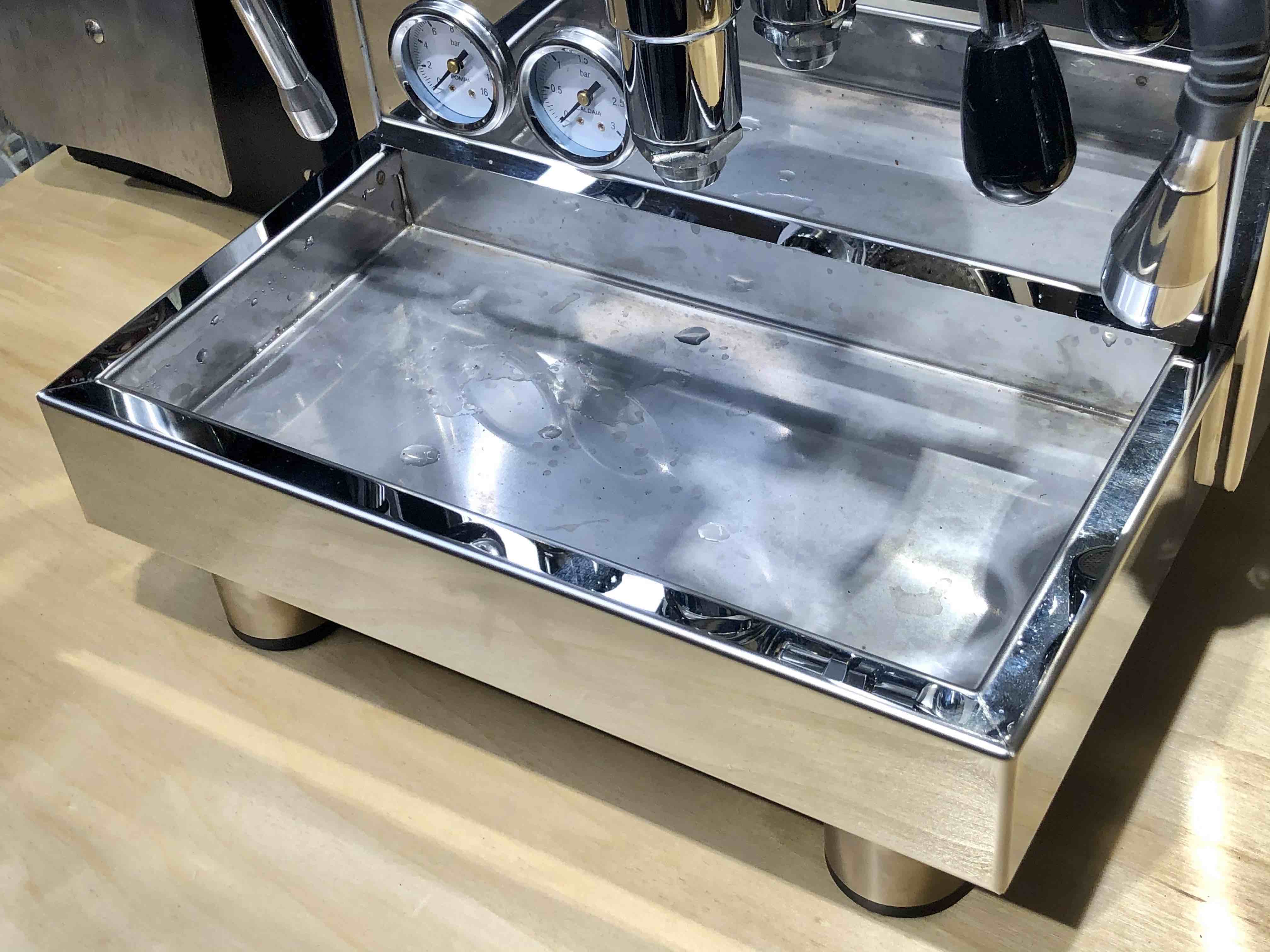 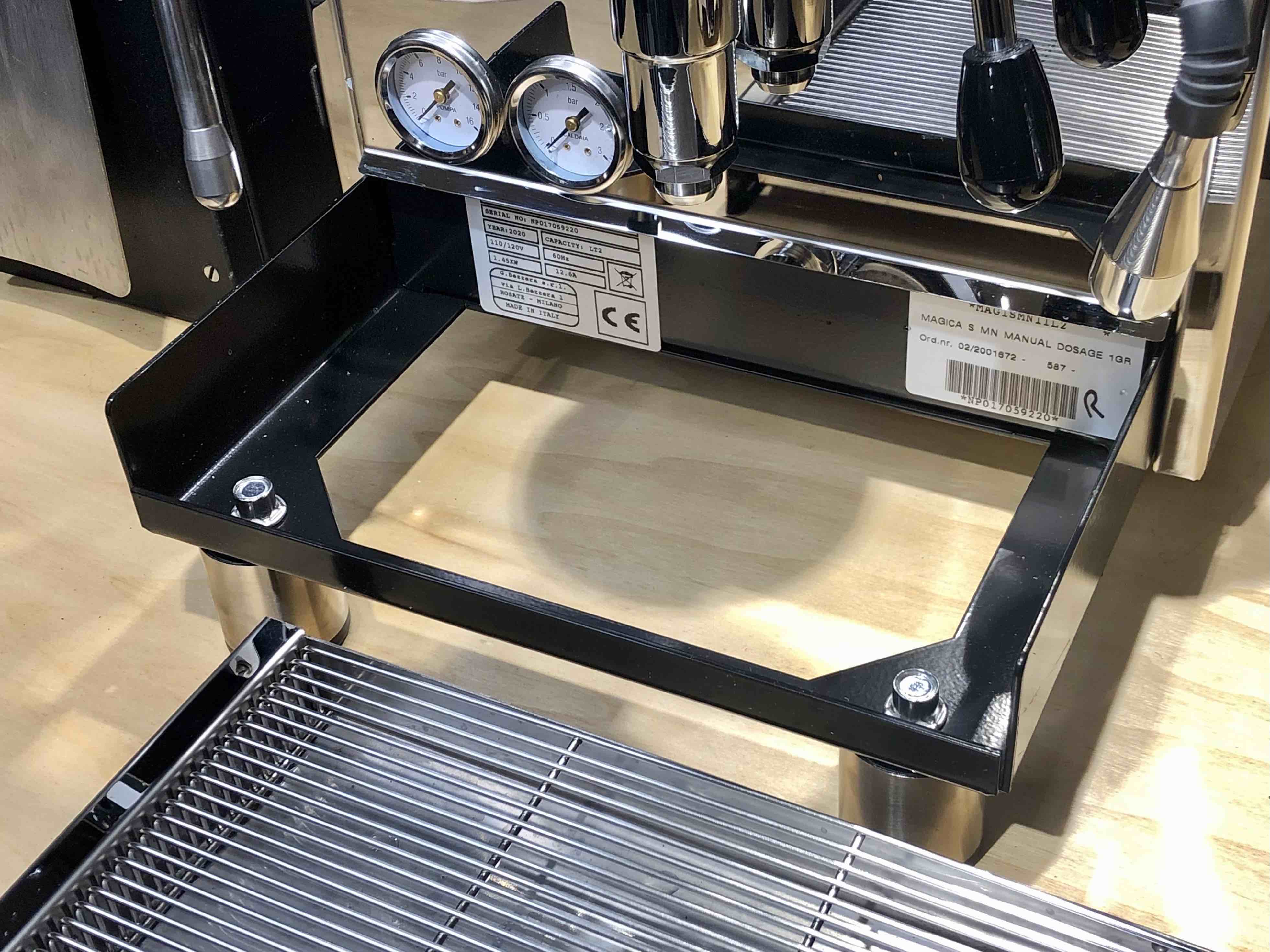 Looking at the controls, there is a toggle power switch similar to most machines of this caliber. They have added two more modern LED lights with nice shiny bezels. One is to indicate the power is on, and the second is to indicate that the heating element is cycling on and off. 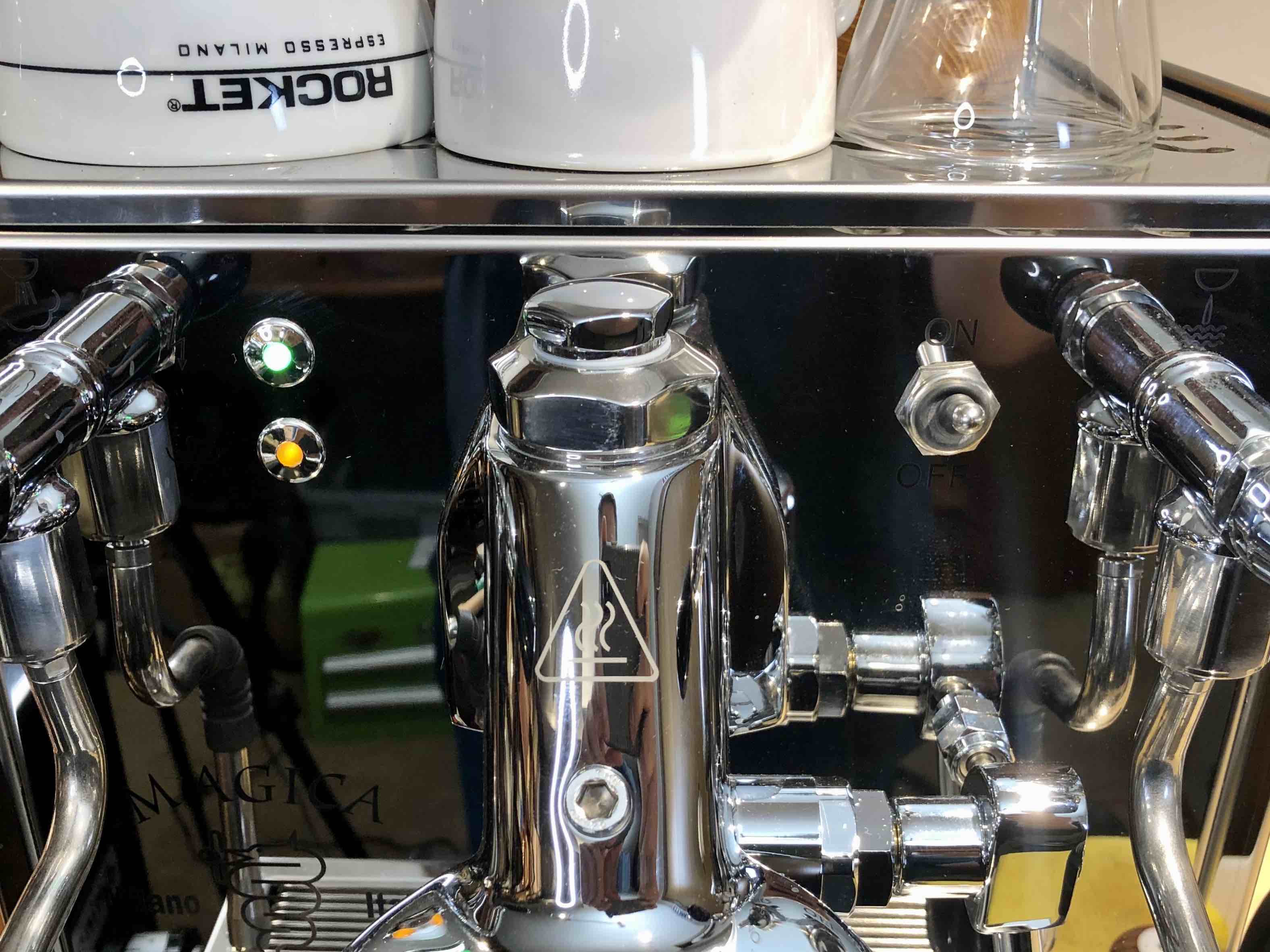 I must say I was a bit surprised with the shot quality that the Magica was able to produce. The machine seemed to maintain an accurate temperature and thus produce a very consistent and very good espresso shot. I have not used a non PID controlled machine in quite some time, and this thing really performs amazingly! Many say that a PID does not help much, if any, when using in conjunction with an HX machine, but I always prefer the PID as they are more accurate and newer technologies. Easier to adjust temp, etc. I had no issues with this machine what so ever. The first shot I pulled was fantastic! All the subsequent shots I pulled there after were all so consistent. No complaints! Priced at about $2000 the Magica packs a punch, and includes everything you need to get started. If you are in the market I recommend picking out a nice espresso tamper and a bottomless portafilter. 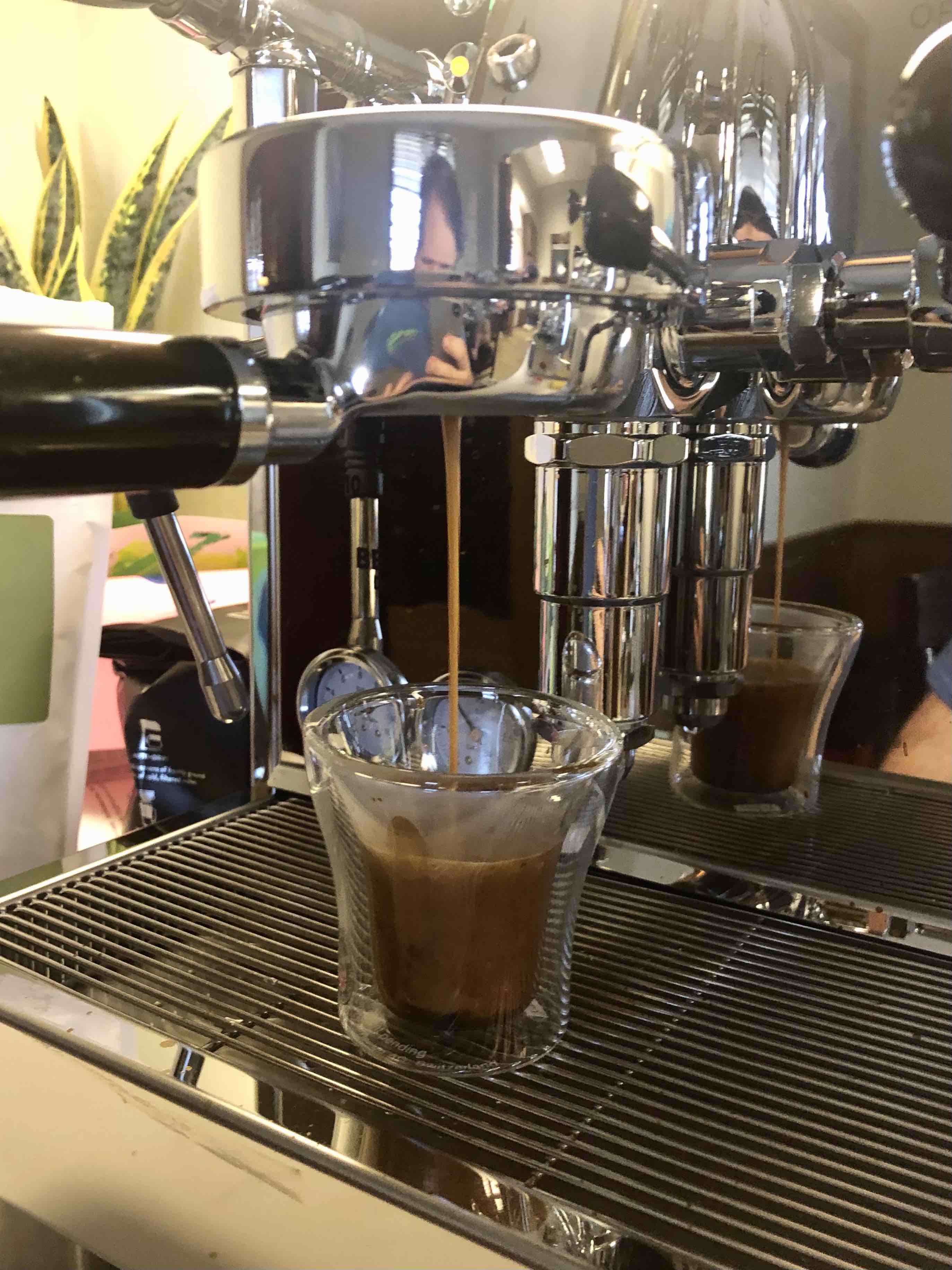 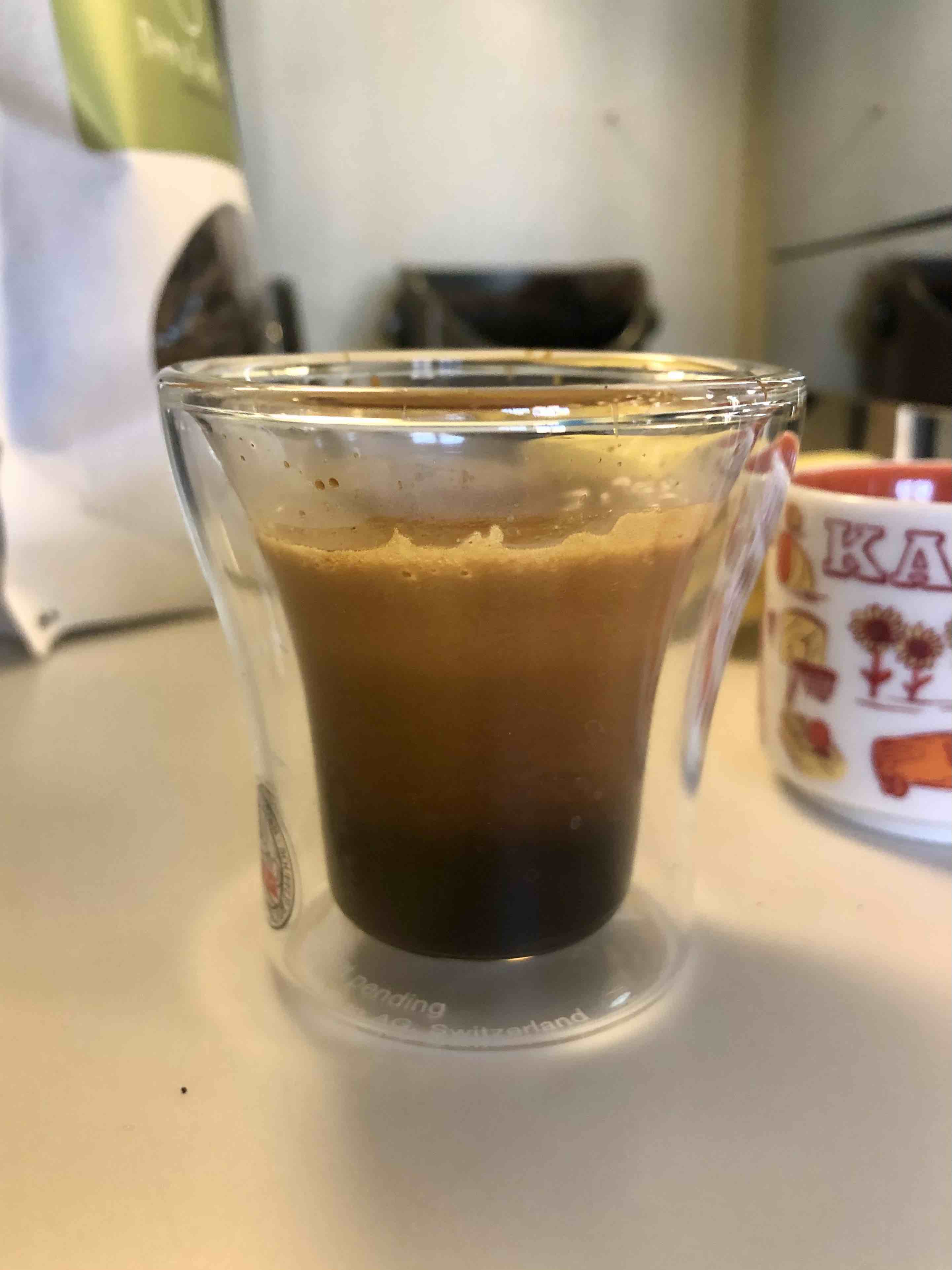 I reviewed the non PID version from Espresso Outlet but the PID version can be found here for the same price!

Who is this machine for: 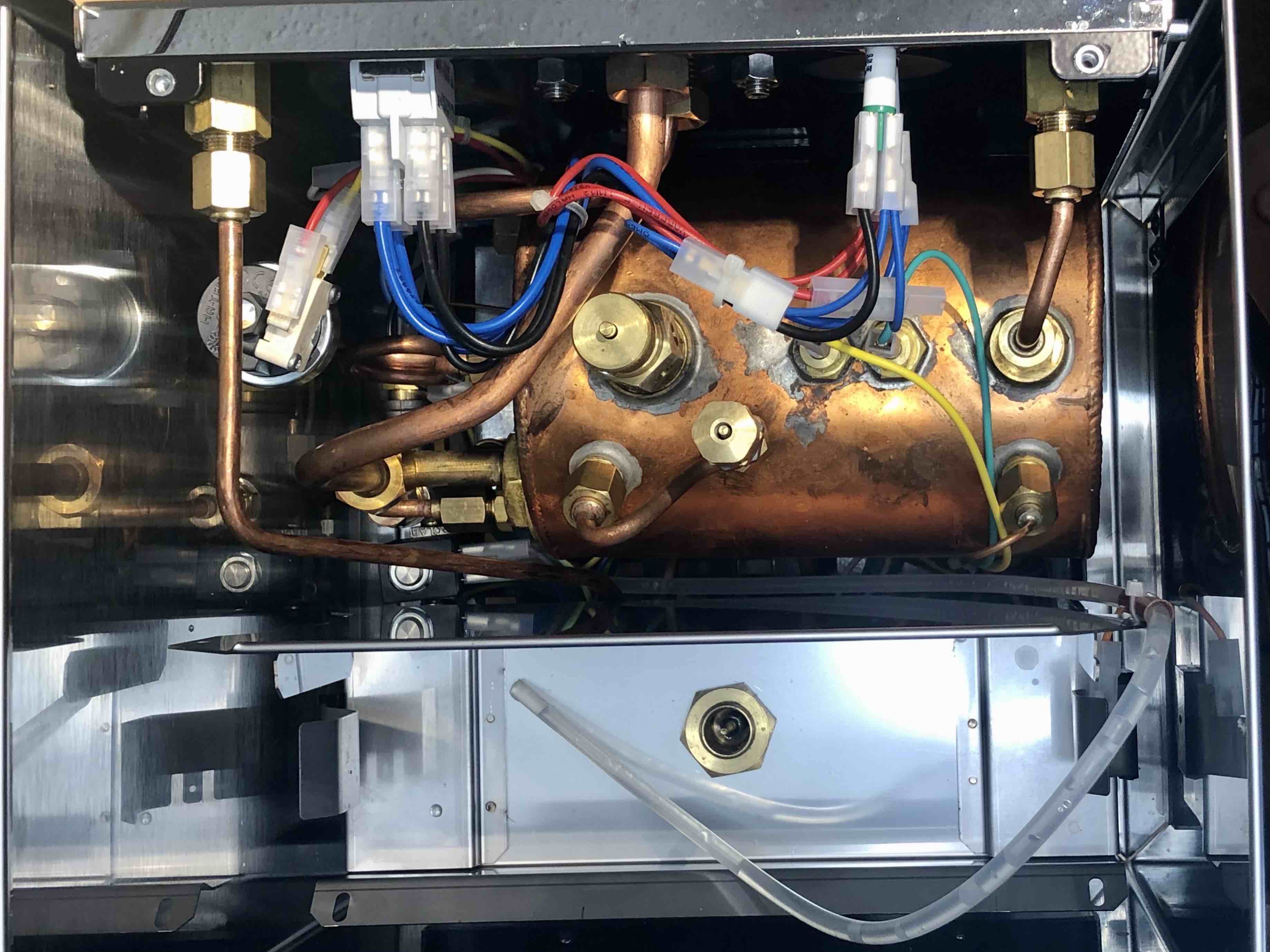 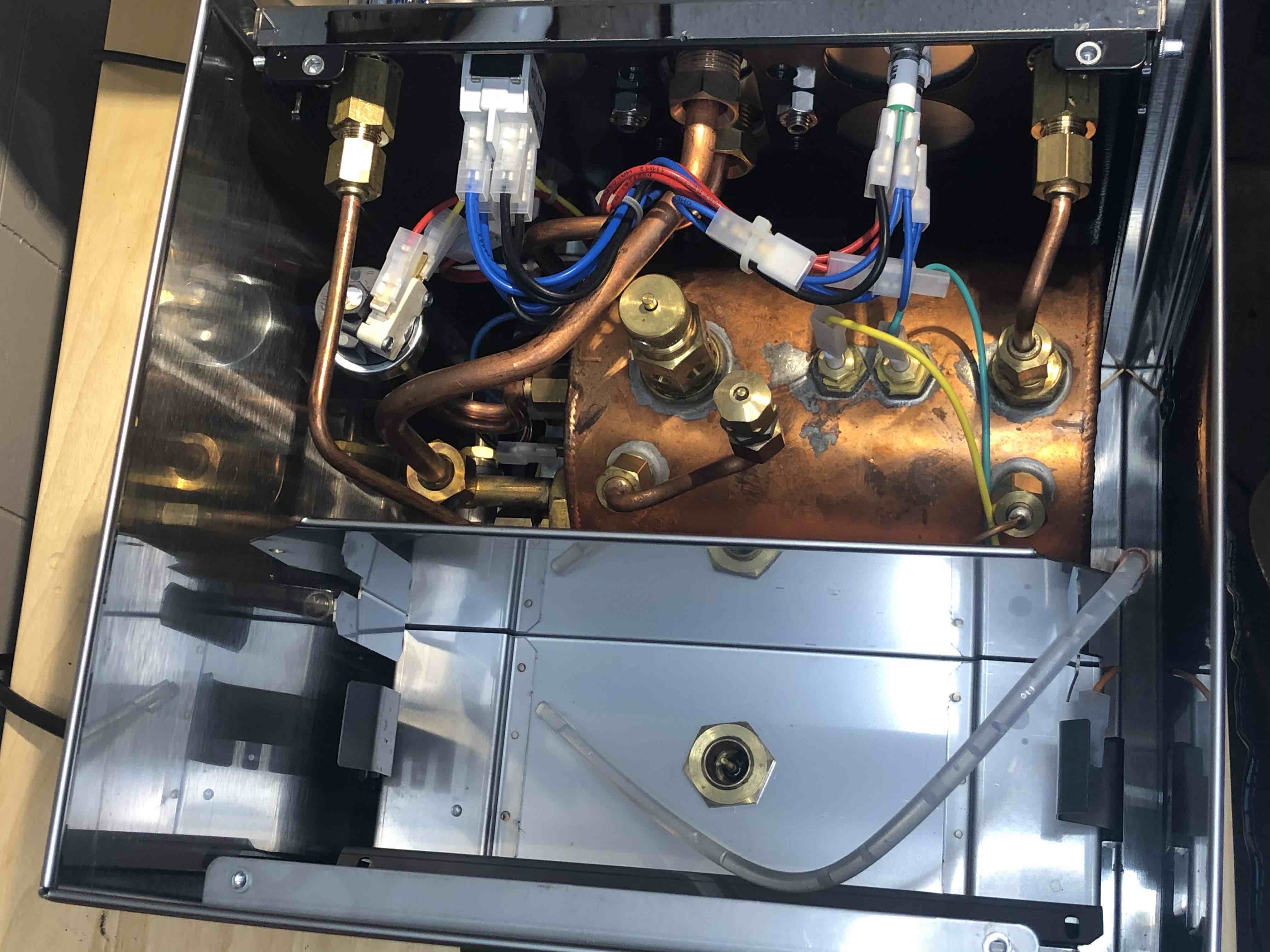