I have been a long time Baratza fan. They have developed a product line that is a sweet spot for coffee and espresso grinders.  For most people that are wanting to get into more serious coffee brewing at home, the Baratza line is a great place to start looking.  Overall the Baratza 270 has tremendous value and outstanding performance!  Lets take a look at this grinder in depth including opening it up to see the inner workings.

My Baratza story. When I got into coffee I was using a blade grinder. Luckily I have learned since then.  If you are using a blade grinder, its time to pay attention.   My big upgrade was a $300 Baratza Preciso. I still have it at least 6-7 years later and yes I still use it regularly. I had a relatively inexpensive Delonghi espresso machine that I paired it with. It did me well for many years until I upgraded my espresso machine to a Rocket Giotto. The Preciso held up, but was breaking very frequently due to the much finer grind that is required for a non pressurized portafilter.

Fast forward a bit, Baratza discontinued the Preciso, which at the time was one of their better grinders. Since then they have come out with the Sette 270, which is an extremely attractive price point and value. The issues that the Preciso and Virtuoso had, would soon be a thing of the past with the new designs Baratza was coming out with. The Sette 270 has a totally new design from the ground up. It has an angular body that swoops backwards, electronics for a timed dose, completely different gearbox and burr holder design. I will note, there are two variations, the basic Sette 270, and the Sette 270Wi. This review is about the basic 270. If your curious how the Wi version is different, it uses an integrated scale to measure the grounds that you are dosing.

Opening the box, they have carefully packaged each piece to prevent damage during shipping. It is a no brainer to get assembled. Simply twist the hopper onto the grinder body, and you are good to go. They include a small cleaning brush which you will want to hang on to, the dosing cup, grounds tray, removable power cord, and a bag with a couple of tools and burr shims. 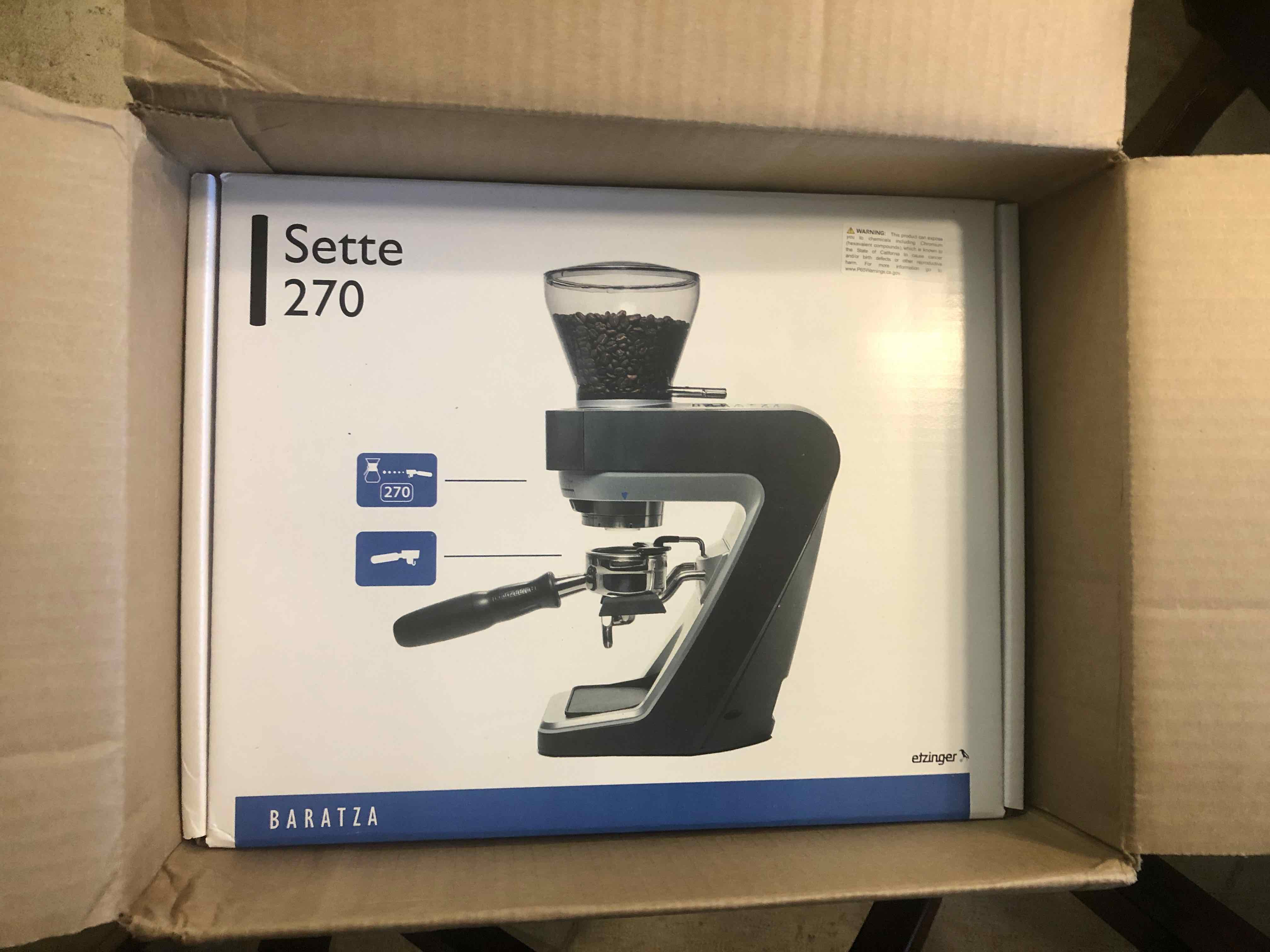 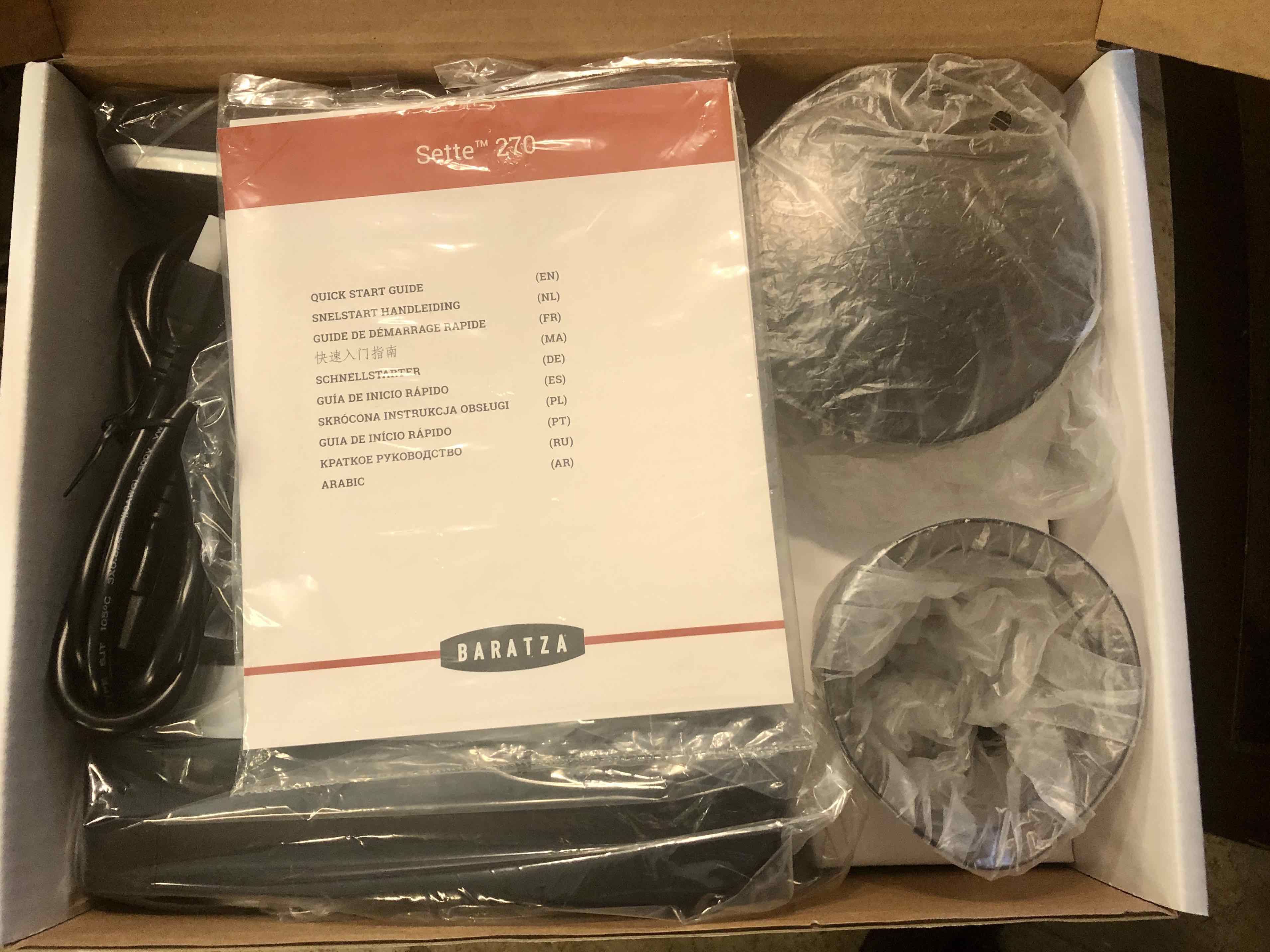 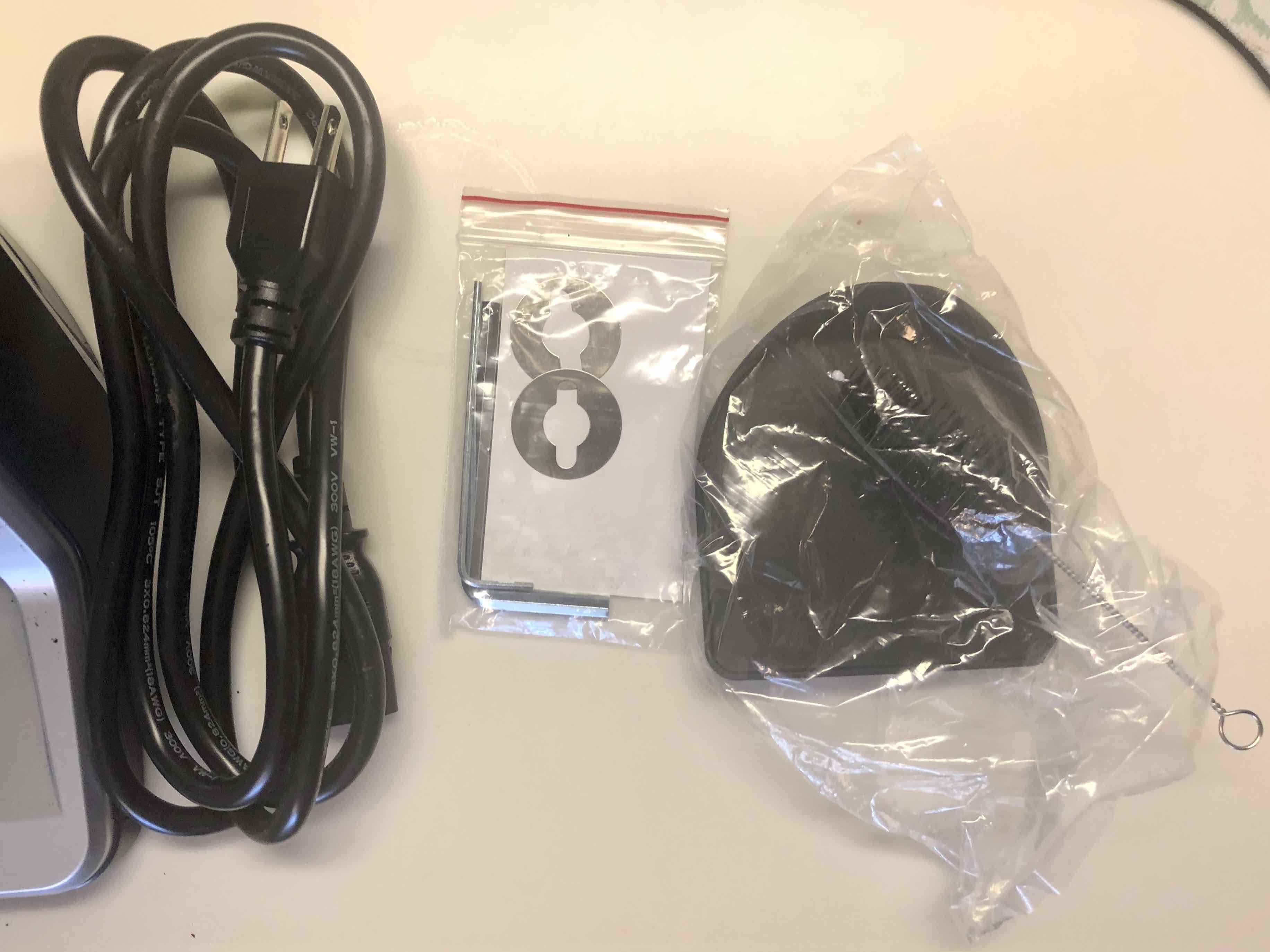 The tray to catch your loose grounds is not the best, but better than nothing.  It simply slides into place and is kind of a rubberized piece of plastic.  It would be nice if it had taller sides in the front to catch a few extra grounds, but I am thinking they did not do this so that when pulling your dosing cup out, you don't pull the tray along with it.   The nice part about a removable tray is that you can run it under some warm water to clean. 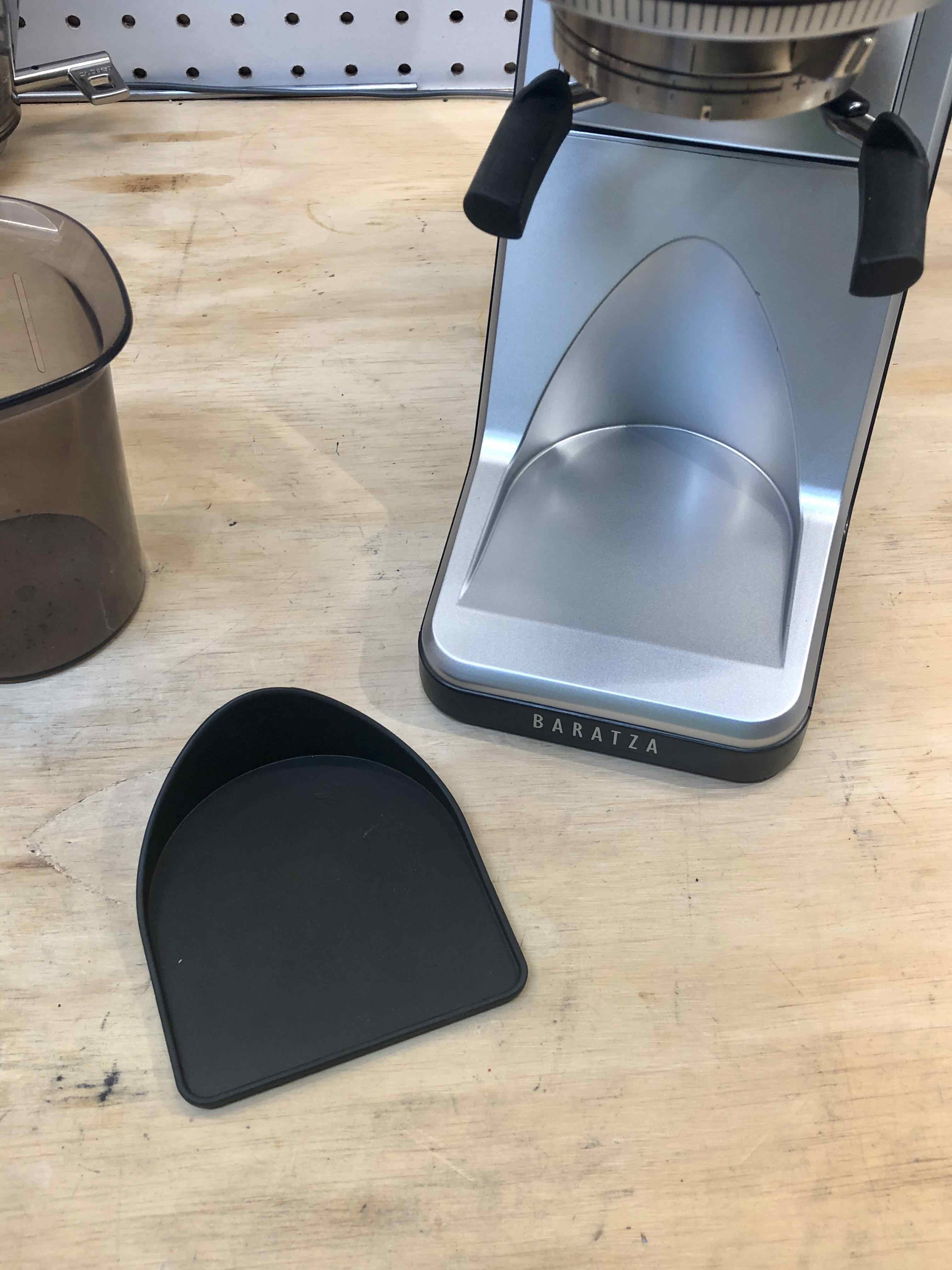 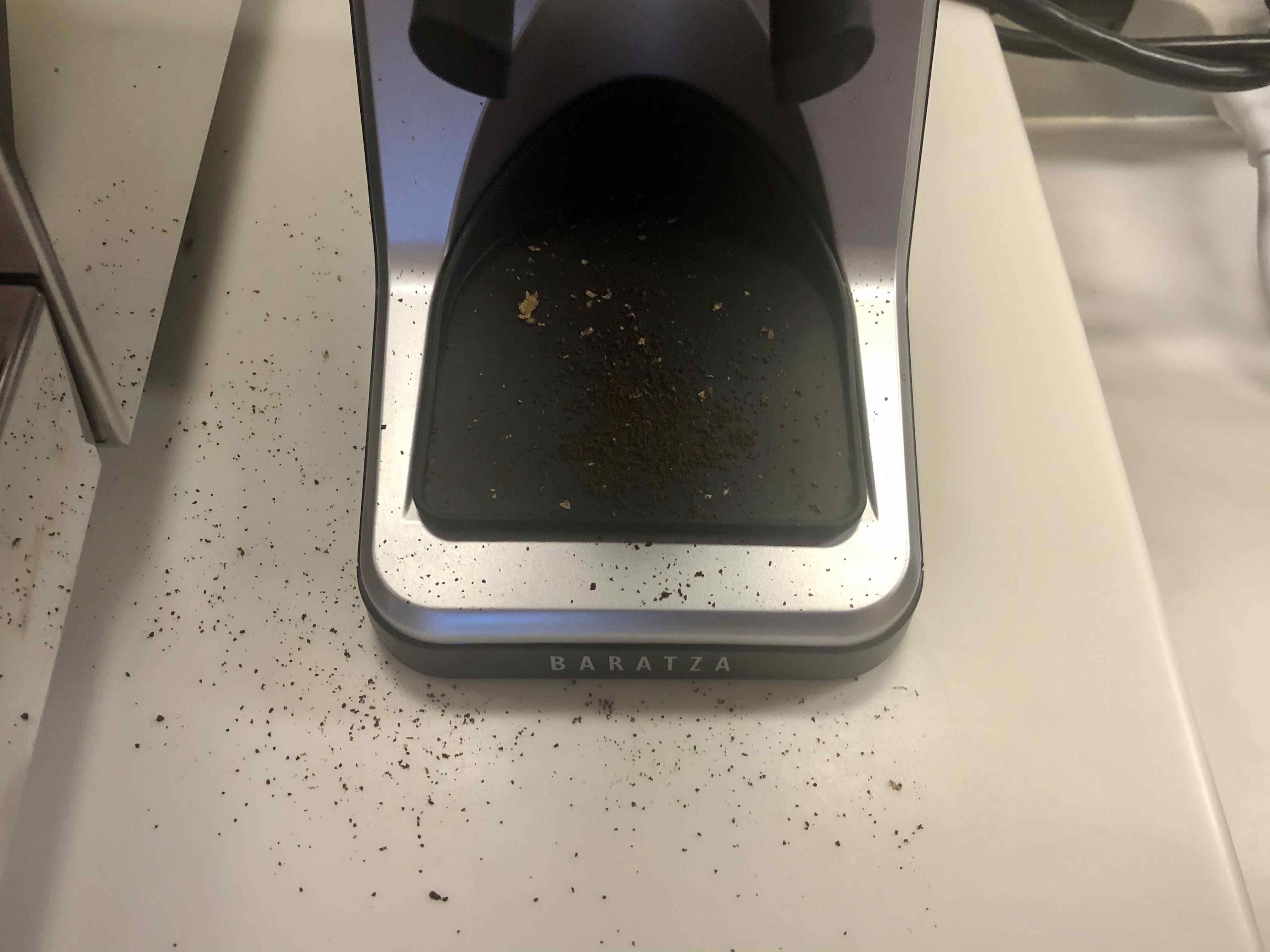 You have two options for grinding. You can grind directly into a dosing cup, which they include, or use the portafilter holder to cradle your portafilter as it grinds. This is great because it allows your grinder to be truly multi functional. Don't want a dedicated espresso grinder? You are covered. Want some of the features of a dedicated espresso grinder? They more than have you covered with the way the assembly works. 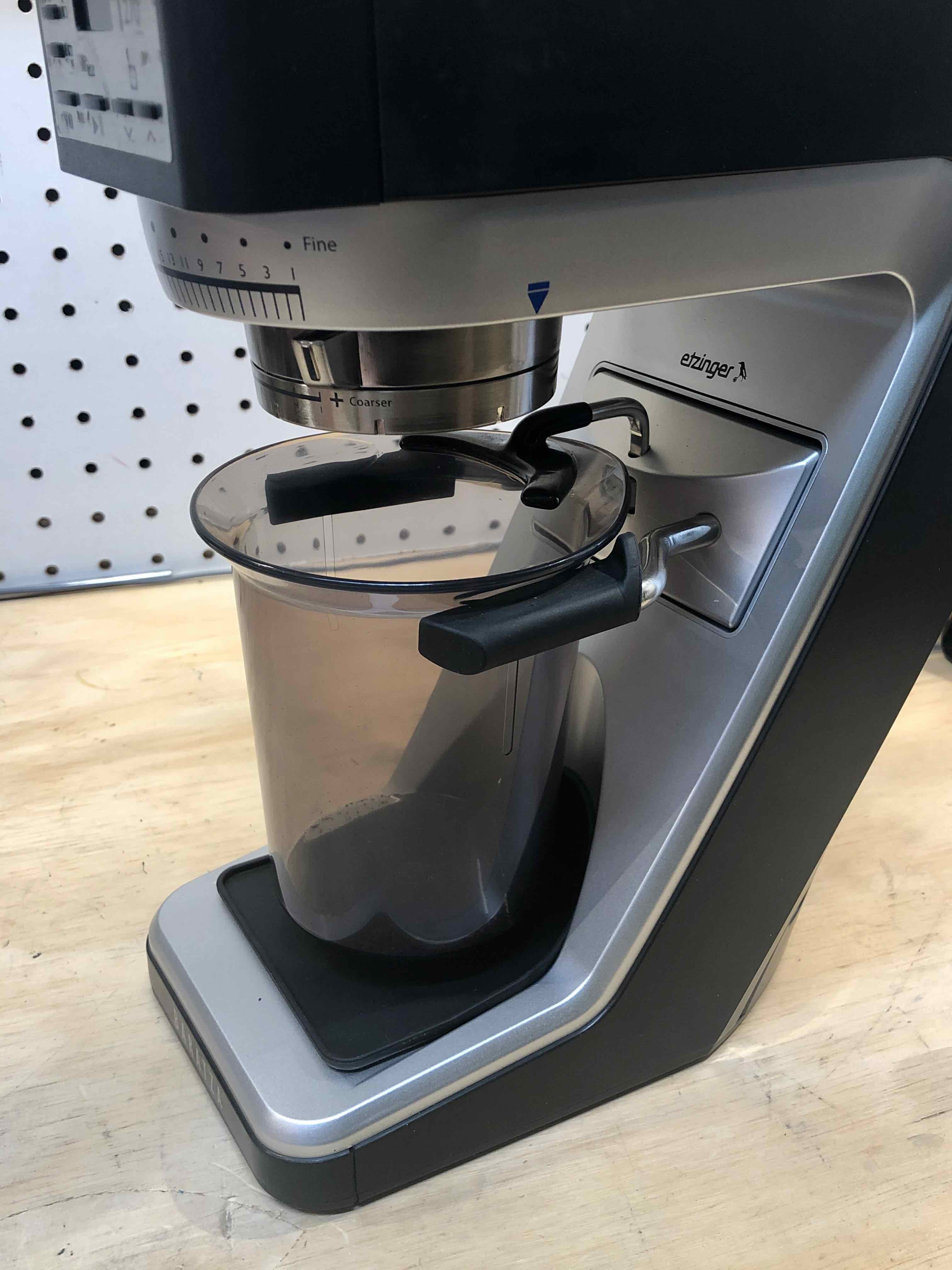 A Rocket 58mm portafilter is pictured, but I tried Breville 54mm, Gaggia 58mm, and La Spaziale 53mm and all fit well without needing to adjust anything. 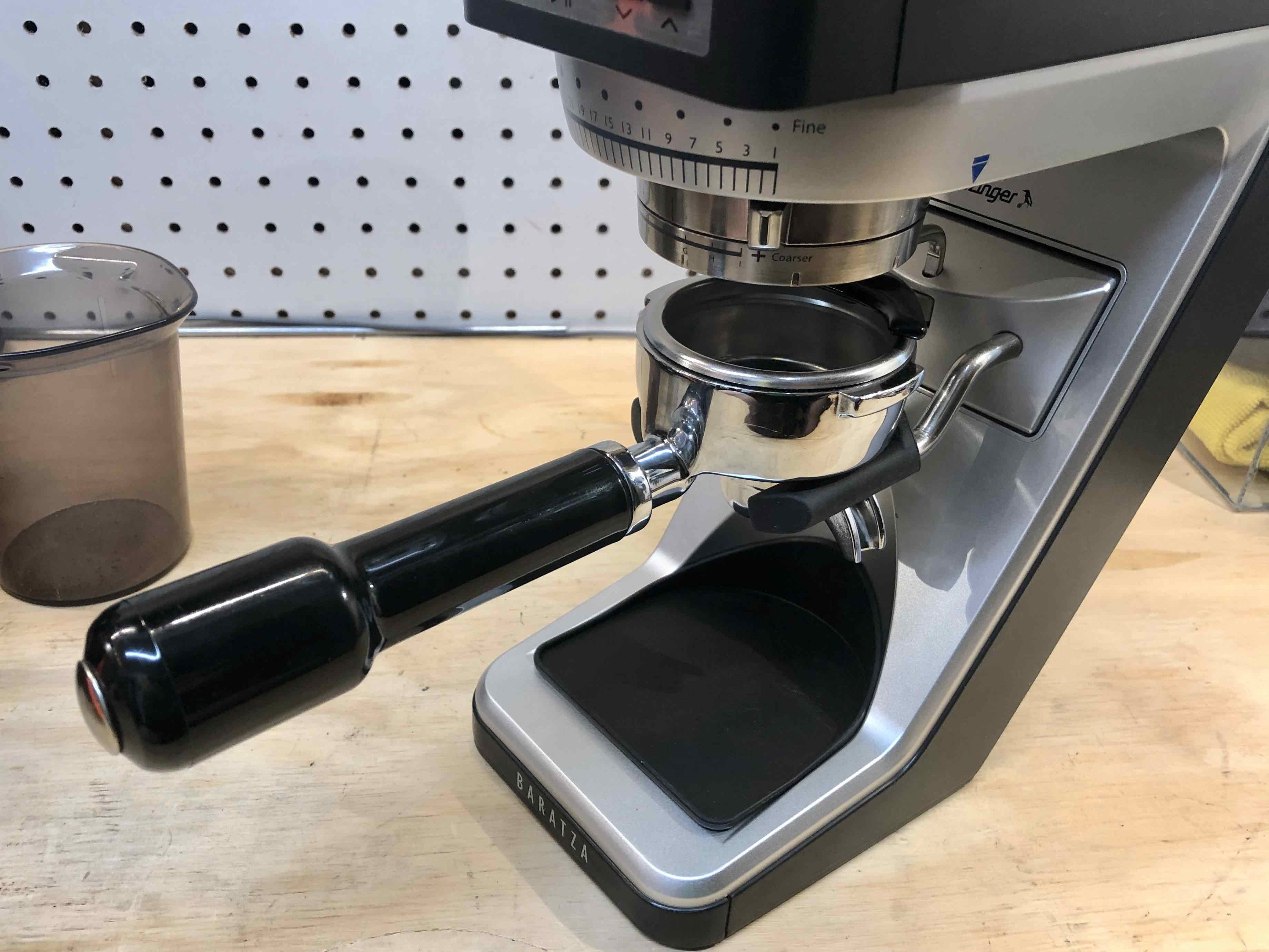 A video grinding directly into a portafilter.   I had not yet determined the setting yet in this video.  Usually ground around setting 8 for espresso.

Baratza 270 Grinding from Barrett on Vimeo.

To make the arms wider or narrower to use the dosing cup or portafilter, simply press the arms into the machine while rotating.  It has a mechanism to make both arms rotate the same.   See the video below.

So a huge plus about the gearbox and burr carrier design is that the 270 the motor is located perpendicular and behind the burrs.  Almost every grinder I can think of has the motor directly below the burrs and spins the bottom burr.   The 270's motor spins a disk that spins the top burrs allowing for less retention as the beans fall directly out of the burrs instead of into a chamber.  Make sure to see the pictures towards the end of this review for more pictures of the gearbox and motor removed from the housing. 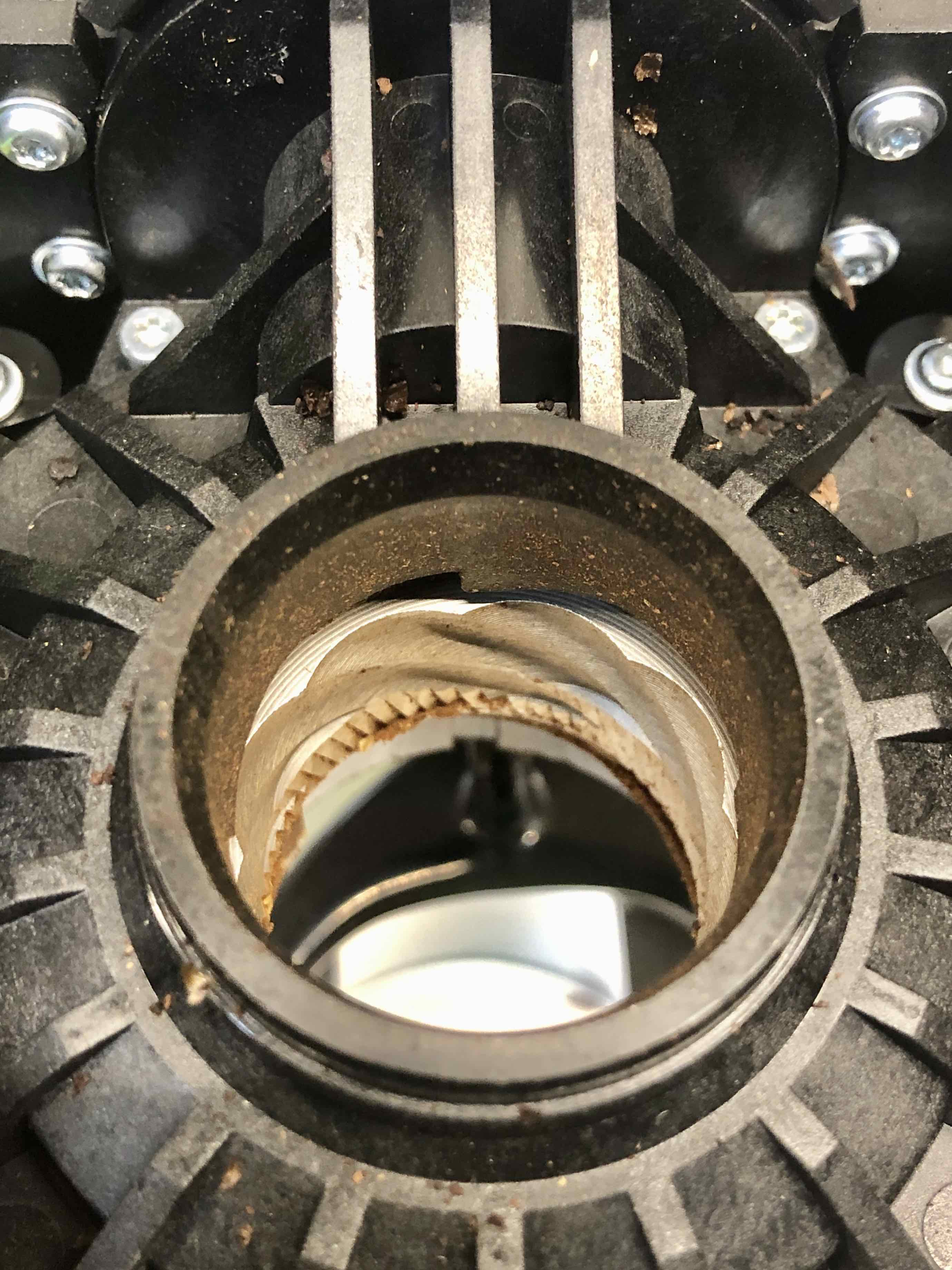 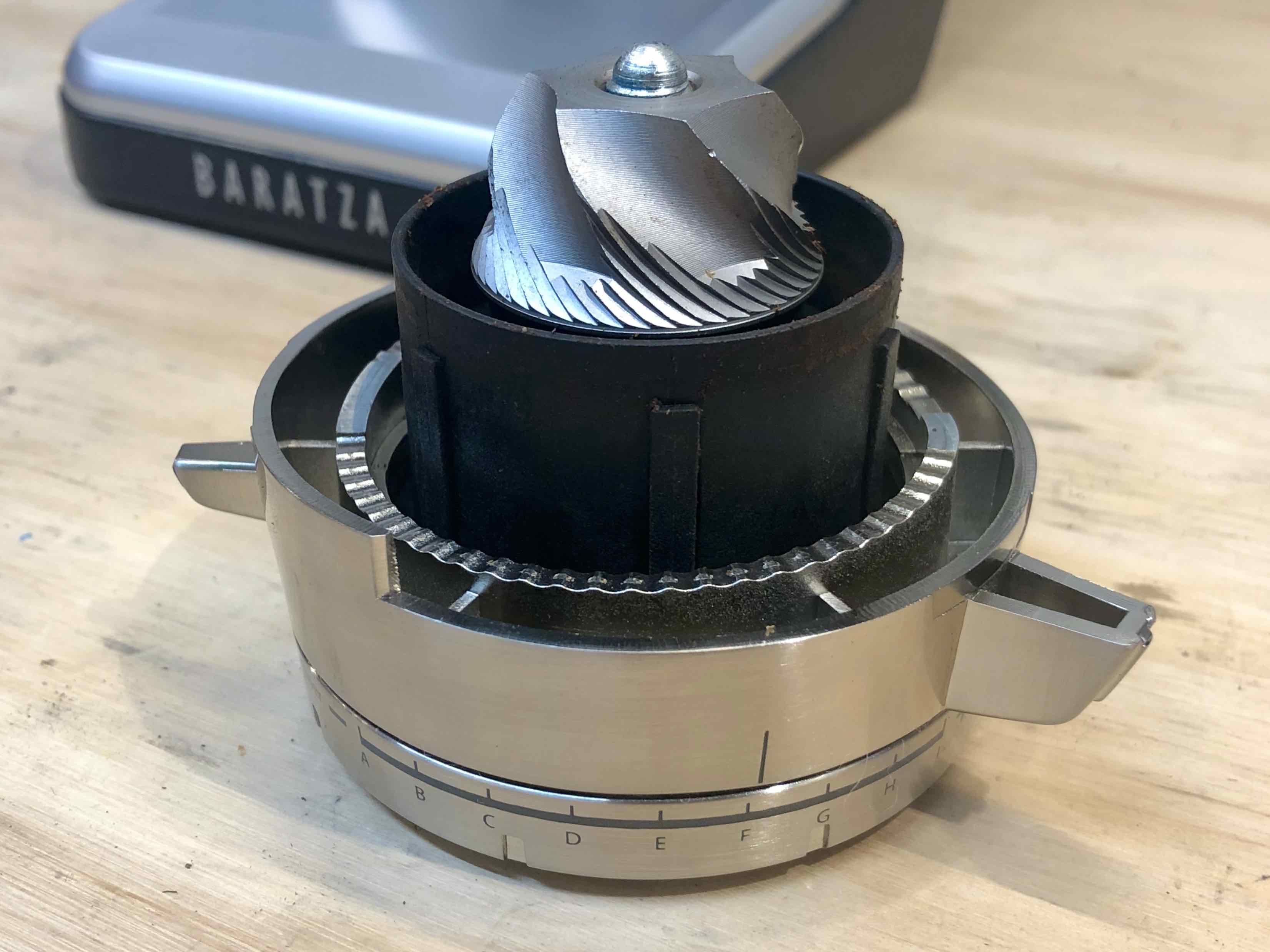 Baratza 270 Running without Case from Barrett on Vimeo.

The electronics are pretty basic. There are 3 preset times (10, 20 and 30 seconds), a start/pause button, a stop/reset button, and up/down buttons to change the timer settings.  to dial in your pre determined dose time, you can configure the 3 settings with your custom time.  It is nice to have 3 settings as you could use one for espresso, one for V60 or aeropress, and the last for a larger drip coffee maker.   The buttons work great, but don't have a very nice feeling. Not the end of the world. The display is a pretty basic 8 segment display that is backlit. Nothing fancy. The main thing I wish it had was a pulse button like some of the older Baratzas had. 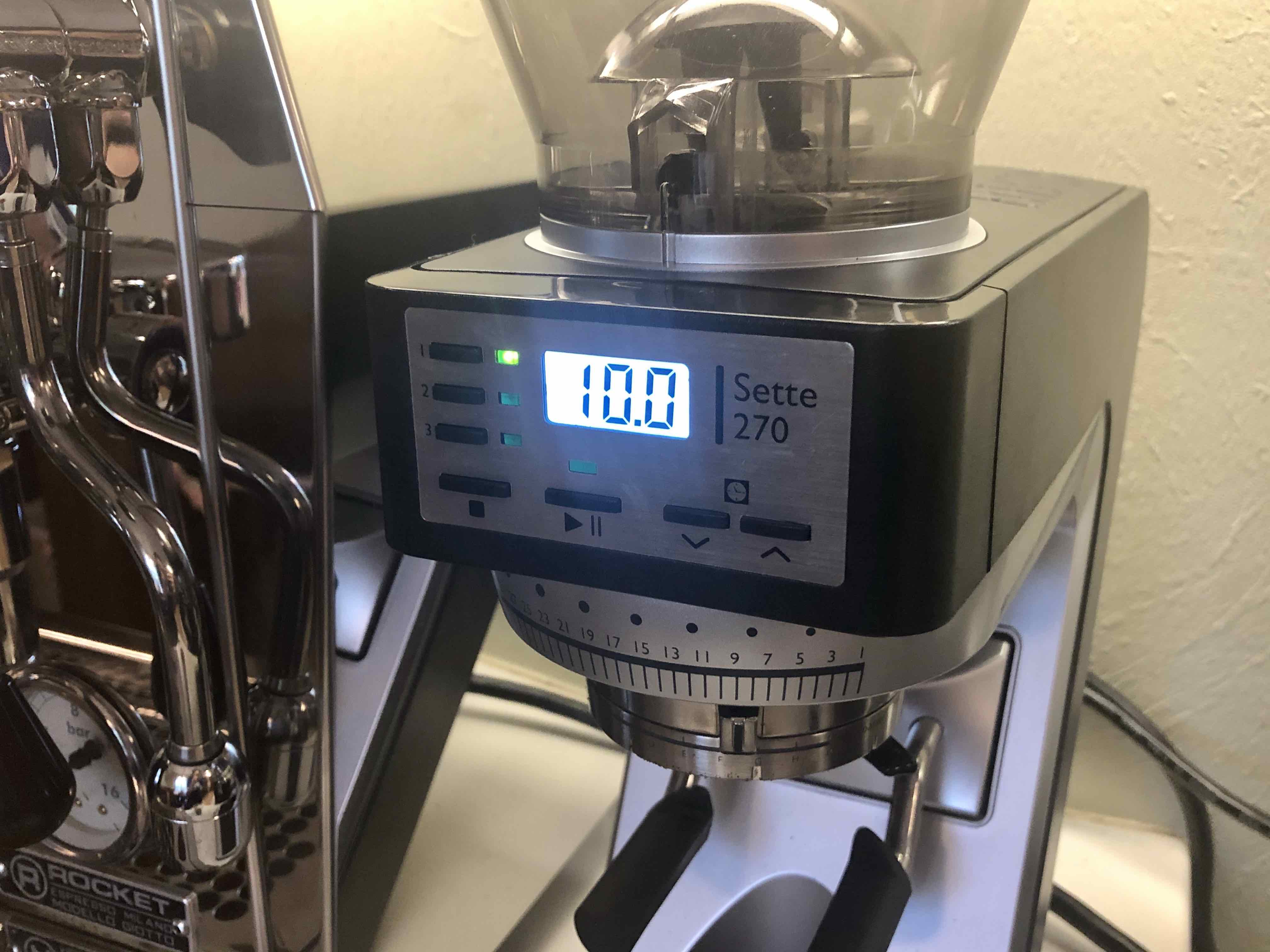 A major improvement on this grinder is the hopper. Not that the old hopper was necessarily bad, but the hopper on some of the older grinders also acted as the grind adjustment mechanism. On the Preciso and similar, it was all a bunch of thin plastic that loved to crack. The new hopper clips onto the top of the grinder and does exactly what it is designed for instead of being dual purpose. The bean shut off flap is also quite unique and works well.   I will note, I like how Baratza uses clear hopper lids.  Many of the commercial grade grinders use black lids which blocks some of the light if you are trying to see how full your hopper is, especially when you are almost out of beans. 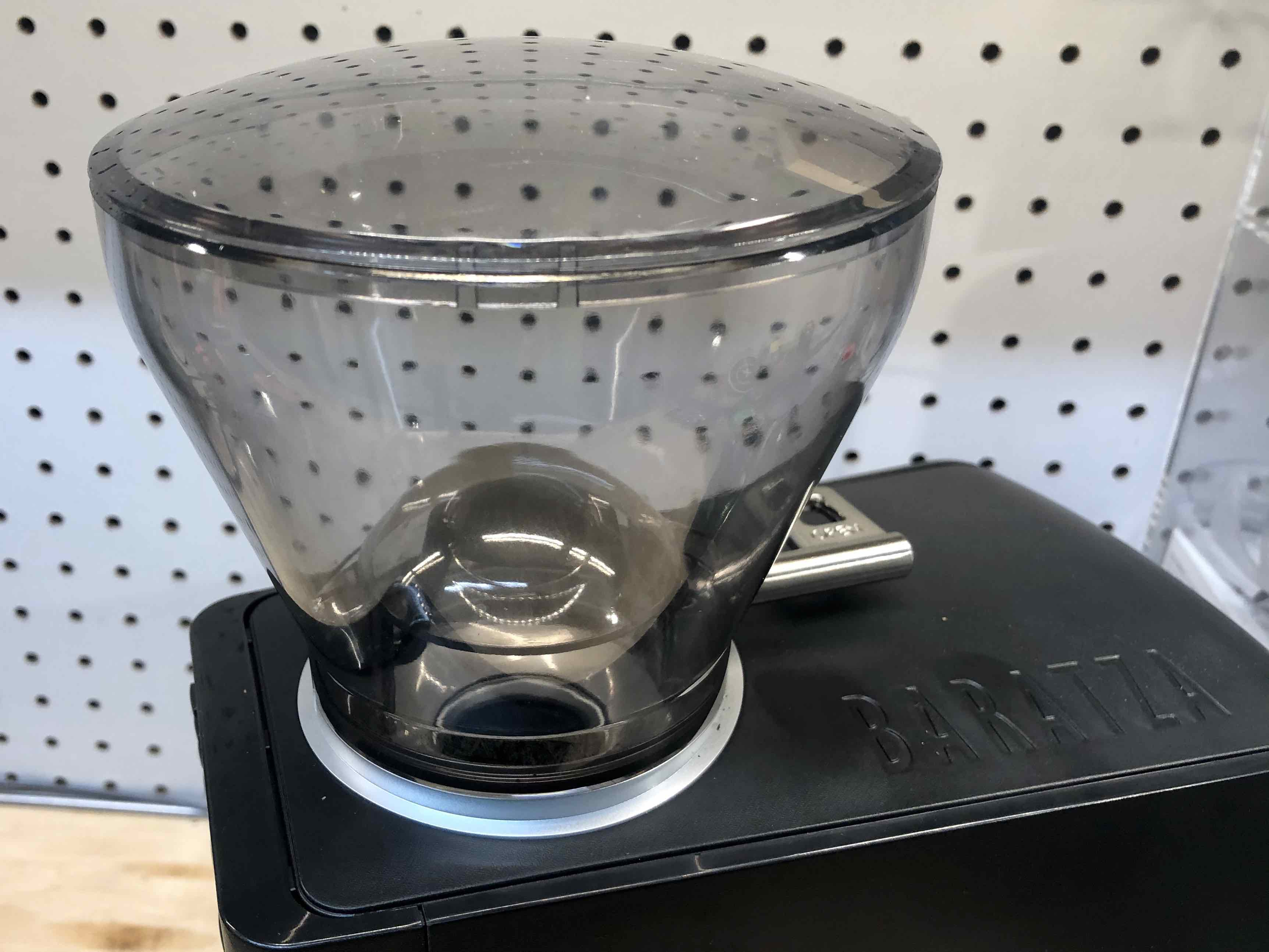 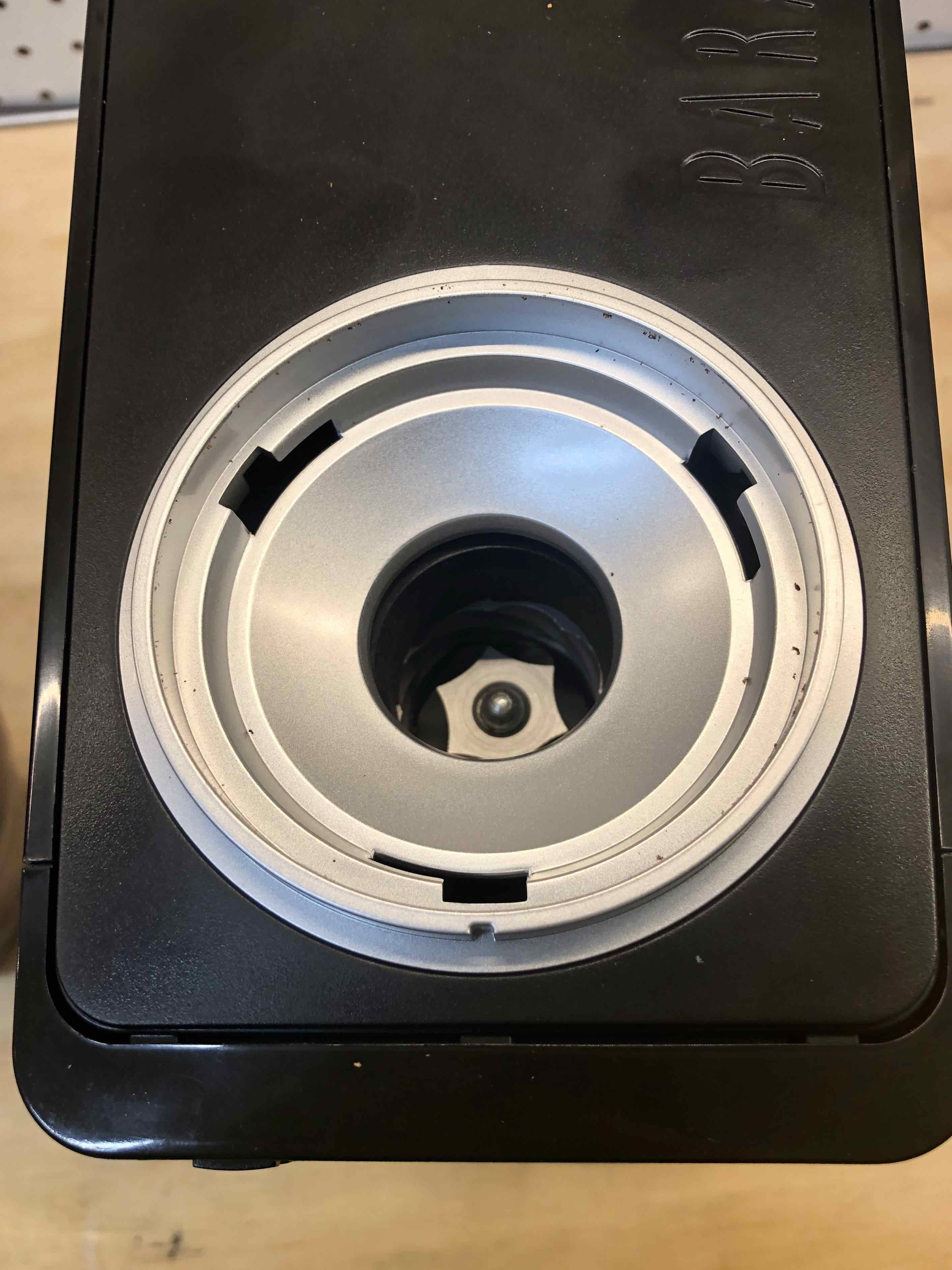 Baratza 270 Hopper Shut Off from Barrett on Vimeo.

Let's take a look inside this unique grinder.  Below is a picture with the back panel taken off.  The panel comes off via 4 screws on the back, and 1 more screw hidden under a rubber foot.  I was glad to see that they did not make removing the case impossible like they did on older grinders with the snap fitting clips.  Hopefully you won't ever need to open your grinder, but using screws is a much welcome improvement!

The back side of the portafilter cradle arm adjustment mechanism can be seen in the middle of the photo.  The wi versions scale mechanism sits right below the adjustment arms.  On the standard model it is simply braced. 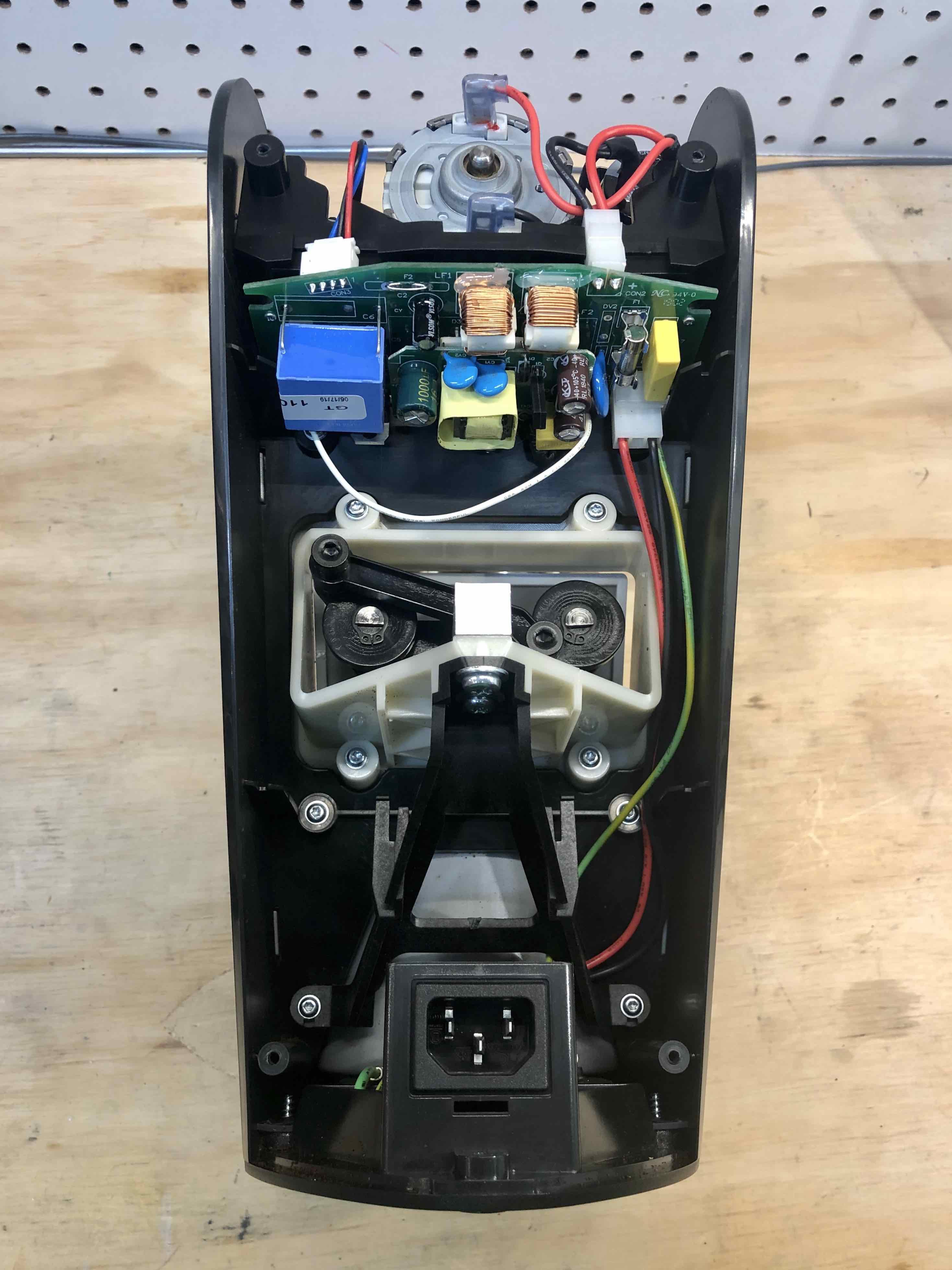 A top view of the grinder.   The green circuit board is the back of the display.  You can see how the motor is located behind the burrs instead of below the burrs which is common on most grinders.  The 4 screws next to the metal motor housing is what holds the entire motor/burr/gearbox mechanism in place.  These screws have rubber mounts/shock absorbers to help reduce vibration and noise. 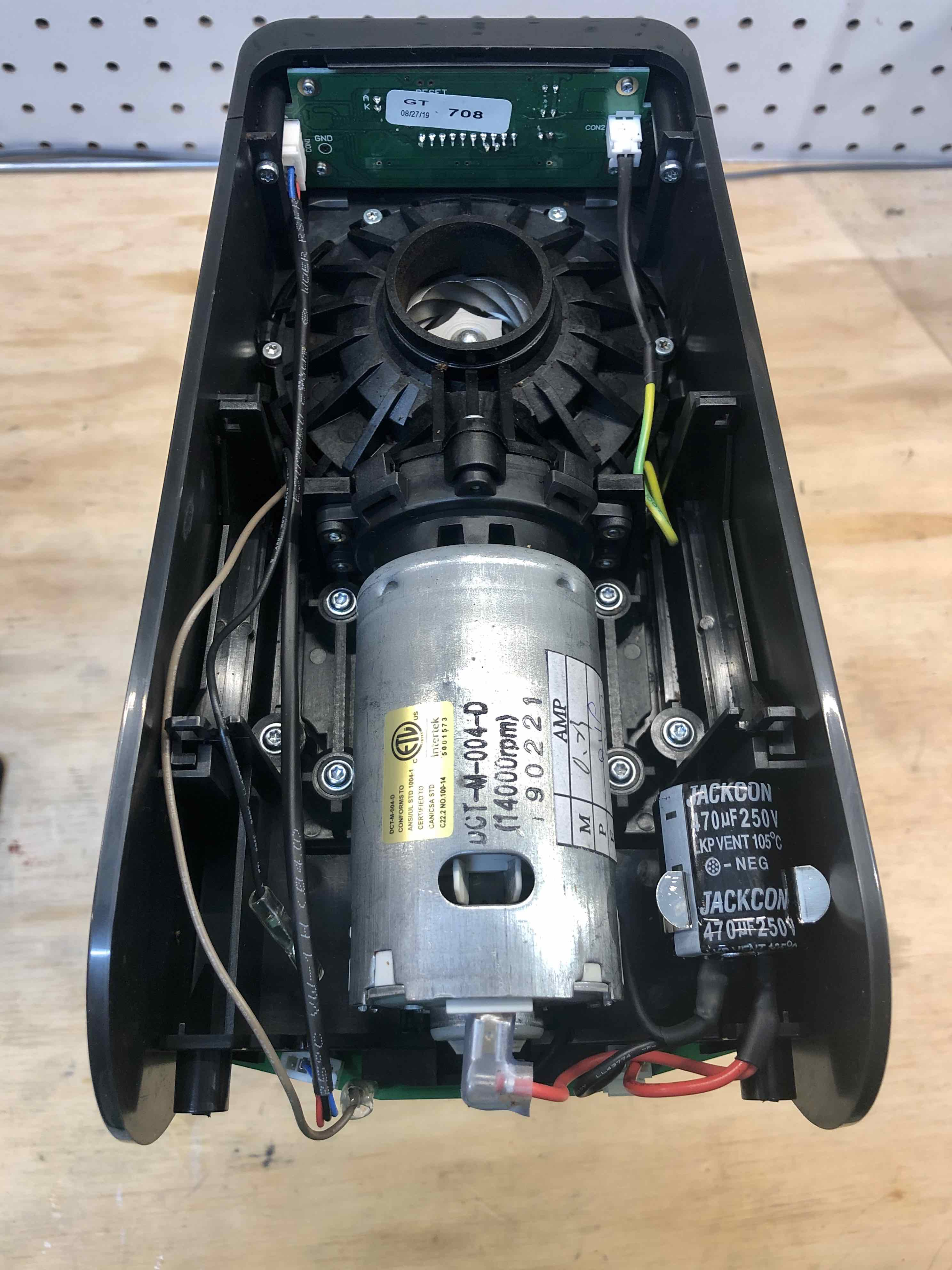 Below, a picture of the motor and the grinding chamber removed from the grinder. 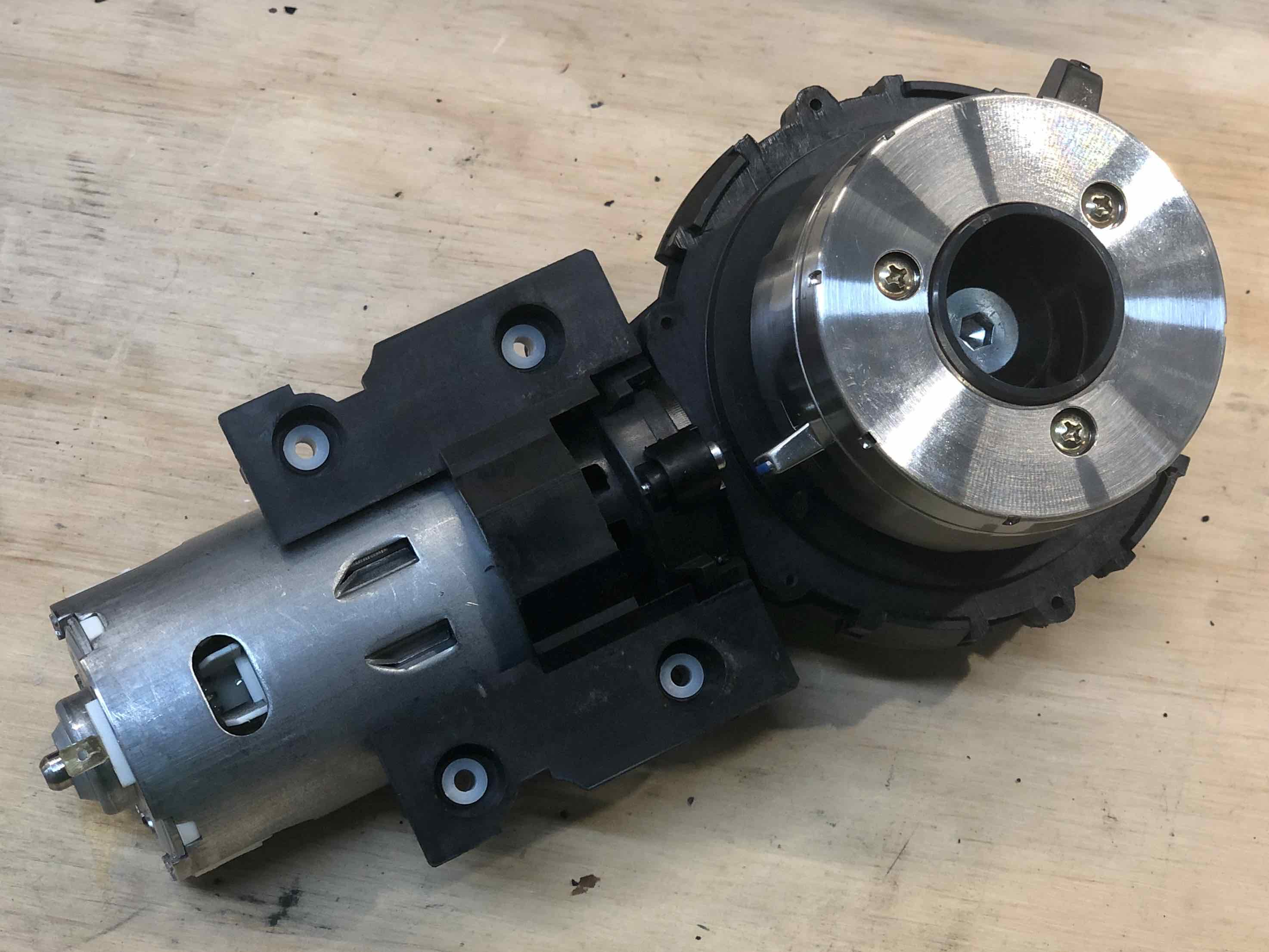 A similar photo but without the bottom burr in place. 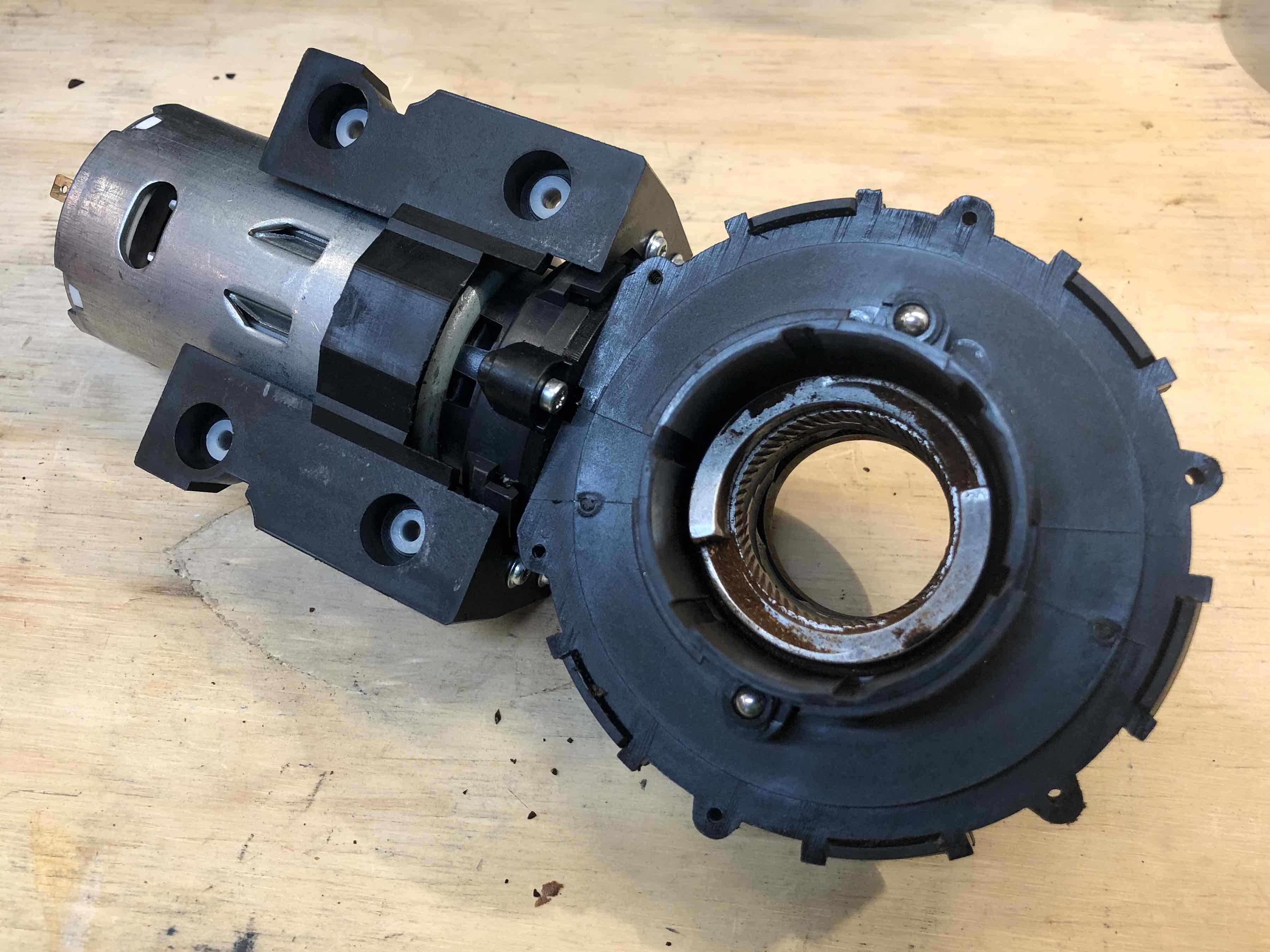 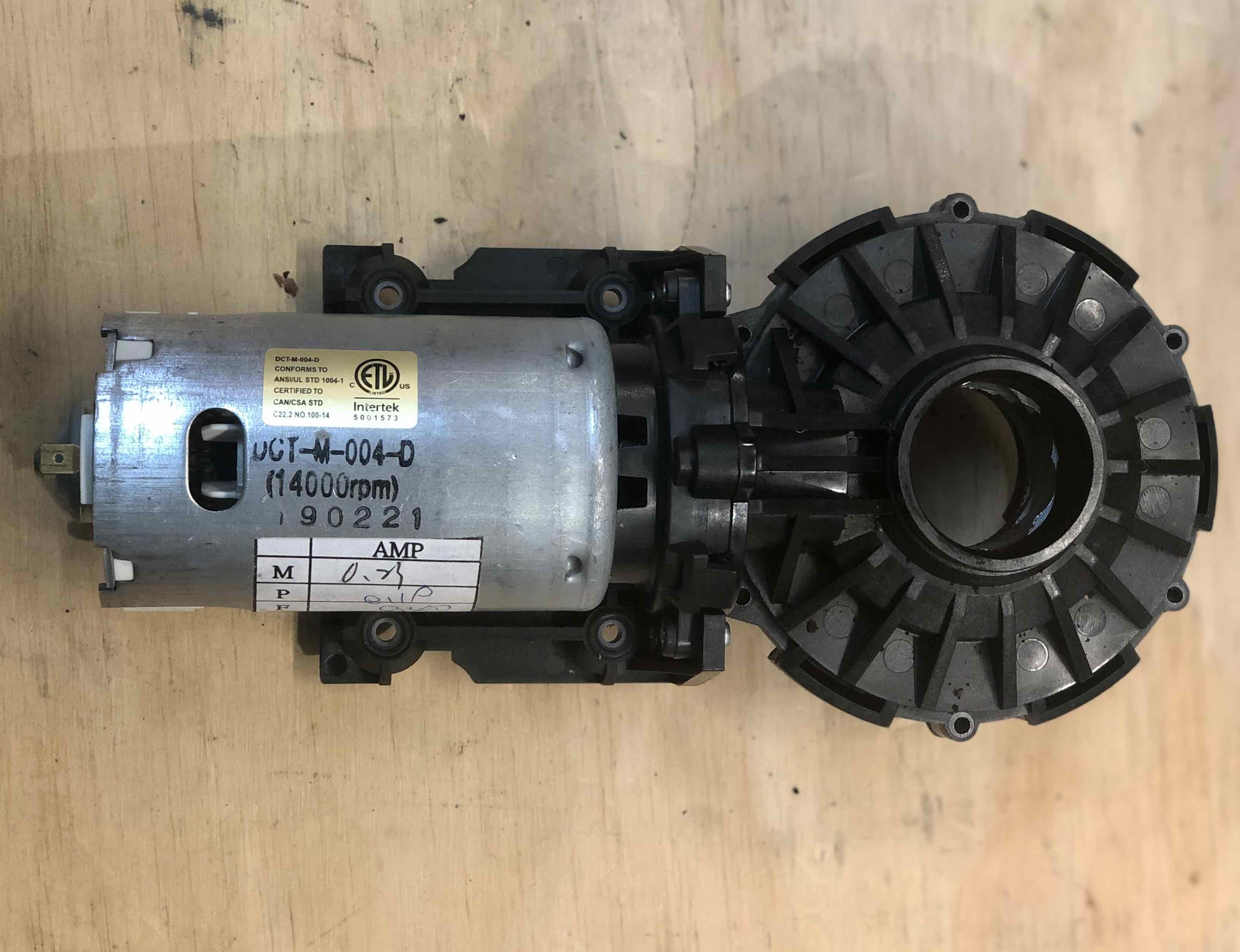 The motor itself is a brush driven motor.  I did not try to remove the brushes, but they do appear to be replaceable if they wear out over time.   My Preciso has a similar motor and I have used it for 6 years.  Nothing to worry about in my opinion. 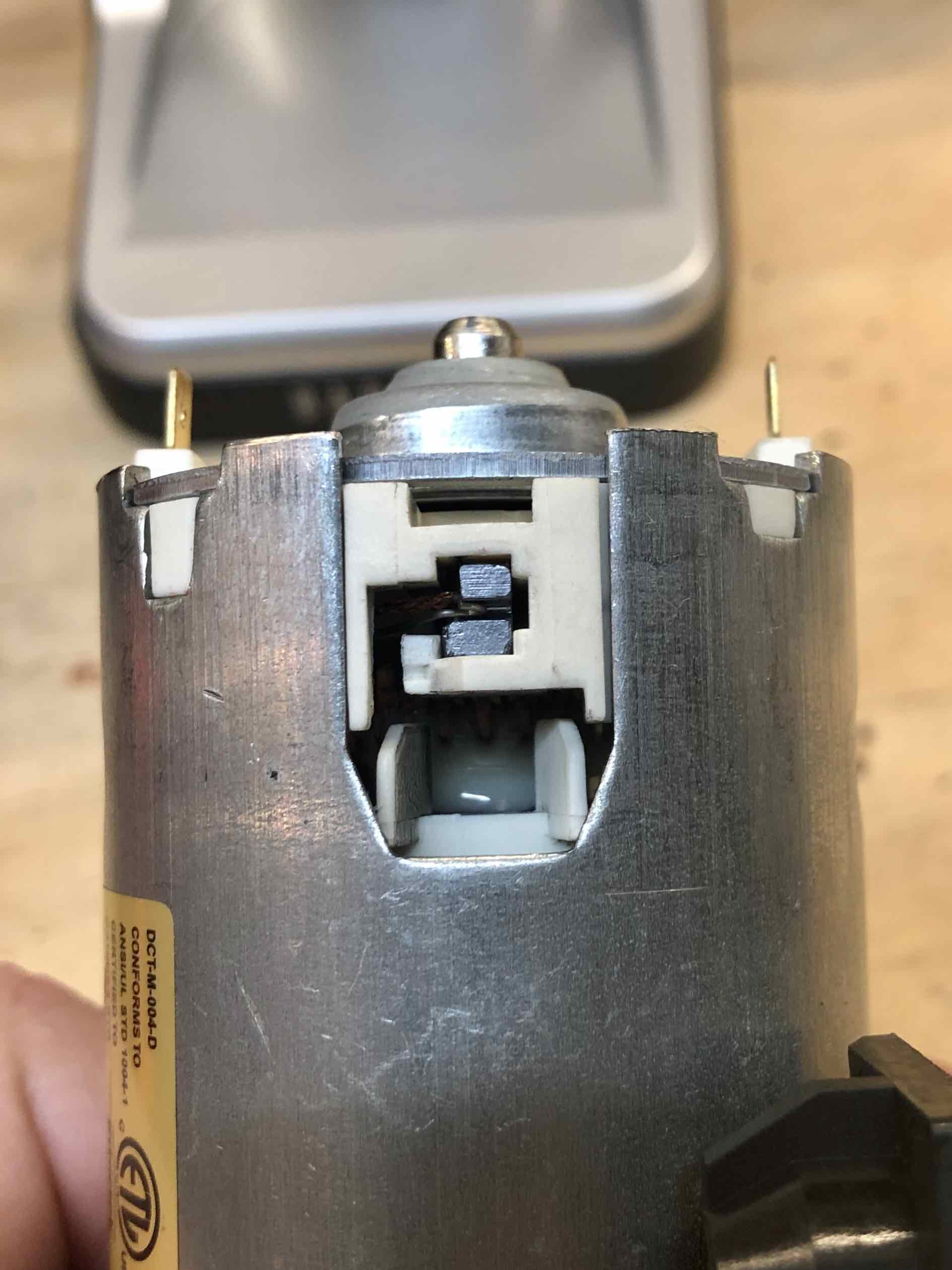 So putting it all back together how does the Baratza 270 perform?   I started out using it for V60 pour over coffee.  I could immediately notice an improved taste when comparing to my Preciso.  It's difficult to see, but the grounds seem more uniform, and the adjustment mechanism is easy to calibrate. 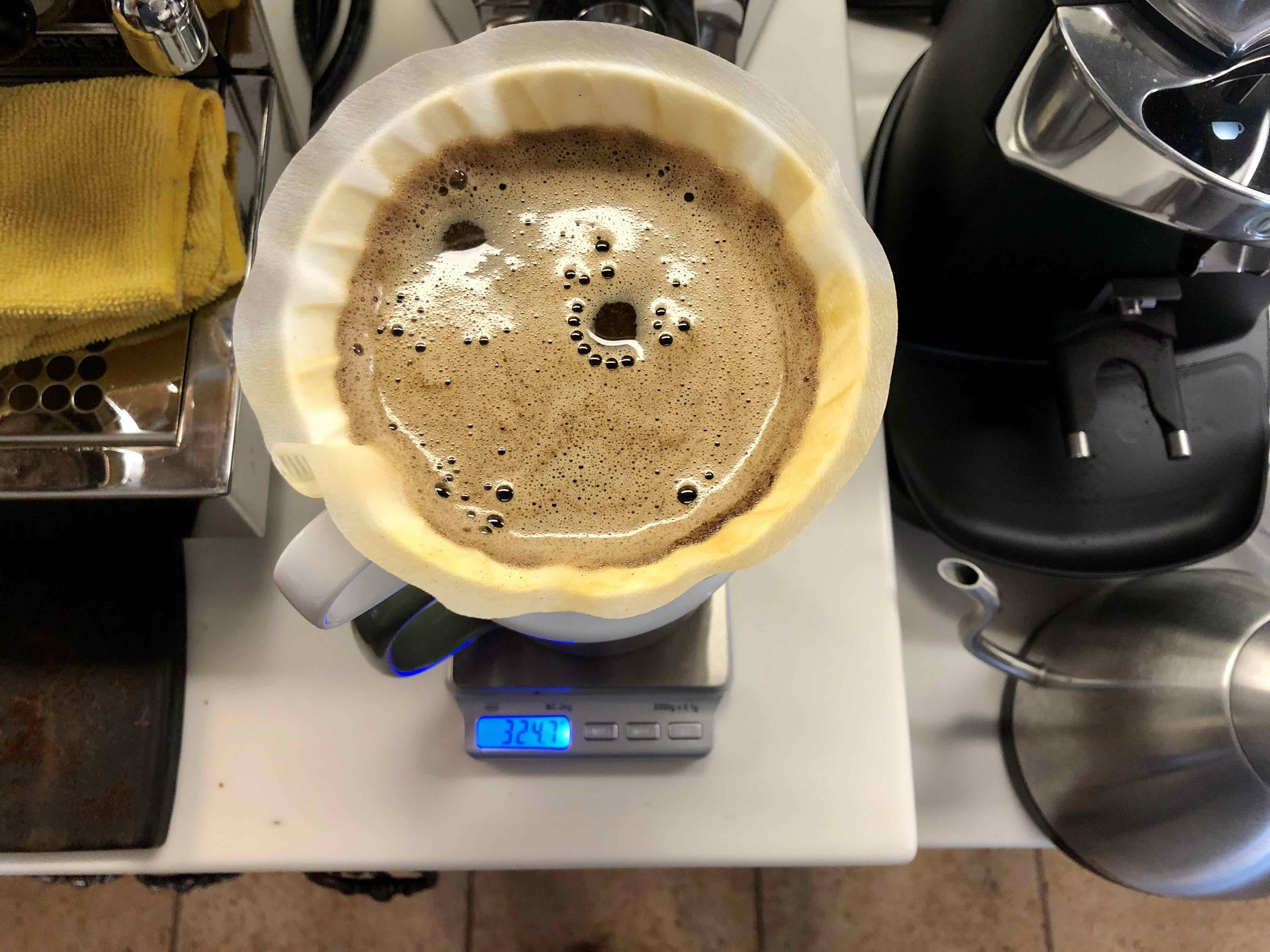 How does it perform with espresso?  Quite good!   It is one of those relative things where for most people this is a great grinder to pair with a Breville, Gaggia Classic, Delonghi, Silva, etc.   If you wanted to pair with a Rocket, ECM or similar you might not be able to push your machine as far in terms of extraction.  All that said I was able to achieve very good espresso shots using my Rocket Giotto, as well as an ECM Classika that I am reviewing as well.   I am able to dose directly into the portafilter, and without using a WDT whisk, I could tamp and achieve a fairly uniform extraction.  That is great when you don't want all the extra steps for puck prep.  I was usually grinding espresso somewhere around setting 8 on this grinder. 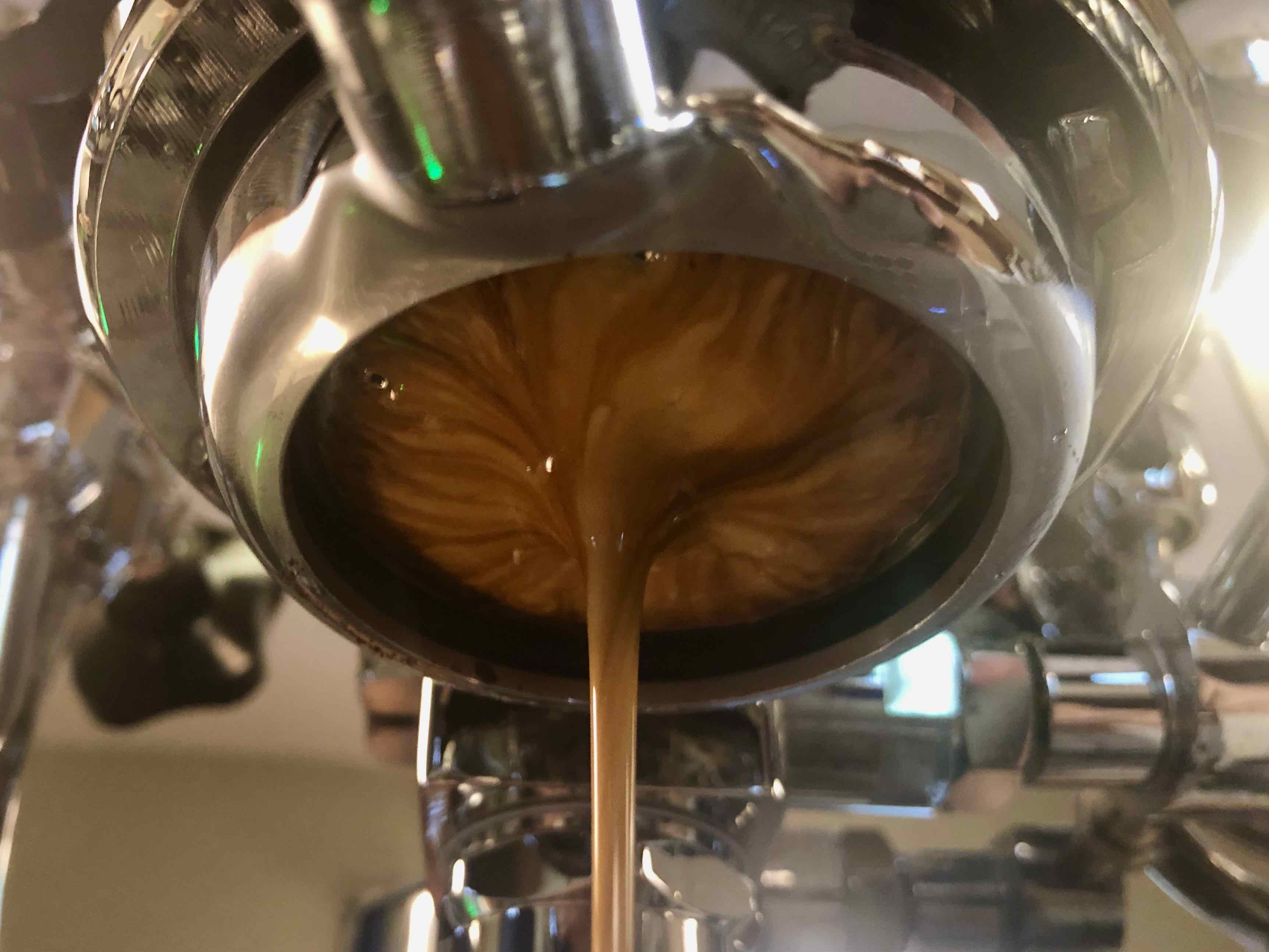 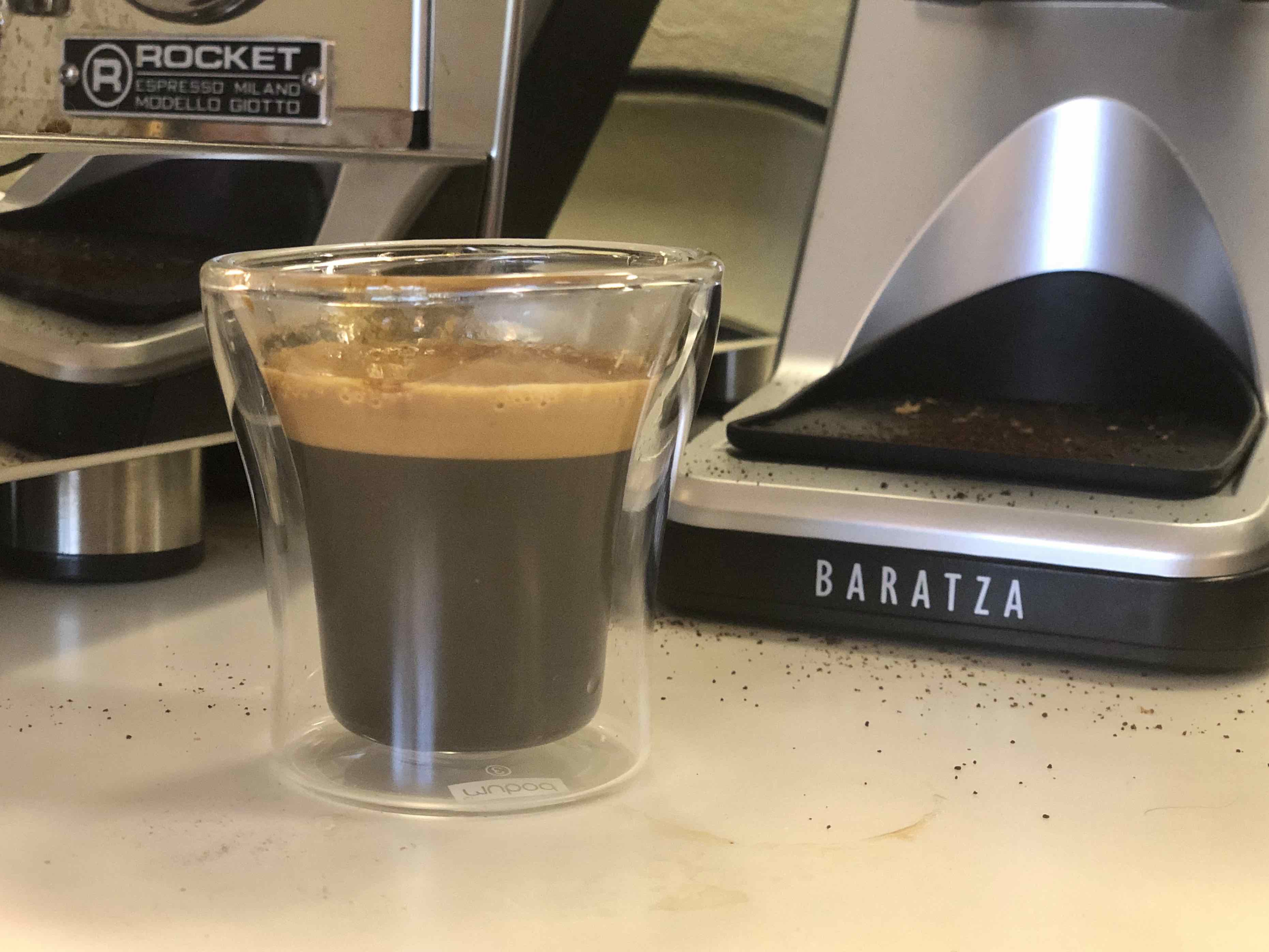 A picture of various settings starting in the upper left corner at setting 1A, and bottom right corner ending at 31I 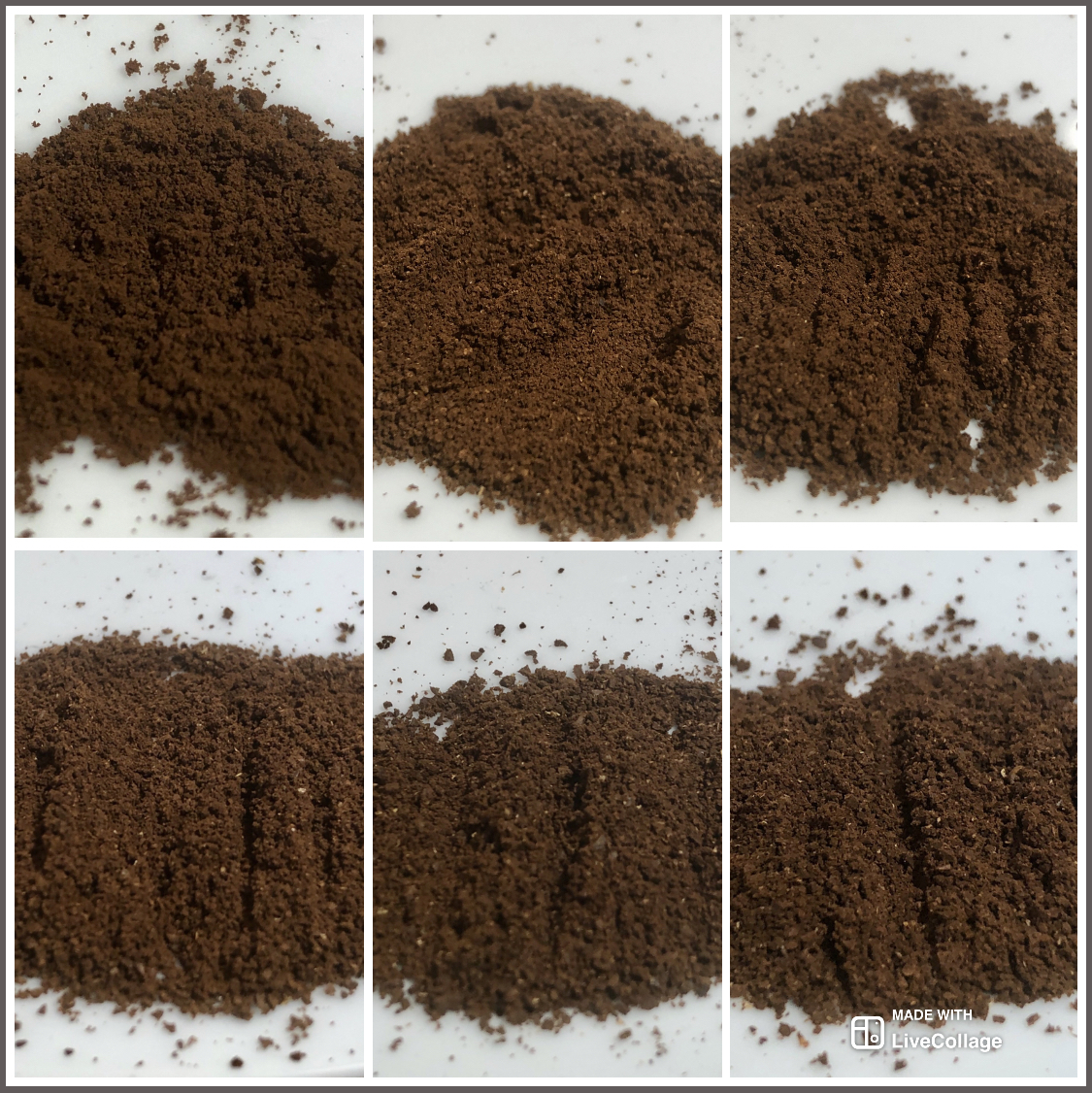 Parting thoughts - this is one heck of a grinder!  Having Baratzas in the past, it seems like Baratza has taken note of many of the issues that drove us crazy on the older designs and made major improvements in the 270.   The design of the grinder is unique.  It is fully capable of making everything from large cold brew grounds all the way to fine espresso grounds by using the course and fine adjustment rings.   If your significant other and/or kids are light sleepers, this grinder is sure to wake them up!  It is very loud, one of the loudest grinders I can remember.   The housing is mostly plastic which does not absorb the noise like a metal cased grinder does.   On a similar note plastic grinders are prone to more static.   I did not have issues, but as I write this, it is summer and humid.  You might get some grounds clinging to the plastic during the dry winter months.

This Baratza 270 came from www.espressooutlet.net and usually sells for about $400.

Buy one from Espresso Outlet Here

Who is this grinder for: 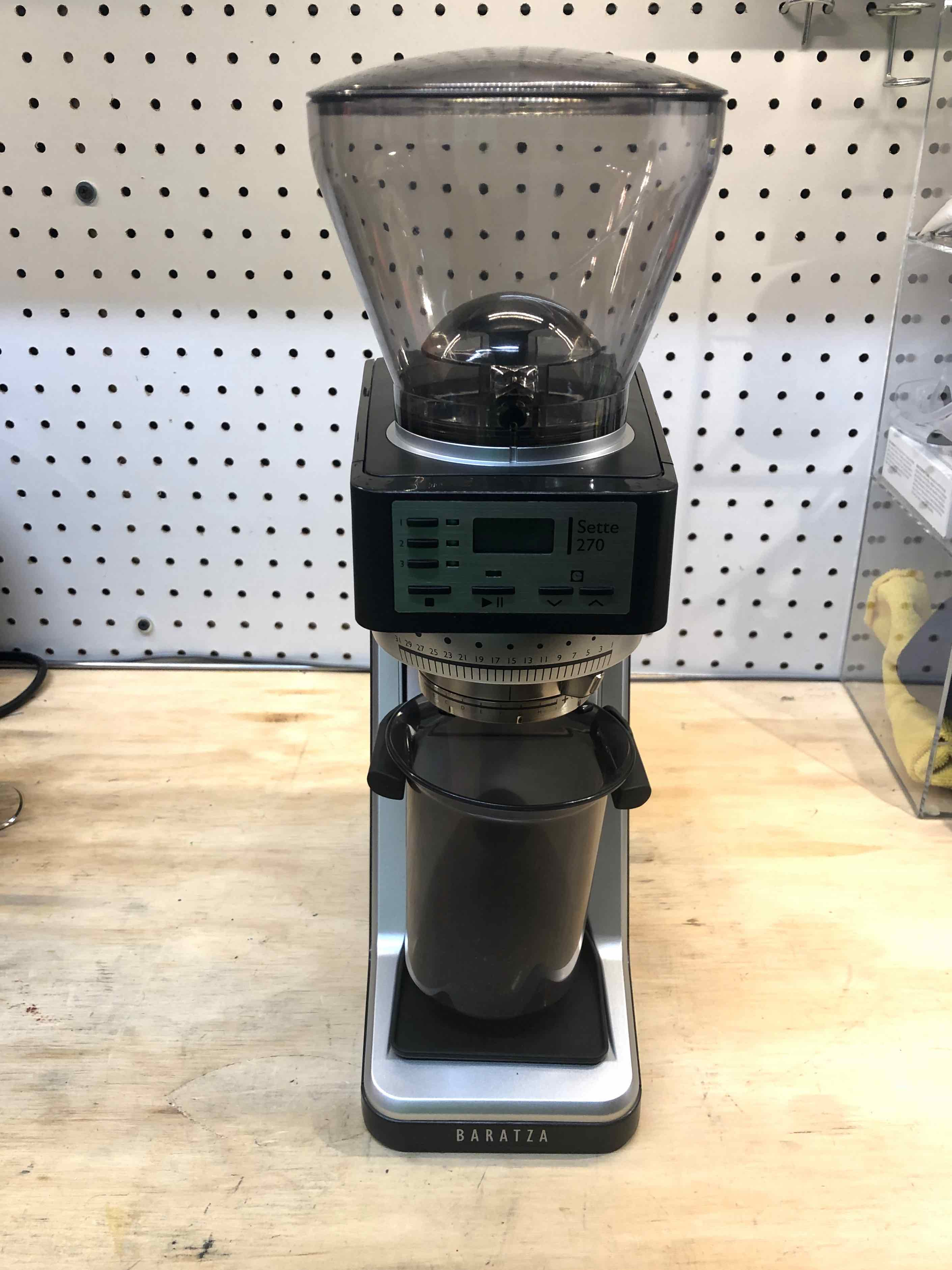 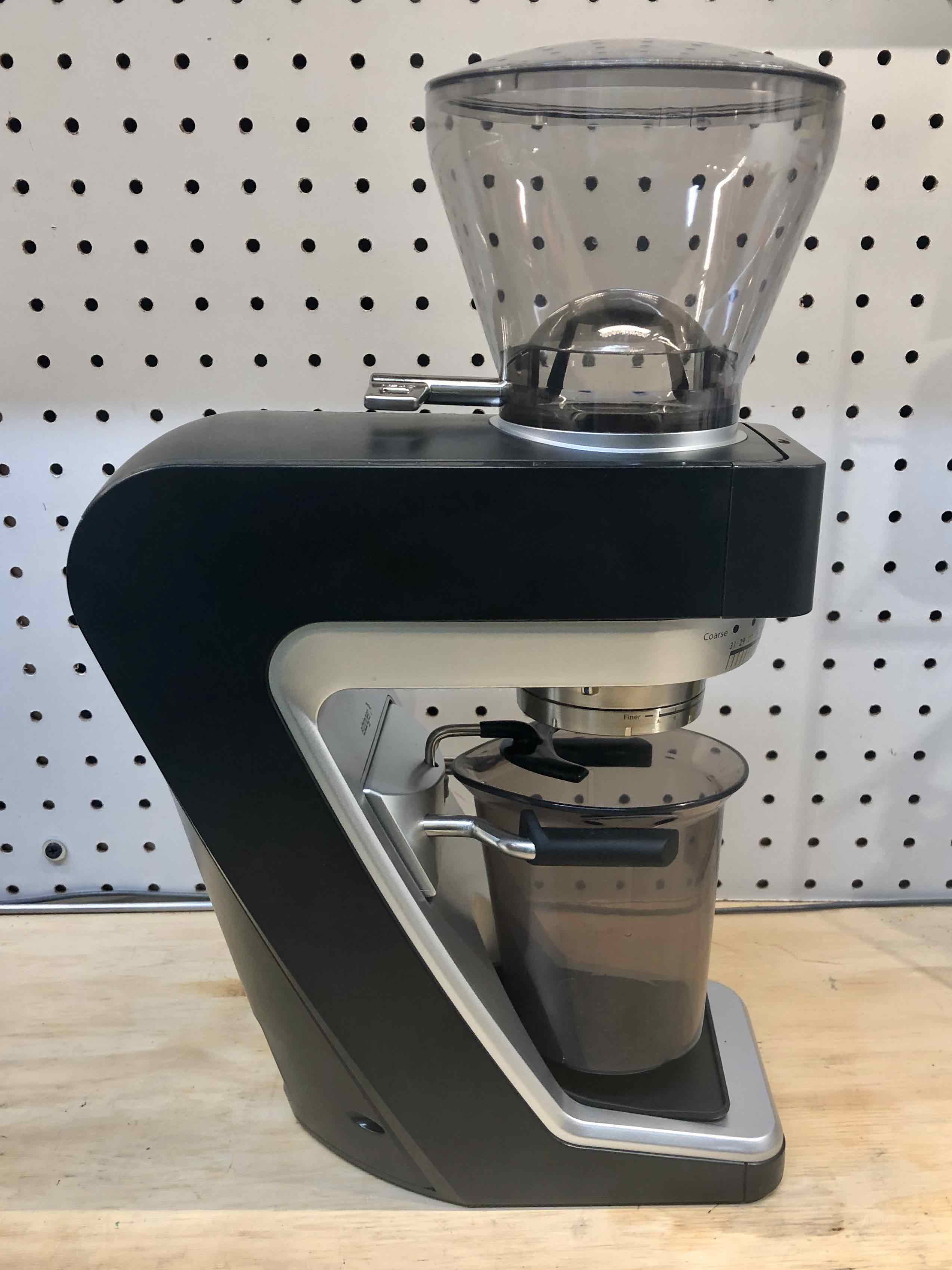 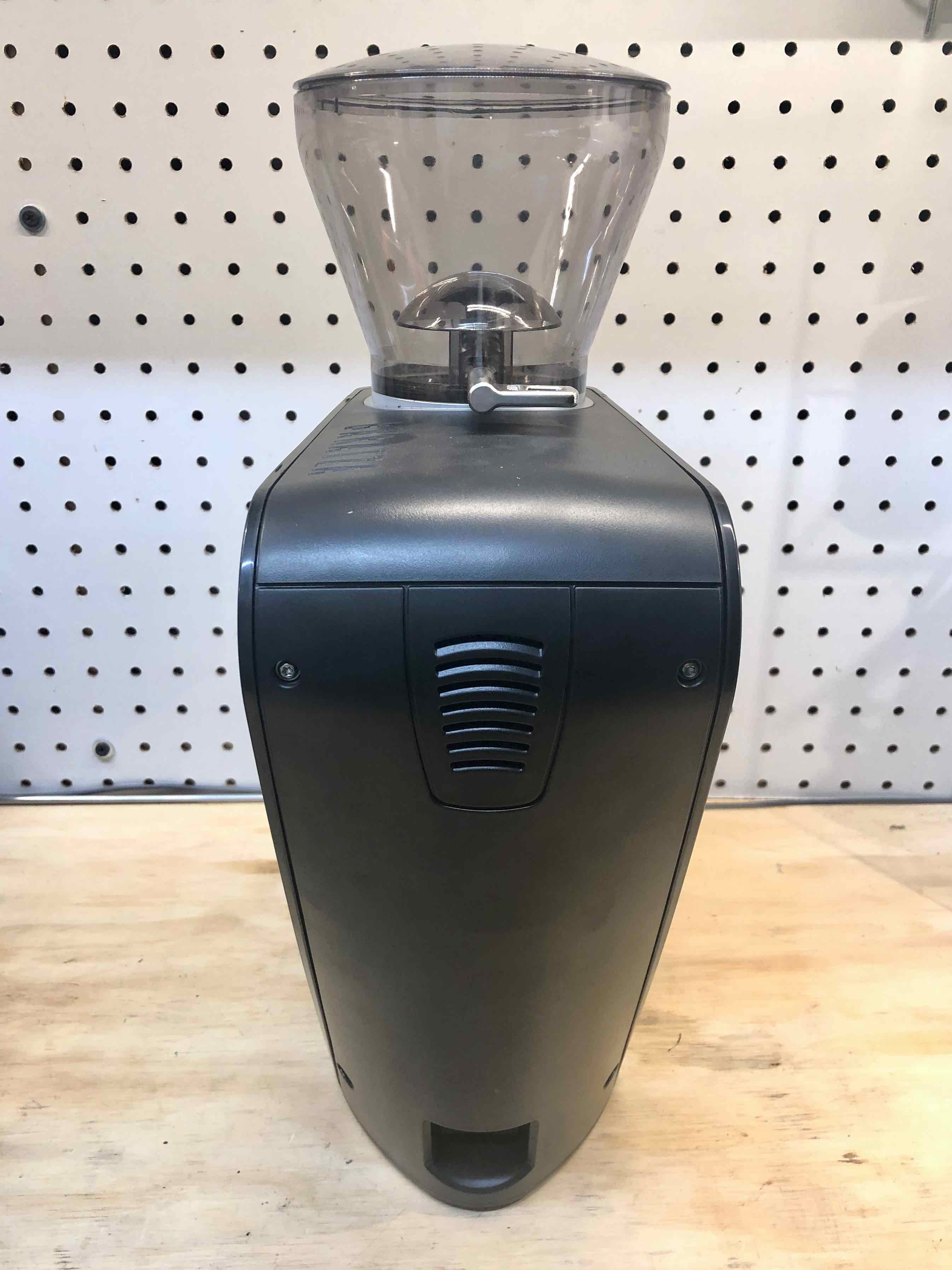 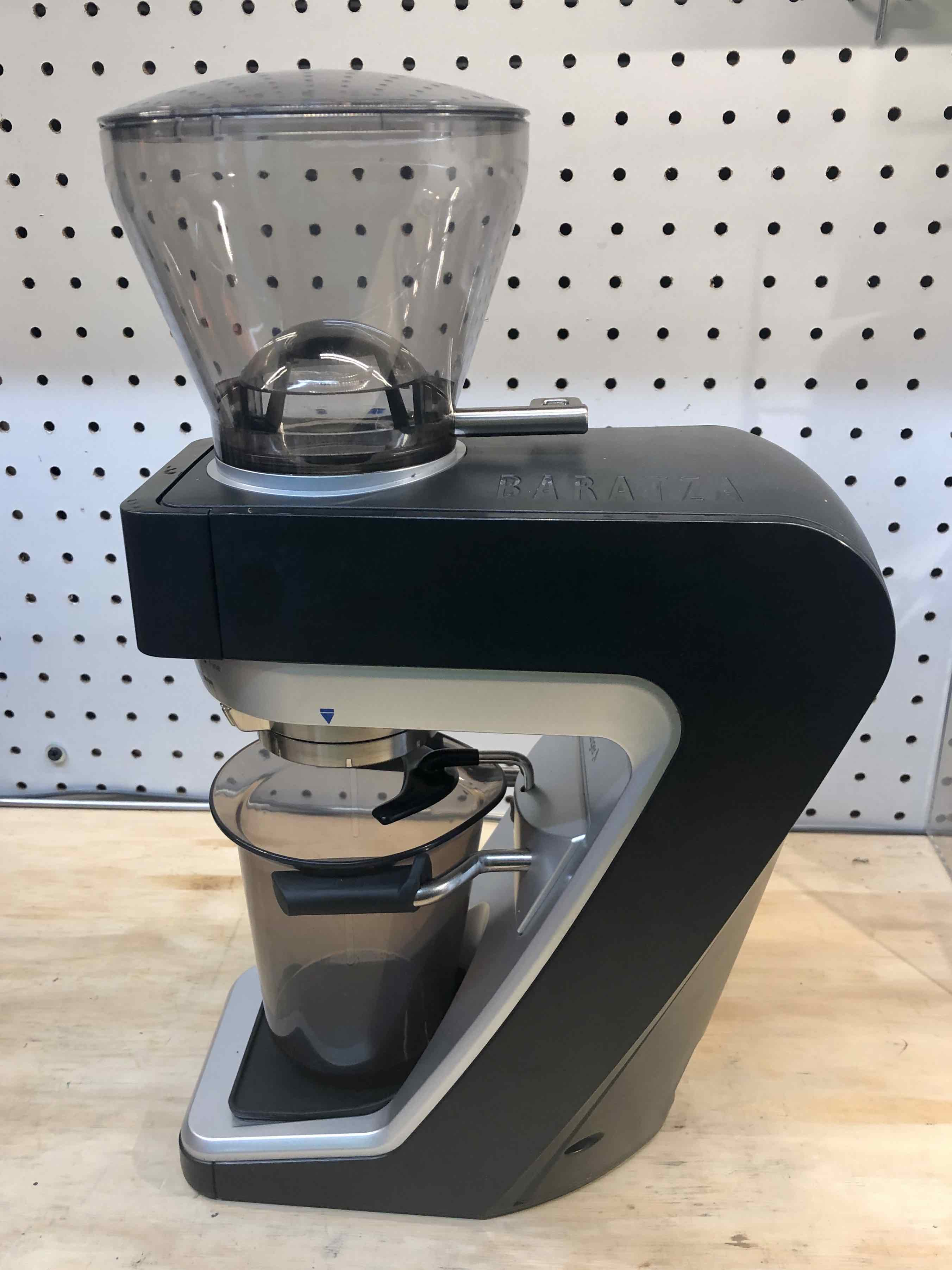 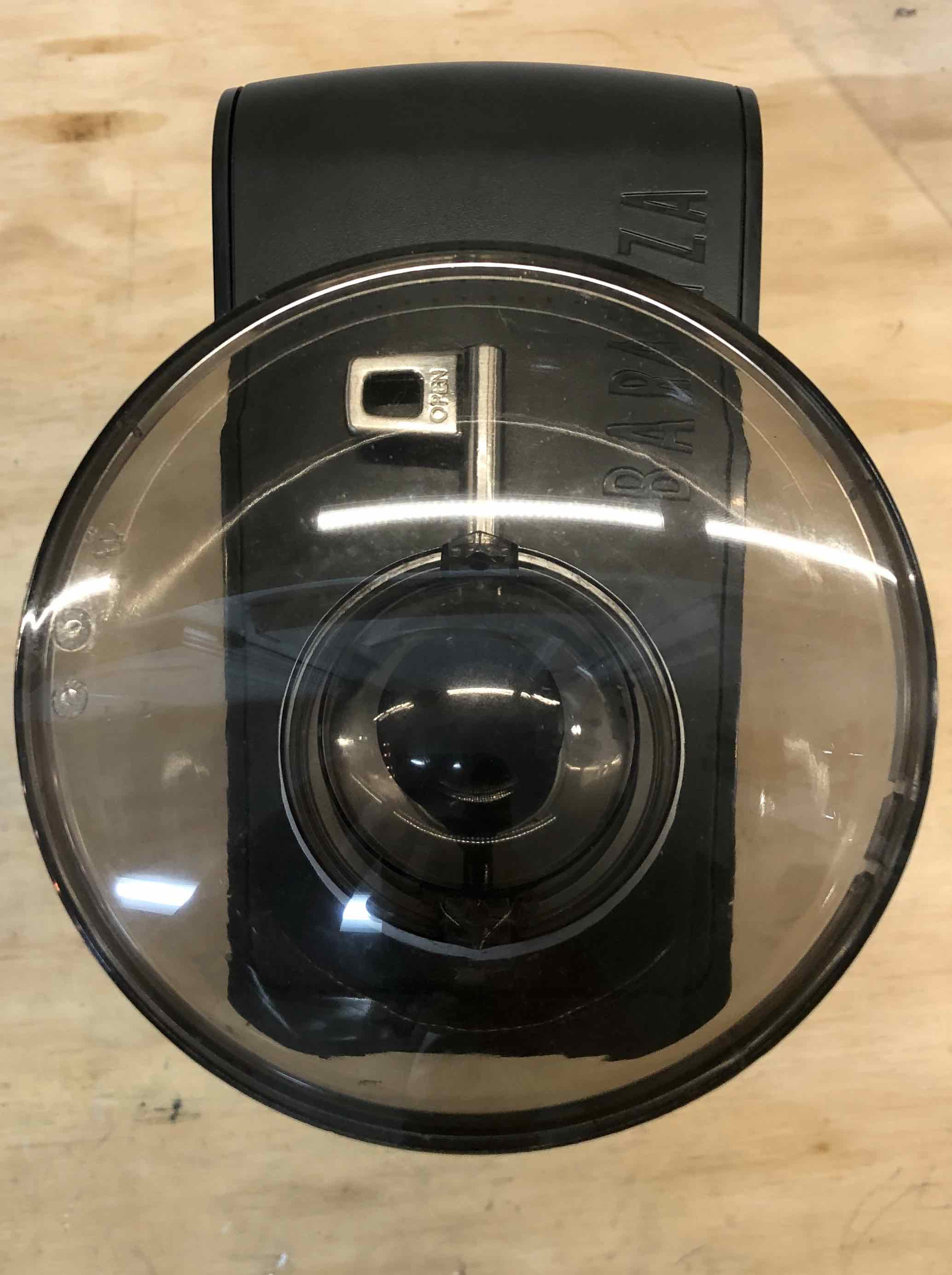 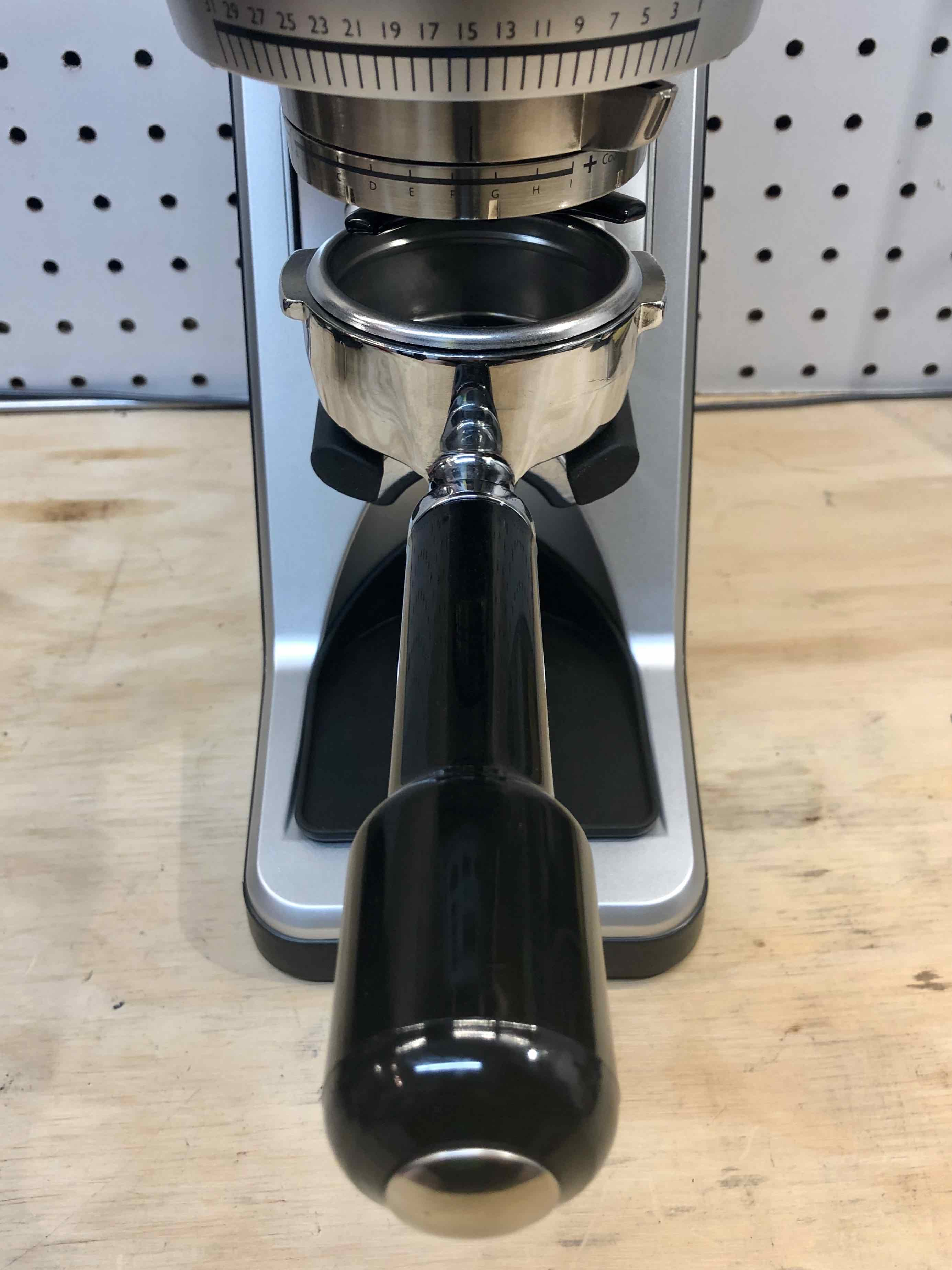 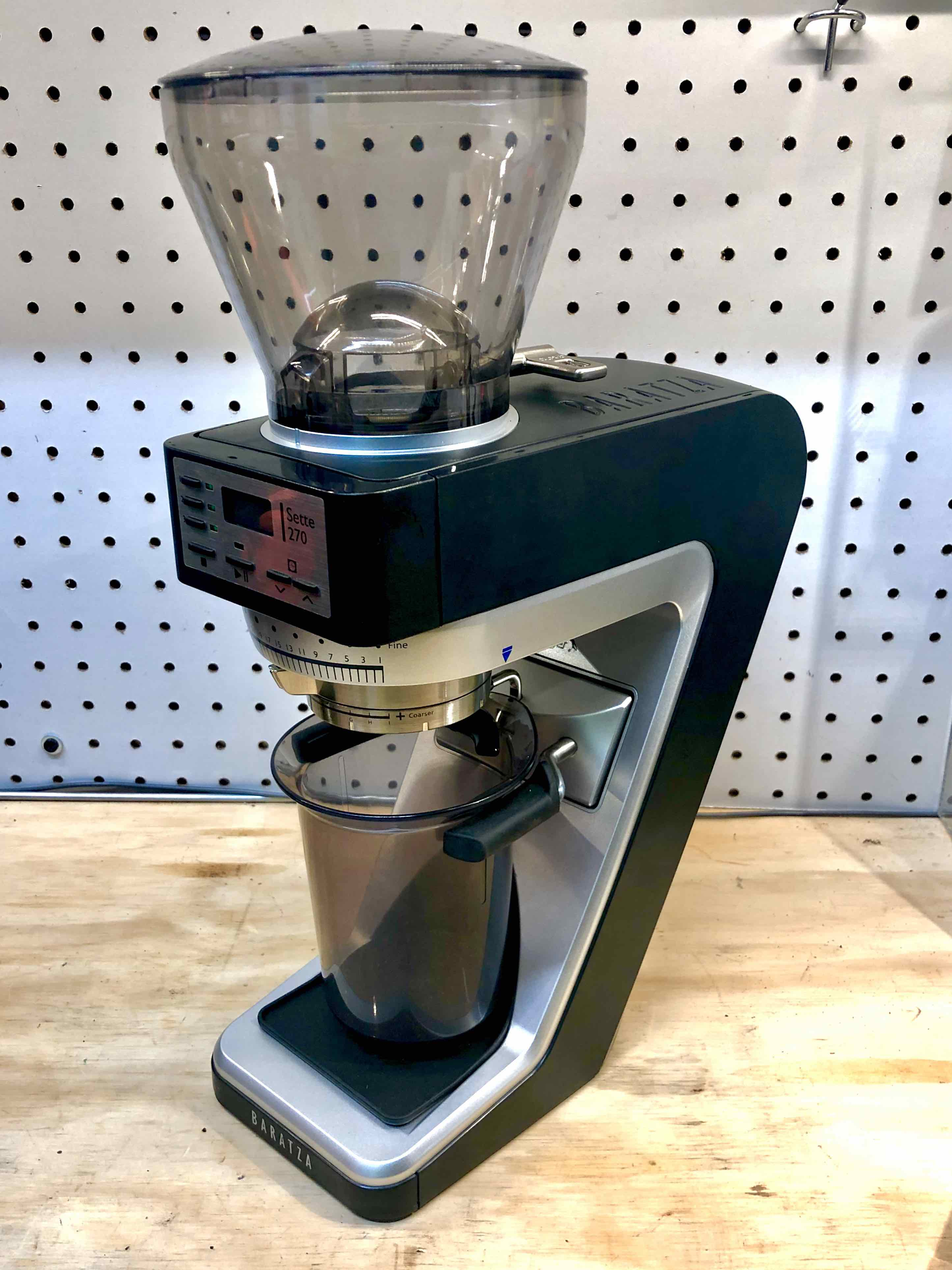 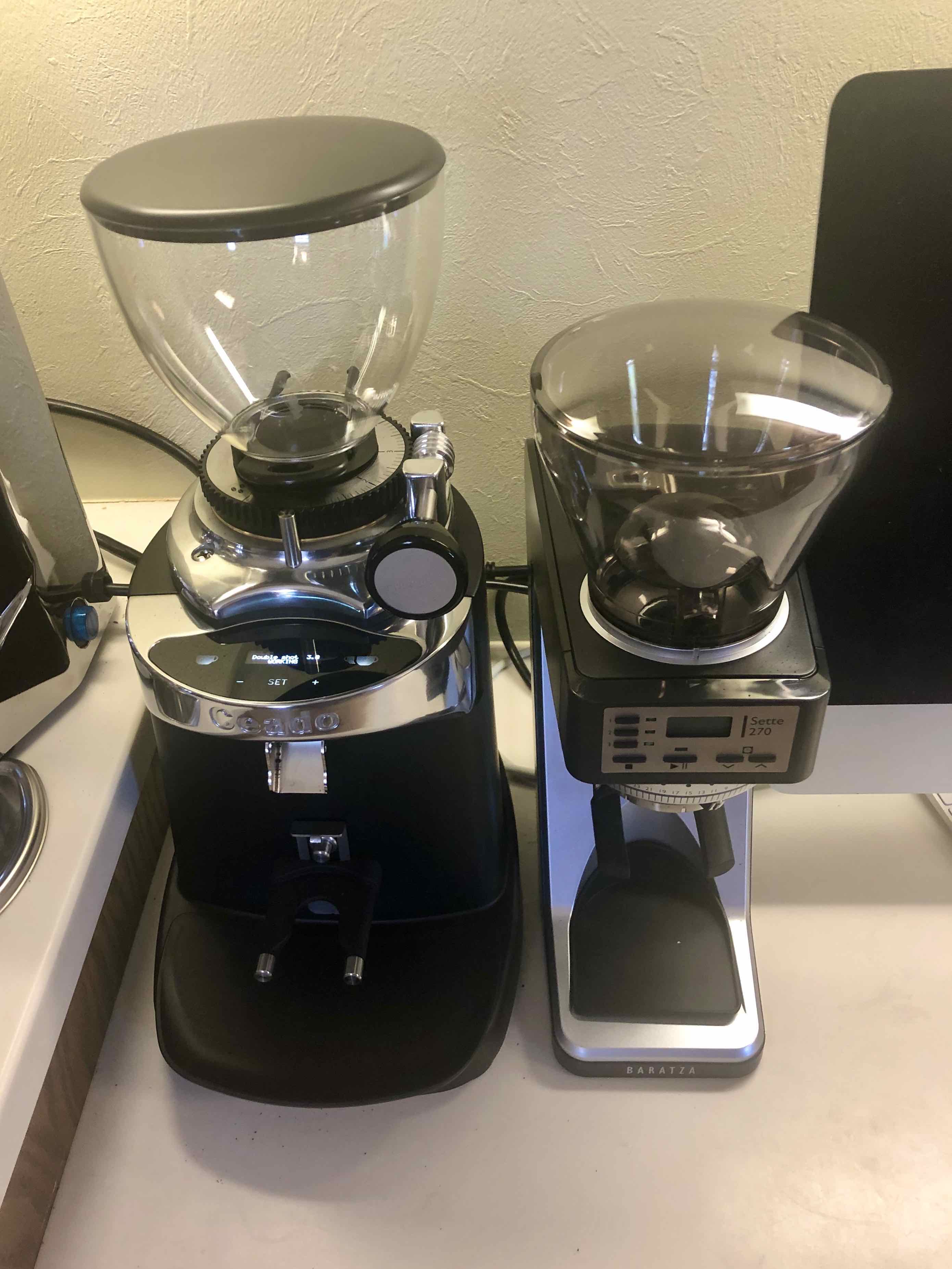