Baratza LLC is a manufacturer of one of the most popular home espresso and coffee grinders in the United States. The company head quarters are in Seattle, WA, where the grinders are designed and where they have a support center that is known for their friendly support. The company was founded over 20 years ago by Kyra Kennedy and Kyle Anderson and took it from a very small company to become a major player in the United States and global specialty coffee markets. The company was recently acquired by the Australian company, the Breville Group.

We are often asked about how the Baratza grinders compare to each other. The home user level grinders are the Encore, Virtuoso, Sette 270, and Sette 270 W. Prosumer models are usually considered the Sette 270, Sette 270 W, Vario and Vario W. The Forte AP and Forte BG are the commercial grinders, although they are often used by prosumers as well. 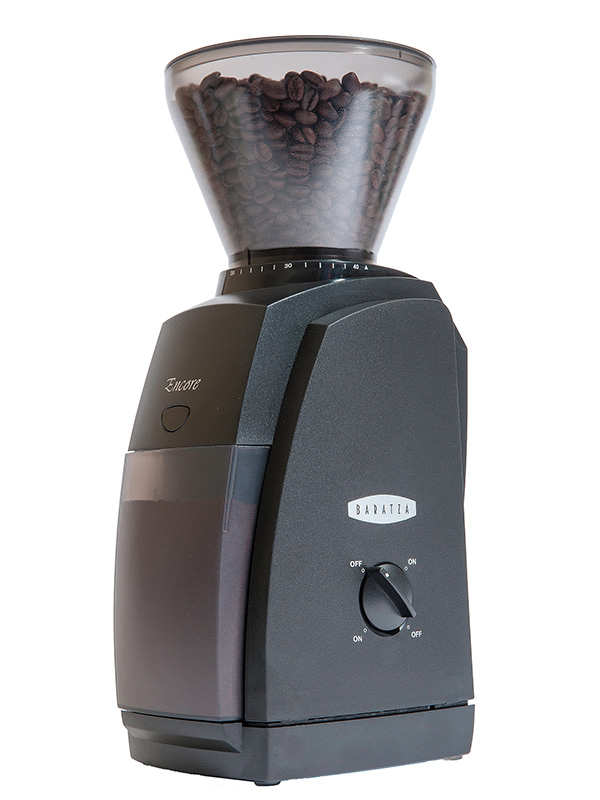 The Encore is a good basic entry level grinder. It’s an all purpose grinder, that can grind for a range of coffees, including French Press, automatic coffee brewers, Aeropress, Clever Dripper, V60, and espresso. It does a better job with manual brewing sizes than it does with espresso. While it can do espresso, it does decent job, but not great. This grinder is a stepped grinder that provides 40 steps of adjustment. The burrs are conical. 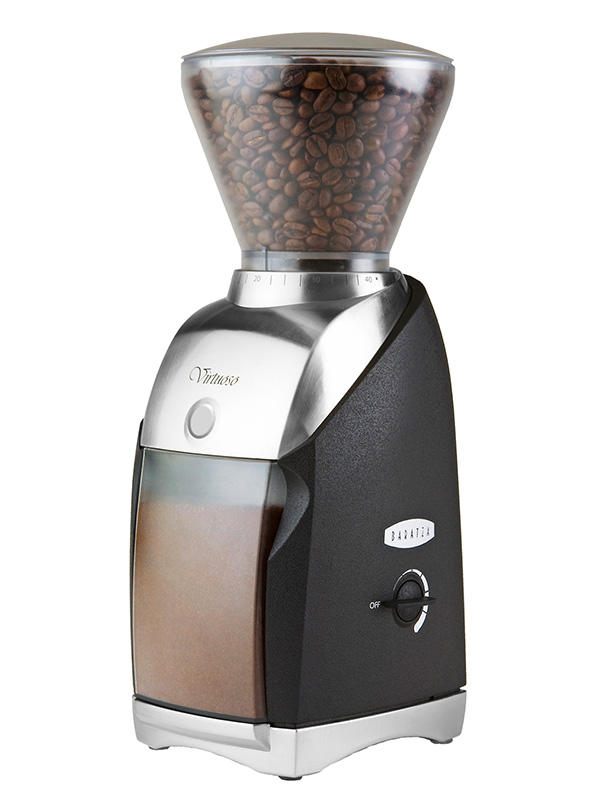 A step up from the Encore is the Virtuoso. This grinder has better burrs that reduce the amount of fines in the grinds, thereby providing a better quality brew. This is a good grinder to get if you want to see an improvement in your manual brew coffees, but in terms of espresso it provides relatively the same quality of espresso grinds as the Encore does. Like the Encore, it is also a stepped grinder that has 40 steps of adjustment. The burrs are conical. 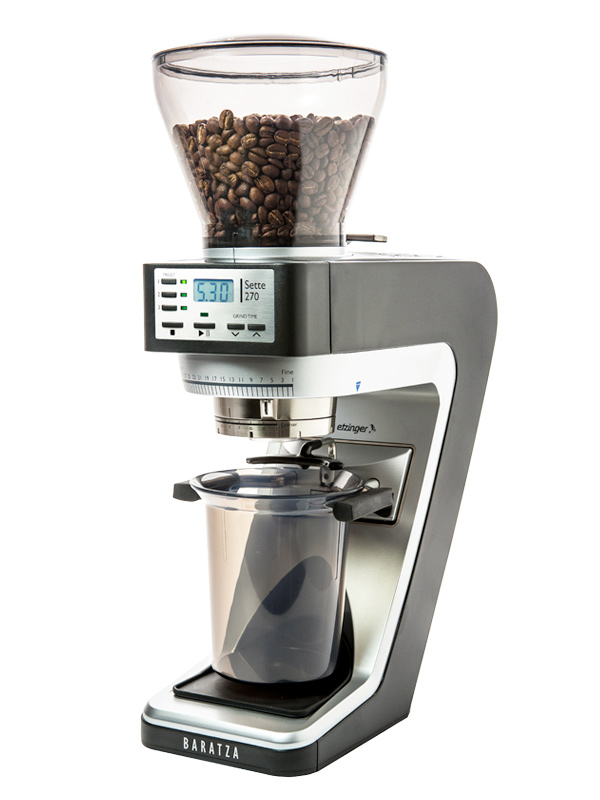 This grinder will provide a big improvement in espresso sized grind quality versus the Encore or the Virtuoso. It has a unique burr design that greatly reduces the grind retention in the burrs. Grind retention is the amount of coffee that remains in the burrs after grinding is completed and the burrs have stopped turning. The coffee the remains in the burrs will end up in your next cup unless you purge the grinder for a few seconds to remove this retained coffee. The reason you don’t want retention is that grinds start going stale immediately after being ground, altering the flavor in the cup. It’s a stepped grinder like the others, but has 270 steps vs the 40 on the Encore and the Virtuoso. It has a macro and micro adjustment mechanism that allows for precise adjustment between grind sizes. It can do a range of coffees, but does best with espresso. The quality for the other methods is similar to the Encore and Virtuoso. The burrs are conical. 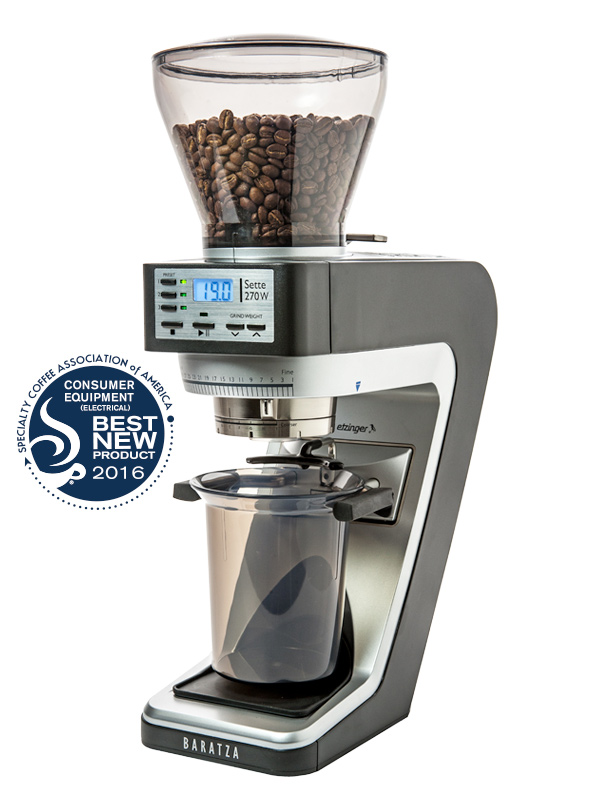 This grinder has the same features as the Sette 270, but has a grind by weight feature that the Sette 270 does not have. This allows you to precisely adjust the amount of coffee that will be ground into your portafilter basket. 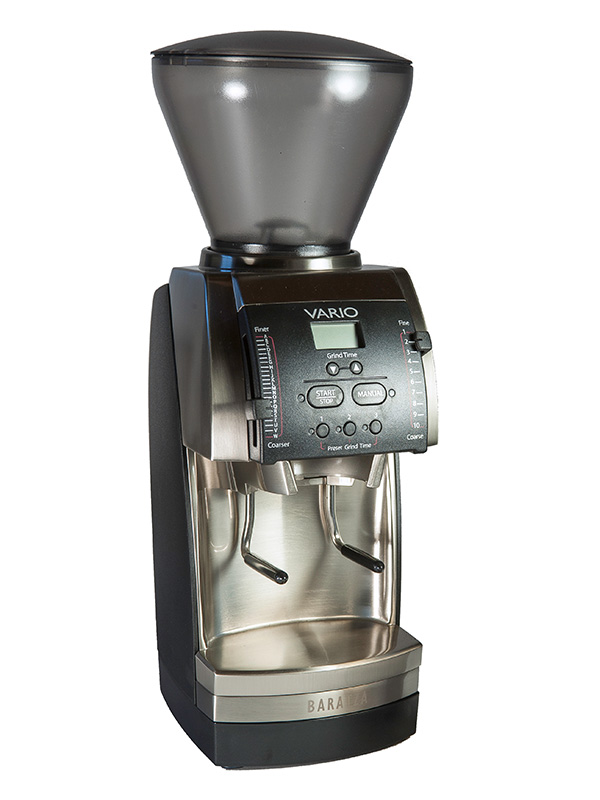 The Vario is a flat burr grinder that will provide an improvement in grind quality for manual brew methods and many say an improvement in espresso grind quality. It may have more clumping than the Settes with some coffees. It will also have more grind retention versus the Sette. It has 230 steps for adjustment. It has programmable dosing using timer functionality. It can grind direct into a portafilter or a grounds bin. It does exceptionally well with French Press when compared to many other grinders on the market.

It has all the same features that the Vario has, but has a grind by weight functionality that allows you to precisely dose based on weight. 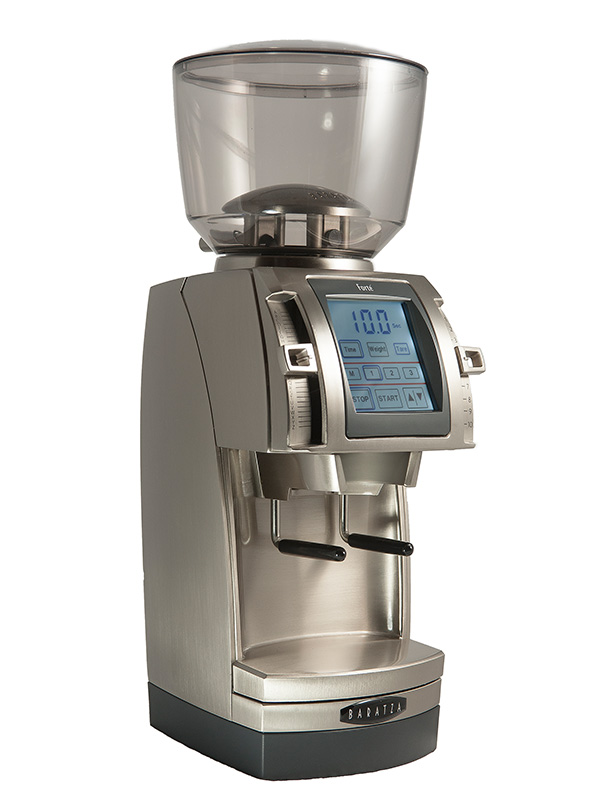 The Forte AP is a ceramic flat burr grinder that is a step up from the Vario grinders. It has a faster motor and faster burr speed. The Vario is rated at 1350 RPM versus the Forte that is rated at 1950 RPM. The Forte is 240 watts vs the Vario that is 180 watts. The Forte has the same size burrs as the Vario, but they are more robust Ditting burrs. The Forte can dose by weight or time. Like the other Baratza grinders, the Forte AP is also a stepped adjustment grinder. With 260 steps, it has more precision than the Vario does. The Forte is robust enough to be used as a decaf or single source grinder in commercial coffee shop environments. 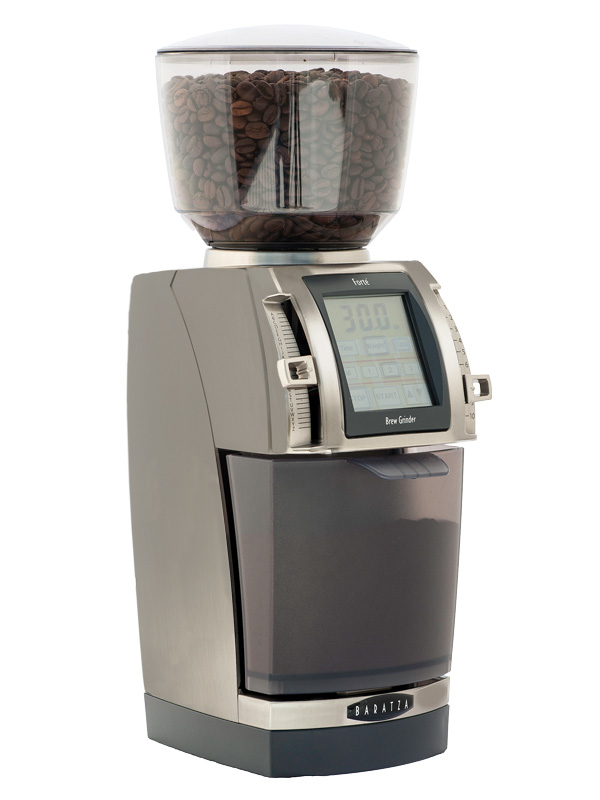